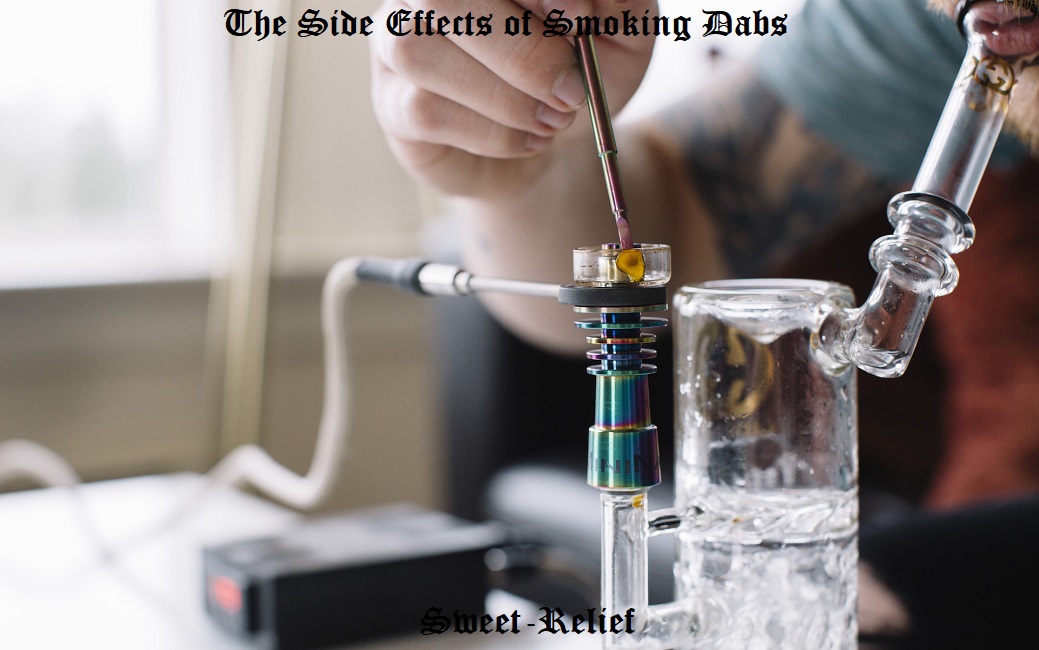 Dabbing concentrates has emerged as one of the most popular ways to consume cannabis. Many consumers enjoy the potent flavors and aromas of this highly concentrated form of cannabis. However, too much of a good thing is possible if you dab excessively.

Here you’ll learn about the potential positive and negative effects of dabbing, as well as how to avoid the unwanted side effects of excessive dabbing.

It may be surprising to know that dabbing has been prevalent in the smoking world for more than a decade. But with the recent legalization and advanced method of extraction, smoking dabs have become all the rage at the moment. Even though it is highly confused with the dance type, dabbing does have a better and long-lasting effect! And if you wanna twerk after that, that’s totally on you!

So, what exactly are dabs, and how are they made? How to smoke dabs, and what constitutes dabbing?

Dabbing is the act of inhaling vaporized cannabis concentrates through a temperature-specific heating method such as a dab rig, e-rig, or vaporizer. Dabbers have an array of choices when it comes to the type of concentrate they can dab, such as budder, crumble, shatter, and wax. Depending on the dab rig, e-rig, or vaporizer they use, they can control the heat settings precisely.

The right temperature is important for dabbing since extremely high temperatures can burn away therapeutic cannabinoids and terpenes while also potentially introducing carcinogenic chemicals into the mix. For this reason, the benchmark temperature range for dabbing is between 380 and 420 degrees Fahrenheit.

Smoking Dabs: What are they?

Starting from the basics, let’s look at what are Dabs and how exactly are they made?
Dabs are a concentrated version of your regular marijuana and cannabis buds and flowers. Smoking Dabs are perfect for heavy consumers or those with severe medical conditions. With the help of a solvent like butane or carbon dioxide, the THC and other cannabinoids are extracted, resulting in a sticky, oily texture.

When tested, Buds and flowers contain 10 to 25% THC, while concentrates tend to test between 50 to 80% THC, depending on the extract type and quality. It is evident that the THC in Dabs are magnanimously higher than raw buds, and you only need a tiny amount to be mind-numbingly ripped!
The next time someone asks how much THC is in Dabs, you would know the correct answer.

You can also avoid the cerebral euphoria by dabbing non-intoxicating cannabis concentrates, which will give you a quick therapeutic relief without the uninvited “high”.

Now that we know what dabs are, let’s see how they are made and how do you smoke dabs!

Smoking Dabs: How are they made?

If you’re wondering how are dabs made, there are two different processes of extracting the CBD and Terpenes from the raw cannabis buds; Solvent-Based Extraction and Solventless Extraction. Solvent-based extraction makes use of hydrocarbon solvents such as butane, propane and hexane, or through the use of CO2. On the other hand, Solventless extraction method uses only heat and pressure to produce concentrates.
Basically, dabs are made out of the buds and are a more compressed and processed version of them.

What happens when you dab too much?

Cannabinoids and terpenes aren’t the only things that high temperatures can damage. There is also a risk of harming the lungs and other parts of the respiratory tract. “While theoretically, there is need for far less consumption to obtain the same effects as vaping or smoking, the long-term consequences of dabbing will need ongoing study to predict which is safer,” said Dr. Melanie Bone, a board-certified OB-GYN and cannabis specialist.

While the long-term effects of too much dabbing may not yet be clear, the short-term side effects are similar to those associated with any type of overconsumption of THC. These may include:

If you experience these or other side effects after dabbing, be sure to consult with a medical professional.

The effects produced by cannabis concentrates are similar to those produced by weed, however, they are far stronger and more intense. Physical side effects of dabs include:

Since wax, oil, budder, and shatter are all fairly new substances, the long-term physical effects are largely unknown.

Some of the most unpleasant side effects produced by dabbing are those that are psychological. These include:

People who suffer from mental health conditions, like depression, anxiety, bipolar disorder, or schizophrenia may be more at-risk for experiencing these side effects. In addition, using wax and concentrates increases the risk of negative psychological symptoms.

One of the most alarming dangers associated with smoking dabs is its ability to significantly increase a person’s tolerance.[2] Dabs contain a much higher percentage of THC than normal cannabis does, so tolerance increases at a rapid rate. This means regular marijuana users will need to use more and more THC to produce the effects they desire. Eventually, some users will be unable to experience any pleasurable side effects from weed – they will have to use concentrates in order to feel high.

To be clear, there is a stark difference between smoking weed and smoking dabs. Dabs are far more potent and come with increased risks and dangers. Here are a few potential dangers of using marijuana concentrates.

Risk of Explosion or Burns During the Extraction Process

The list of concerning dab drug side effects encompasses more than the use of the drug itself. In fact, manufacturing dabs can be extremely dangerous. Concentrates are made by blowing butane through a marijuana plant that is packed in a pipe. This helps to extract the oils from the marijuana plant. Butane is a highly volatile and flammable liquid, so if done improperly, the extraction process can lead to explosions, fires, or burns.

High Potency Can Lead to Dangerous Side Effects

The average marijuana flower has 12-13% THC. Marijuana extracts, on the other hand, usually have a THC content that is greater than 50%. Some concentrates contain as much as 80% THC.[3] With such a high amount of THC, people who use dabs may be more likely to experience adverse side effects such as paranoia or psychosis. Some users may even pass out immediately after hitting a dab, putting themselves at risk of injury by falling. In addition, the dab drug can be more detrimental to young developing brains than marijuana due to the potency of the substance.