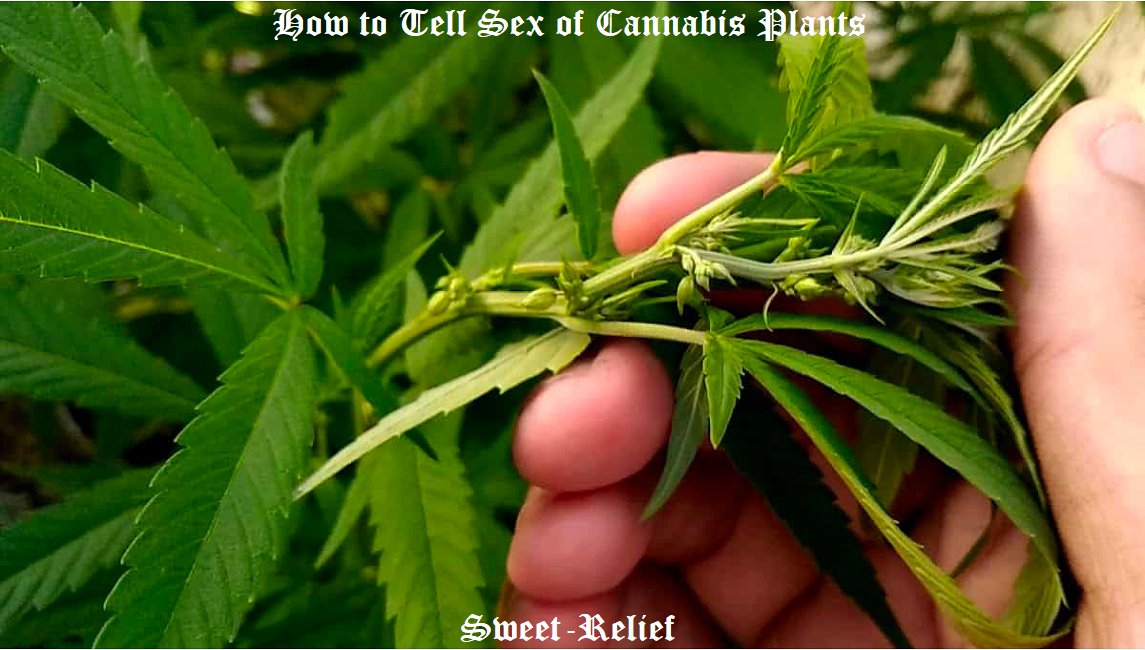 What are cannabis “pre-flowers?” They are little versions of adult flowers that appear on your marijuana plants relatively early in the vegetative stage.

When I first started growing weed, I learned (incorrectly) that there is no way to determine a cannabis plant’s sex until the flowering stage. But I’ve since learned that pre-flowers can reveal the plant’s sex while it’s still in the vegetative stage! Cannabis plants grow pre-flowers as young as 3-4 weeks from germination for male plants, and 4-6 weeks from germination for female plants.

Plants have several different ways to reproduce. The most common method is sexual reproduction. Plants that reproduce sexually with seeds are called angiosperms. Approximately 80% of green plants identified on earth are angiosperms, including cannabis.

Plants can reproduce in a few different ways.

Hermaphrodite plants consist of single flowers that contain both male and female reproductive organs. Tomatoes are a good example of a plant that is commonly hermaphrodite. In rare cases, cannabis can also be a hermaphroditic plant.

Monoecious plants will produce two separate types of flowers within the same plant. Bananas are an example of a monoecious plant.

The sex of your cannabis plant plays an important role. Female plants are much more desired, as they produce the flowers (cannabis buds) that you consume.

As mentioned, male cannabis plants produce pollen which can easily spread throughout a grow area. In fact, a single male plant can pollinate hundreds of females within a single grow space! To make matters worse, male cannabis plants develop pollen sacks before females begin producing buds. It often takes around one to two weeks for male plants to begin producing pollen sacks (characterized by a small “sack” as opposed to a white “hair” or pistil) whereas female plants often take two to four weeks or longer to show gender.

Though genetically speaking, this is a great way for plants to ensure reproduction, modern grow techniques advise against this. After all, once a male cannabis plant drops pollen, any nearby females will produce seeds in response. This not only increases weight, but it also reduces potency and adds one extra step to the smoking process.

Steps for Sexing Your Cannabis Plants

There is an easier way to determine the sex of cannabis plants than to simply watch, wait, and hope it’s not too late. Specifically, you can “force sex” a plant to determine its gender before flowering the whole thing. To force sex a cannabis plant, simply place its clone in a 12/12 light cycle (12 hours of light/12 hours of complete darkness). This photoperiod manipulation signals to the plant that it is time to start flowering whether the plant already has roots or not.

Because clones are exact genetic copies of their parents, forcing a clone to flower separate from its parent will give you a clue regarding the specific gender of its parent.

Other things to look out for which may help you determine the sex of your cannabis plant include the plant’s height (males tend to be taller than females though much of this depends on the strain type, as well) and the size of the calyx, or the center-most part of a flower. If the calyx is large with a protruding white hair, it is likely female. On the other hand, if small and swollen with no hair, it’s likely a male. This distinction can be made before the plant begins flowering during a stage called “pre-flower.” However, it can be difficult for the naked eye to determine gender at this stage; a jeweler’s magnifying glass can help, though.

Identifying The Sex of a Cannabis Plant

Female cannabis, during pre-flowering, will grow small bracts that have small stigmas similar to a hair sticking out. Male plants by comparison will produce smaller, round balls located at the nodes.

Most plants will show their sex during this pre-flowering time period, others are a little more stubborn. If you have planted a regular seed (not feminized) you could start noticing male/female genetics as early as 4-6 weeks of age.

Basically, your cannabis plant will indicate to you its sex based on what grows at the nodes. Nodes are where the leaves and the branches start to extend away from the stalk.

The male plant start to produce a pollen sac at their nodes while the female plants start to produce stigmas, which spreads out and catches the pollen. You may be familiar with the orange/ amber hairs on a cannabis nug.. Those are the stigmas!

Do I Want Male Cannabis Plants?

No, not usually. Removing the male cannabis plants from the garden enables the female plants to grow larger, seedless buds. These seedless buds are referred to as sinsemilla. The term sinsemilla is derived from the Spanish words “sin” (meaning “without”) and “semilla” (meaning “seed”). This is not a strain, just simply cannabis buds lacking seeds. It get considered the highest quality cannabis.

How Soon Can You Tell The Sex?

You can identify these differences and determine the sex of your cannabis plant grown from seed fairly early on. The differences will appear weeks before the respective sex organs start to fulfill their reproductive purpose. You will notice the male or female differences before they start to pollinate. It’s during this stage that you will see what is called preflowers.

Preflowers will develop within about four weeks. However, depending on how quickly the sprouting phase took place, you might have to wait 6 weeks or more before you can confidently tell the sex of your cannabis plant.