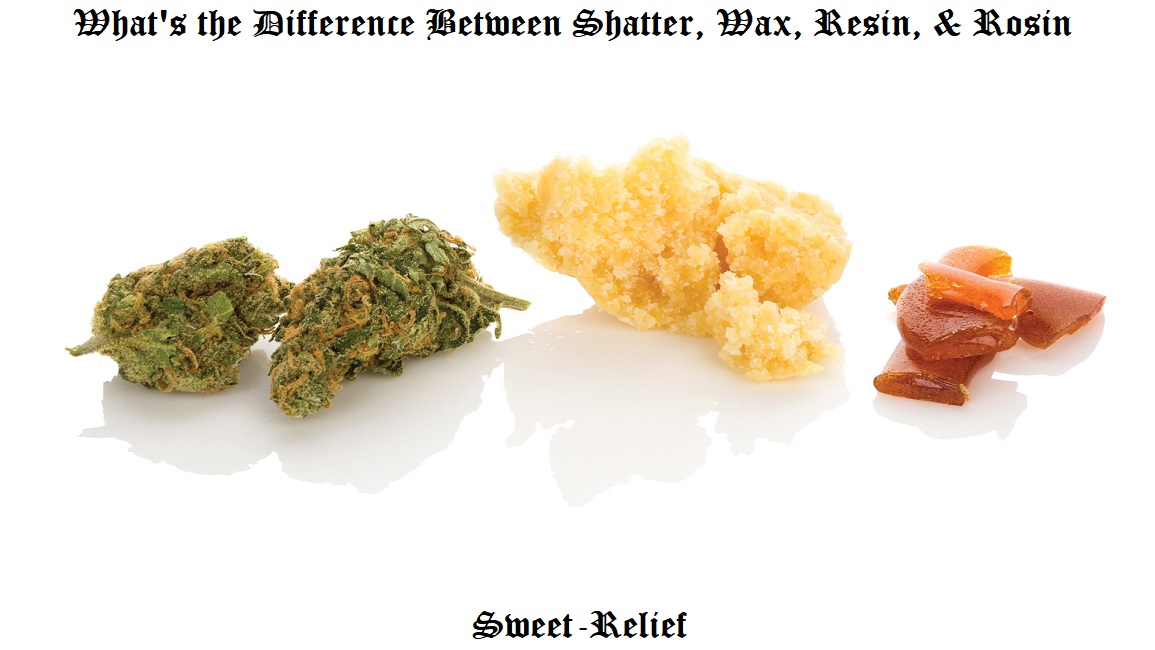 If you are one of the many cannabis consumers surprised to learn that live rosin and live resin aren’t the same thing, don’t sweat it. There are enough cannabis concentrate products on the market that casual consumers can be excused for not knowing all the intricacies of this growing niche. While it seems like that one letter difference between live rosin and live resin should just be excused as a typo, they are in fact two distinct products with two different manufacturing methods that are worth knowing about. Both are considered some of the highest-end cannabis concentrates that are available on dispensary shelves and are growing exponentially in popularity.

If you’ve been around marijuana users at all, regardless of whether it was recreational or medicinal use, then you’ve most likely heard about “dabbing.”

Dabbing is a flash-vaporization method of enjoying marijuana. During this process, you put some concentrate on a heated water-pipe attachment, and then inhale as much vapor as you can handle, giving you an intensely powerful high.

Generally, that attachment is glass or metal, and is heated up by a butane torch or an electrical/battery pack. People who prefer dabbing enjoy the clean flavor premium, properly-refined concentrates and the fact it’s vapor and not smoke.

While this isn’t the best option for beginner marijuana users, it’s something more seasoned cannabis enthusiasts rave about, and each type of concentrate has a different effect.

When dabbing, it’s important to remember that cannabis concentrates are incredibly potent, which is why they’re generally consumed by more experienced users. In fact, a study conducted back in 2008 revealed the average THC potency in herb to be between 8% and 22%, although there are many strains that are much higher.

Now, compare that to concentrates, which have an average THC level that is over twice of what herb has. It comes in at 20% to 80%, sometimes more.

It all depends on what type you go for: Shatter, wax, resin, or rosin.

Let’s take a look at the differences:

That’s what shatter looks like. Try HOG Shatter Pack if you are looking for a really “good thing”.

It’s a translucent, and sometimes transparent, concentrate that’s made by forcing butane through cannabis material. The result is an amber liquid that is then left to cool. Once the temperature decreases, the liquid solidifies into shatter, which has the consistency of really, really thin peanut brittle.

Much like shatter, wax is a concentrate that has the consistency of ear wax. It starts out being an amber liquid produced by butane extraction. That liquid is heated up to produce an opaque, almost gooey substance that has a consistency that ranges from thick peanut butter to ear wax to candle wax or honeycomb.

While the molecular layers of shatter are neatly stacked, the layering of wax is more of a jumbled mess. This is why it has that weird consistency.

Both shatter and wax produce a powerful, long-lasting high, with the primary difference being their appearance and consistency.

That being said, there are some differences in how they are used and when it comes to proper storage.

The main use and storage differences between the two are:

Resin, also known as “sap”, is the collective term for the sticky trichomes on flowers and sugar leaves of mature female marijuana plants. It’s those trichomes that give people the psychoactive effects – and the medical uses. When trichomes are dried out, cured, and collected all together, they are called “kief” instead of resin.

Resin is naturally formed, unlike shatter or wax, and is an evolutionary defense mechanism that wards off predators that may eat or adversely affect the plant before it can reproduce.

You can typically find resin as that black or brown tar-like buildup that coats pipes and bongs after it’s been used a few times. Some marijuana users like to scrape that resin from the bong or pipe and smoke it or add it to a fresh nug, giving them every last bit of THC possible.

The reason resin is so strong, though, is because all the cannabinoids – like THC and CBD – and the terpenes are in there.

Live resin is still a fairly new type of concentrate, and requires a full lab setup and trained technicians to produce it. This is why it tends to be a bit more expensive.

It’s a fairly long process, but it involves cryogenically freezing a just-harvested cannabis plant. The entire plant is used, including flowers, leaves, branches, and stalk.

Cannabis enthusiasts who hone in on the medical efficacy of terpenes tend to prefer live resin, because the terpene profile of the cannabis is better preserved than it is with other concentrates. It has a much fuller body in terms of aroma, and is a better choice when used for medicinal purposes.

What Does “Live” Mean When It Comes To Concentrates?

When it comes to concentrates, the term “live” refers to concentrates that have been extracted from freshly harvested plant matter. In contrast, the most common types of concentrates (such as wax and shatter) are extracted from plant material that has been dried and cured before processing. Drying and curing flower is the most common method for getting bud ready for sale, and is typically necessary to create a quality product.

Rosin is a concentrate produced by drying and curing cannabis flowers, and then using a combination of pressure and heat to agitate and press them, releasing the THC-packed resin. This can be produced in your own home, safely, unlike other types of concentrates. It’s also pretty cheap to make, and is a great way to extend the life and use of your cannabis.