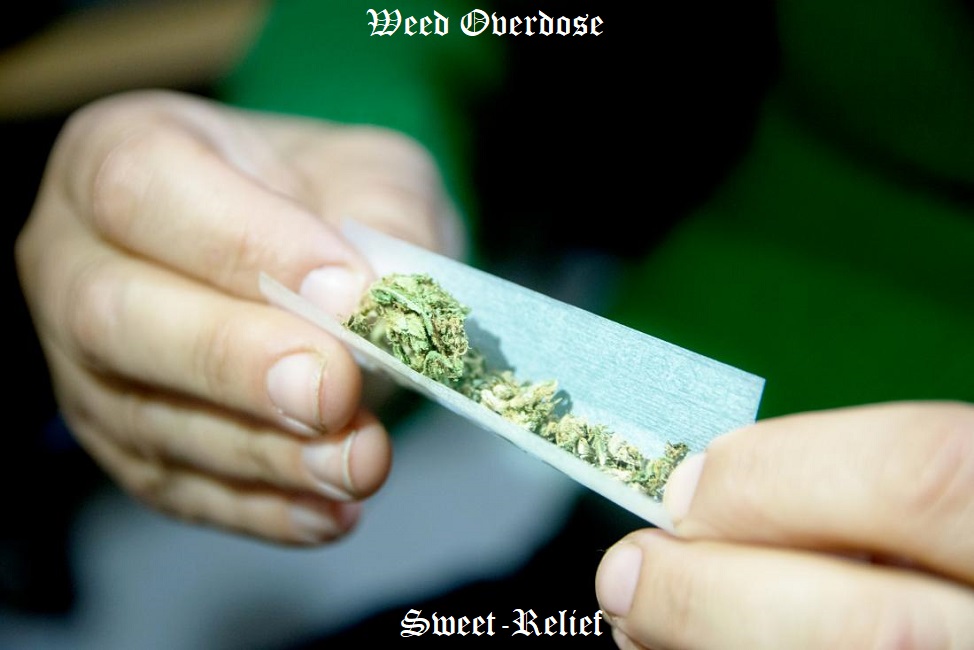 There has also been a more recent push to make recreational marijuana legal on a national level. With marijuana and cannabis products becoming more accessible, the dangers associated with marijuana are also on the rise. With drug treatment centers across the United States, we are unveiling the truth behind what consuming too much marijuana in one sitting can mean.

Can You Overdose on Marijuana?

Signs of drug overdose are usually severe such as trouble breathing, coma, or seizures that can lead to death without proper medical attention. In the case of a pot overdose, symptoms are less alarming.

Signs of a marijuana overdose may include:

Although there is a low risk of death from a weed overdose directly, that doesn’t mean smoking pot isn’t dangerous.  Everyone reacts to drugs differently. Someone with an underlying medical condition could be more sensitive to marijuana and an excessive amount consumed in a short period of time could cause them health complications. In other cases, someone could get injured from falling or crash while driving because they are high and under the influence of marijuana. If marijuana is consumed with other drugs or alcohol, it may also lead to a dangerous drug interaction with more serious effects.

While there is a push to legalize recreational marijuana, the long-term effects are widely still unknown. Although not in large numbers like with some other substances of abuse, some people may develop a marijuana addiction with regular use. There is also some research on marijuana that suggests that it may be a gateway drug.

HOW CAN YOU OVERDOSE ON MARIJUANA (WEED)?

Polysubstance use or abuse is the most common risk factor that increases the chance of overdosing; this involves taking multiple drugs to attain a desired high. Certain drug combinations can be deadly, and the consequences increase especially when marijuana is combined with alcohol . Marijuana and alcohol consumed together is the most frequently encountered substance combination implicated in car accidents. Though the mechanisms aren’t entirely clear, beyond the obvious risks introduced from combining two distinct intoxicants, alcohol may increase the level of marijuana’s primary psychoactive element, THC, in the blood .

“Whether you can die from an overdose of marijuana, the answer is no,” says Alex Manini, an emergency medicine clinician specialist at Mount Sinai Hospital in New York. But can someone non-fatally overdose on marijuana? Manini says yes. Technically, an overdose happens any time someone takes more than the normal or recommended amount of a substance or drug.

And people show up in emergency rooms all the time after overdoing it with cannabis, Manini says, with all kinds of serious symptoms: panic or anxiety attacks, passing out, rapid heart rate—even an increasingly common condition where cannabis users can’t stop vomiting.

“You (can) think of taking a hit as a therapeutic dose, to get a feeling of euphoria, maybe the giggles,” he says. Or you can smoke so much that you feel like you need to go to the hospital. “I would call that an overdose. Will you die, if you’re a young, healthy person? Probably not.”

Marijuana is still a Schedule I drug, according to the federal government, and technically still doesn’t have any currently accepted medical uses. Still, numerous states have moved to legalize marijuana for recreational or medical treatment (mostly for conditions such as cancer, HIV/AIDS, multiple sclerosis, glaucoma, seizures, epilepsy, and chronic pain). We also know—from a 2016 analysis of marijuana samples from materials confiscated by the Drug Enforcement Administration over two decades—that the potency of THC in marijuana has increased at least threefold since 1995.

Altogether, this means that more people have more access to strong cannabis. For most, that just increases your probability of getting higher than planned. But for some people, doctors say the advent of widespread, highly-potent cannabis products increases their risk of an overdose.

One group of at-risk individuals is children, who can accidentally ingest cookies, brownies, and other treats infused with super-concentrated THC doses—especially in states where recreational marijuana has been legalized. In a 2016 study, researchers investigated 430 calls to the National Poison Data System from 2013 to 2015 related to cannabis edibles and drinks; they not only found that the number of such calls increased year over year, but they also noted that a quarter of the cases involved children under the age of five, who, unlike adults, don’t know an ordinary looking treat might contain several doses of THC.

“That was a big finding,” says Dazhe Cao, a co-author of the study and a medical toxicology doctor at the University of Texas Southwestern Medical Center in Dallas. For those young children, cannabis exposure typically made them sleepy or uncoordinated, or affected their breathing (in two cases leading to intubation).

“That could [be a] potentially life-threatening situation for a child,” says Mount Sinai’s Manini. “Children are not little adults”—their bodies process all drugs differently than even a more petite adult would.

Synthetic cannabinoids—man-made chemicals sometimes called Spice or K2—have also complicated the safety of all cannabinoids. When Manini and colleagues compared the clinical effects of synthetic weed with regular marijuana in 87 emergency department patients, they found those who ingested synthetic cannabis fared far worse, according to results published in 2016.