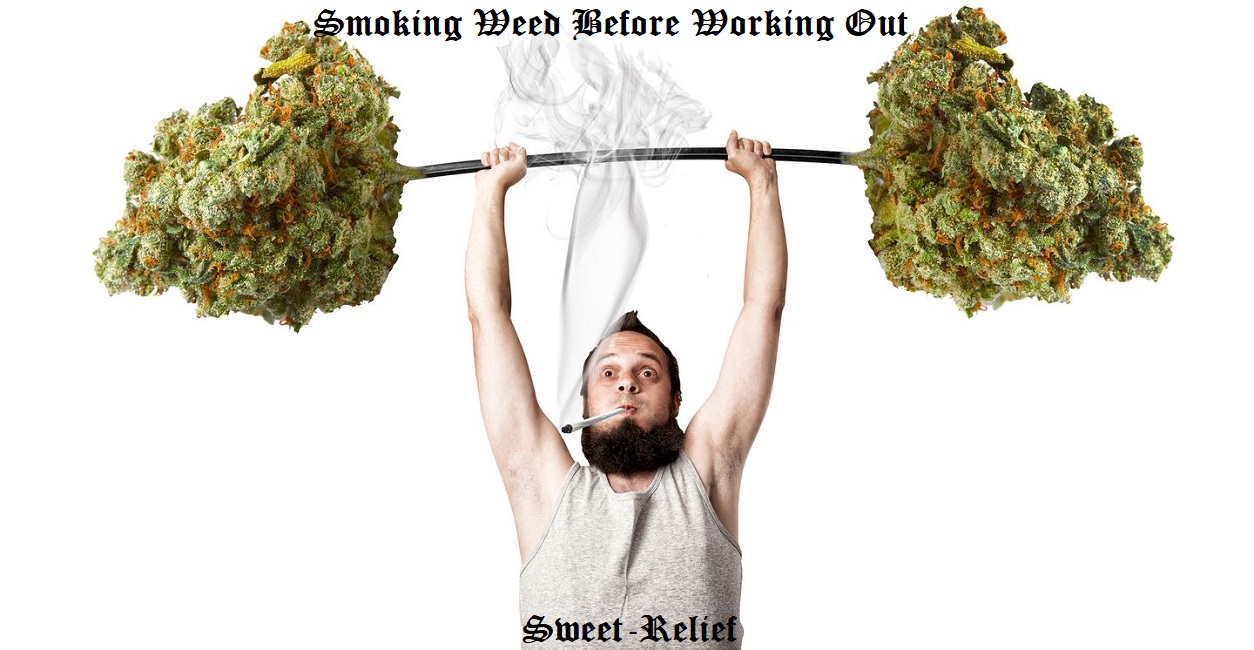 As Cannabis culture is becoming more accepted in modern society, people are beginning to experiment using it as a replacement or supplement to pre-workout. This goes directly against the classic “lazy stoner” stereotype, but in reality, it’s pretty easy to understand why some people vouch for their perceived benefits in terms of working out. Keep reading if you’re trying to decide whether you should smoke weed before working out. We’ll go over the pros and cons of smoking weed before working out and whether using weed as pre-workout would be a good idea for you. Let’s learn about that.

How Does It Work?

All humans have a complex, biological cell-signaling system called the Endocannabinoid System (ECS). This system exists whether you smoke weed or not because everyone is born with it. Experts believe that one of the ECS’s main roles is to help maintain the body’s state of homeostasis. This means the stability of your physiological and psychological state. So for example, if your body is giving off high levels of cortisol (a stress-inducing hormone), your endocannabinoid system may give off endocannabinoids to help combat that feeling and bring you back to a more settled state (homeostasis). The Endocannabinoid System works because it has 2 receptors (CB1 and CB2) that react to certain chemicals. Chemicals that bind to CB1 will promote brain and central nervous system effects while chemicals that bind to CB2 promote changes to peripheral organs and cells associated with your immune system.

THC is a chemical found in marijuana plants that have the ability to bind to your CB1 and 2 receptors, just like endocannabinoids. The cool thing about THC is that it can bind to both CB1 and CB2 receptors. Depending on the strain of weed that you are smoking, it will contain different terpenes and compounds that will affect your endocannabinoid system differently.

Should You Smoke Weed As Pre-Workout?

Should everyone smoke weed as pre-workout?

Well, that depends on each individual person! In my experience, toking up before working out helps me push myself harder and for longer. I notice that I can run for longer periods of time or push out one last set if I’ve smoked a joint before the gym. Some common effects of smoking weed are heightened senses and a changed perception of time and this pairs well with the stress of working out. A common claim is that certain kinds of highs help you focus and stay engaged in the activity that you’re in. Mind the emphasis on “certain kinds of highs” because it will depend greatly on what strain you smoke. Something like Grand Daddy Purple which is high in myrcene may not help you stay energized and motivated. Instead, you should try something like the strain Green Crack with high limonene to maintain your focus and energy.

“How marijuana affects your workout or performance depends largely on the type of exercise and goal at hand,” says Jordan Tishler, M.D., a Harvard-trained internist and leading cannabis therapeutics specialist.

And to be clear: There isn’t much hard scientific research on marijuana and exercise. One of the few studies we have, published recently in the Journal of Science and Medicine in Sport, reports that weed degrades peak performance. Researchers only looked at it qualitatively, so we don’t know how much of an effect smoking weed would have on your workout, Tishler points out. But for a race, competition, or even deadlift PR, you want to be at your best—so as best we know, skip the spliff.

That said, while smoking weed before your workout may diminish your peak performance, anecdotal evidence suggests smoking weed can heighten the enjoyment of certain activities, namely ones with repetitive motions, Tishler explains. “If you’re running on a treadmill, cannabis can make it more enjoyable—which can actually make you more motivated to run for longer, and to run more in the future.”

Weed is a banned substance by the World Anti-Doping Agency (WADA) as it is a schedule 1 drug. According to USADA.org, marijuana violates anti-doping regulations as it is considered a performance-enhancing drug. For instance, the USADA claims that cannabis can cause muscle relaxation and reduce pain during post-workout recovery. For these reasons, some athletes will use cannabis for recovery benefits during their off-seasons. Below are some examples of professional athletes who use weed.

Forgo the grass for game day or any high-reaction, high-risk workout where your safety relies on sharp judgment. When it comes to more low-key workouts—running, stationary cycling, weight lifting—whether it will help or hurt depends on what your biggest obstacle or goal is. “If you’re a serious gym rat, cannabis may degrade performance a bit, and that may be a deal-breaker. But if you’re more of a weekend warrior or trying to get into a new sport like running, cannabis can help you to overcome the discomfort of making the effort,” Tishler says.

As marijuana remains a schedule 1 drug, there really isn’t any scientific research to definitively prove that marijuana is performance-enhancing or that there is a link between smoking weed as pre-workout and having a successful workout. Weed affects people differently and different strains have different effects. Earlier, we mentioned terms like “myrcene” and “limonene”; these are a few examples of a compound called “terpenes”. Terpenes are found in all plants and not just in marijuana. The most important things to remember about terpenes are as follows: