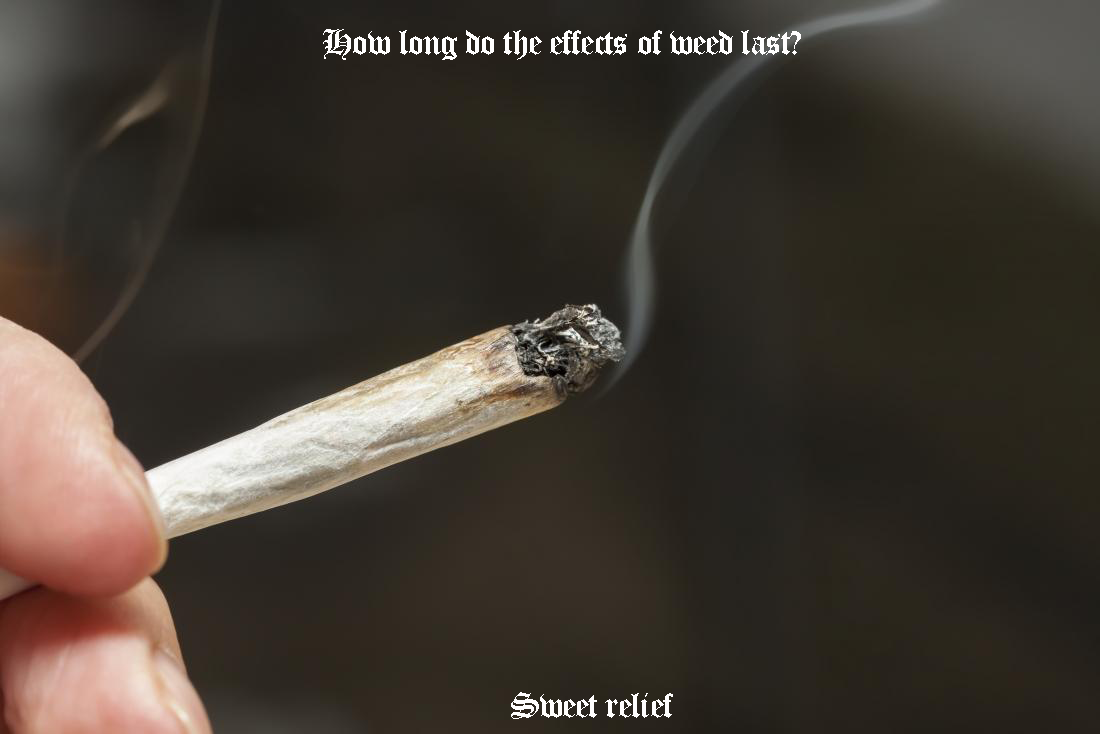 The not-so-simple answer to this question is anywhere from 30 minutes to 12 hours. If that range sounds wildly large, that’s because it is. The intensity and duration of a weed high all depend on your body chemistry, the consumption method, and the dose. And depending on the product itself, weed can facilitate a range of mental and physical effects from euphoria and increased sensory awareness to sleepiness and an increase in appetite.

Whether you’re looking to reap the potential therapeutic benefits of cannabis or simply have a good time, it’s worth the time and effort required to understand different variables that can affect that experience. In this guide, we’ll cover the science behind cannabis highs, what being high feels like, and how to control the duration of your high.

How long does a marijuana high last?

There are several factors that determine the answer to this question, but the primary factor in the duration of a cannabis high is the method of cannabis consumption. The high you get from eating an edible is going to last much longer than the high you get from a few puffs of a joint. That’s because the length of the high reflects the amount of time it takes for the THC to reach peak saturation in your bloodstream and then get expunged from your system.

When smoking cannabis, the onset of the high is nearly immediate. THC levels peak within the first 30 minutes to an hour after inhalation, according to both anecdotal evidence and a 2011 study published in the Journal of Addiction Medicine. The high from smoked marijuana can last up to several hours, though the intensity will generally decrease after the first hour or so.

Cannabis edibles operate very differently. Before you can feel any inkling of a high, your digestive system has to first break down the edible. Then the THC gets metabolized through the liver and enters the bloodstream, taking anywhere from 30 minutes to 3 hours for the effects to kick in. Depending on the amount of THC consumed and your tolerance for it, an edible high can last a few hours to a full day. The peak of an edible high generally lasts from one to 3 hours.

When dabbing concentrates, the onset of effects is nearly immediate, but the duration depends largely on individual tolerance. Those who dab high-THC concentrates regularly may feel the effects wearing off within one to three hours, while someone entirely new to dabbing may be wiped out for the day.

Again, your biological makeup, along with the chemical makeup of the cannabis you’re consuming, will determine how long a cannabis high and any potential side effects will last. Products that contain only THC may produce a more intense, cerebral high, while products that feature a balance of THC and CBD usually produce a more balanced high.

Whether the cannabis plant is male or female and whether it contains seeds are some features that determine a weed strain’s composition. The type of high that weed induces depends mostly on the THC and CBD content.

Weed is stronger in the forms of sinsemilla and hashish than in other strains, as they contain high THC levels. Because of this, they are likely to create longer highs.

Cannabis growers have been increasing the THC content in their plants over recent years, causing the leaves to trigger a more potent high.

Learn more about types of weed and their effects here.

The method of cannabis consumption will affect how long and potent its effects are.

People often smoke weed alongside tobacco in cannabis cigarettes. The effects of smoking in this way depend on the amounts of cannabis and tobacco within the cigarette.

Cannabis vapes trigger a similar duration of high to smoking the substance, although the drug’s effects are strongerTrusted Source. The vapor contains cannabis resin, which forms when cannabis products are heated. Different products can produce this vapor, including vape pens, water pipes, or bongs, while the effects vary according to their size and cannabis content.

Food products that contain cannabis, such as brownies or cookies, are called edibles. The effects of consuming edibles differ from inhaling the substance: they begin 30–60 minutesTrusted Source after consumption, while THC levels in the blood do not peak until 3 hours later. The high from them can last more than 6 hours.

The body of a person with a high metabolic rate will process cannabis more quickly. Because of this, THC can reach their bloodstream faster, but the duration of the effects will probably not last as long.

Some foods contain chemicals that can strengthen and extend a high. For example, anecdotal reports suggest mangoes can have this effect. In contrast, other food items may reduce the effect of weed, such as those rich in fat.

Cannabis and alcohol use oftenTrusted Source go hand in hand. Together, they strengthen each other’s effects. Drinking alongside cannabis use also causes the THC to stay in the body’s system for longer than usual, as the alcohol slows down the metabolic process. This extends the duration of the high.

Be aware that mixing cannabis and alcohol comes with several risks.

Learn more about the risks of mixing cannabis and alcohol here.

Those who ingest weed more frequently will likely have a greater tolerance to the substance than those who do not. A person with a higher tolerance for cannabis may find its effects are weaker and do not last as long.

How long it takes to kick in

The same factors that affect how long a weed high lasts also determine how long it takes to kick in. How a person uses cannabis is the main influence on when THC levels in the blood reach their peak.

When smoking cannabis, the high kicks in within minutesTrusted Source.

Inhaling vapor causes an even fasterTrusted Source effect, with higher peak THC concentrations in the blood.

What could make you ‘unhigh’

Weed can trigger paranoia and anxiety, alongside other uncomfortable effects. If these reactions appear, or a person wishes to reduce THC’s effects for another reason, some methods can help.

Taking a cold bath or shower can increase a person’s alertness and reduce the high.

EvidenceTrusted Source suggests that foods containing terpenoid compounds, such as lemon, pine nuts, and black pepper, can serve as an antidote to a weed high. As well as the terpenoid content, the sourness of lemons can reduce a high by shocking a person into becoming more alert.

However, if possible, the best way to wear off the effect of THC is through sleep.

Learn more about how to reduce the THC buzz here.