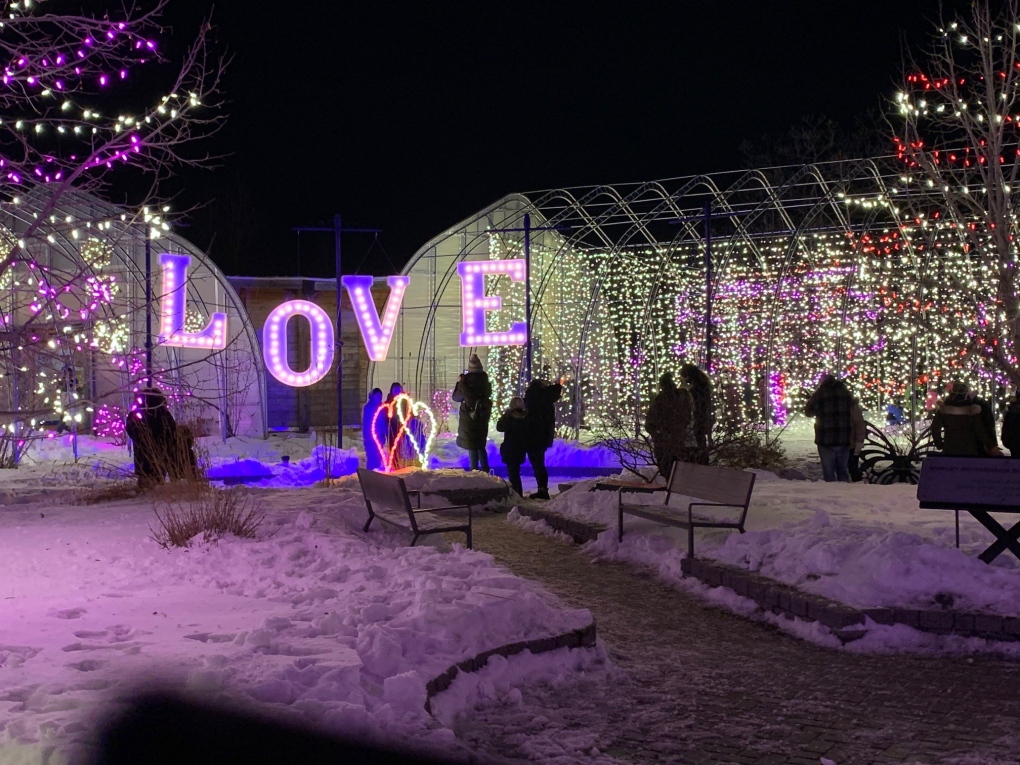 WINNIPEG — A break in the weather couldn’t have come at a better time as the Assiniboine Park Zoo flipped the switch for opening night of their annual Zoo Lights event on Saturday.

A sellout crowd took in the stunning display of 1.5 million lights spread out over an eighty-acre area. There is also a video wall in one of the displays that showcases montages of Manitoba photography and images.

A highlight, according to Bruce Keats, chief operating officer at the Assiniboine Park Conservancy, is the Tundra Trail.

“You’ve got to go through the Tundra Trail. The Tundra Trail is a just an incredible dazzle of light displays in the Zoo tonight,” said Keats.

The event was initially planned for the holiday season, but with code red restrictions in place opening night was delayed. The modified event uses a timed entry system, with a limited number of tickets sold for each slot. The zoo recommends buying the tickets in advance so no one is disappointed at the door.

“It’s good to get something open that the entire population of Winnipeg and Manitoba can appreciate, that is safe and physically distant with no issues coming into the zoo,” Keats said.

Zoo Lights runs for 32 days, six days a week, with Mondays being the off day. The event wraps up on March 28.