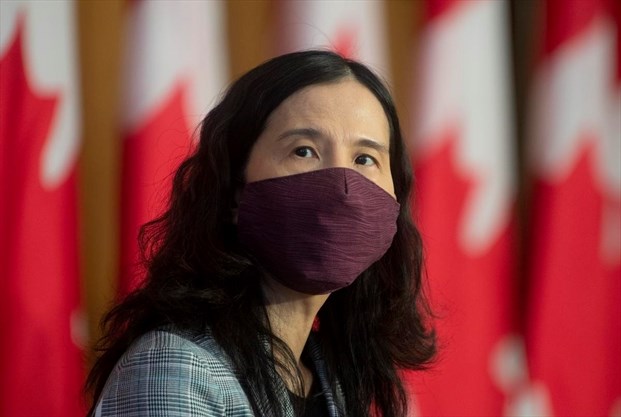 Vaccines are one miracle of science in this pandemic. But another scientific experiment has also produced surprisingly speedy and widespread results over the past year. It happened in the realm of behaviour science — and ordinary citizens were the laboratory subjects.

One year ago, few people would have believed that science would come up with a vaccine, ready for mass immunization around the world, by the start of 2021.

But who would have also predicted that citizens could be persuaded to turn their lives upside down, wear masks and isolate themselves from their families and friends for months on end?

“I know we’re asking a lot,” Prime Minister Justin Trudeau said in early April, when no one knew just how much COVID-19 would force Canadians into behaviour change on a grand scale. “A lot” is an understatement: not since wartime has the government had to request this much of the citizenry for so long.

Yet while the government’s medical scientists have been front and centre on the public stage almost every day since last March, the behavioural scientists have mostly been operating under the radar. If you know where to look, though, evidence of the behaviour-nudging team keeps peeking out under all those public proclamations from Canada’s COVID-19 crisis managers.

When Trudeau and the premiers use their podiums to calm fears or tell hard truths about the pandemic, for example, their words don’t just come from hunch or political instincts. Reams of behavioural data is being collected by government throughout the pandemic, on everything from people’s general emotions about COVID-19 to their willingness to get vaccinated.

Dr. Theresa Tam, Canada’s chief public health officer, spoke earlier this month about the problem of vaccine hesitancy in this country and what the government knows about it. It was one of the few times that public officials have made direct reference to the behaviour-studying unit inside government.

“Some of the studies are actually carried out by the Privy Council Office, where there is a behavioural insight team,” Tam said. “We do know that the intention for Canadians to get the vaccine is actually quite high and I think has improved since we started the vaccine campaign itself.”

Tam went on to explain how people’s views on vaccines are shaped by where they get their information. Since you are reading this story in a mainstream news medium, you might be interested to know that you’re more likely to feel positive about getting immunized. Consumers of traditional information sources tend to have more trust in vaccines and what the government is saying about them. Conversely, if you’re the kind of person who gets your news from social media, you’re likely more wary of vaccines.

So the government is doing some fine-tuning of its communication channels, Tam explained at this Feb. 5 briefing. “We know that we have to work with the internet and social media companies and that has been happening with Facebook, Google, YouTube and others,” she said.

That behavioural-insight team Tam mentioned is actually called the “impact and innovation unit” of government, which was set up within the PCO in 2017, meant for more low-key work than it has been doing, now that the pandemic suddenly created an urgent need for its insights into how citizens behave.

Headed up by veteran public servant Rodney Ghali, this group has kept its eye on the huge social-science experiment of the COVID-19 crisis. (Ontario too has a behavioural insights unit, which has been working closely with the federal government over the course of the pandemic.)

In normal times, this federal team would have been researching questions such as what would motivate people to invest more in RRSPs or cut down on food waste.

Its members prefer to remain low-profile — a couple of them talked to me for this article, but on condition that they would not be named or quoted.

Results of the team’s research are quite public, though — anyone can check them out on their web page, along with reports of some communication campaigns they’ve tested on the population and what the ads were supposed to achieve. The most visible ad — one Canadians may remember — is one that depicted COVID-19 as a green cloud, spreading noxiously over the buttons in an elevator.

The behaviour being studied by the government has shifted as the pandemic has dragged on, naturally. In the beginning, the research focused a lot on compliance with public health measures, what it would take to get people to wear masks, and so on.

Nowadays, the main concern is with vaccines and whether enough people will take them to achieve herd immunity. Medical science handles the immunity part of that equation — behavioural scientists have to build the herd. For that to happen, the government has to know where and how to administer the nudging.

“Nudge” is the operative word. Britain blazed the trail for the use of behavioural insights in government back in 2010 when it set up a team inside the cabinet office nicknamed ‘the nudge unit.” The name comes from the hugely influential book “Nudge” by Richard Thaler and Cass Sunstein, which laid out how people could be influenced to make better choices in their lives.

Sunstein is now the chair of an advisory group for the World Health Organization, set up specifically to use behavioural insights in COVID-19 management. And that leads us right back to Canada, which has taken the WHO’s tool for tapping behavioural insights in the pandemic and put it to comprehensive use in this country for nearly a year now. According to officials inside the behaviour unit, Canada has made the most comprehensive use of the WHO tool, creating a chronicle of behavioural ups and downs throughout the COVID-19 crisis.

Since last April, a static group of about 2,000 Canadians — chosen randomly but in proportion to statistical, demographic considerations — have been taking part in a rolling series of surveys, plumbing their attitudes and behaviour on all things pandemic-related. The process is called “COVID-19 snapshot monitoring,” which has been shortened to COSMO.

In the early months, the COSMO respondents were a dreary lot, reporting that they believed things would get worse before they got better. But they were keen on vaccines — keener than they are now, in fact. Last April, more than 70 per cent of respondents were interested in a vaccine if it was either safe or effective. By the end of 2020, that enthusiasm had dropped to the low and mid-sixties.

Herd immunity is generally accepted to be around 70 per cent, so governments — with the help of the behaviour scientists — need to get those numbers up again.

The COSMO group has also been asked regularly about which people they trust to provide information — perhaps one of the more important pieces of insight sought by government in this pandemic. If you’re going to nudge the population in one direction or another, after all, it’s crucial to know who should do the nudging.

Repeated waves of data on this issue show that public health officials rank high on the trusted list, whereas politicians and the news media rank lower. This would explain why Tam and her provincial colleagues have become household names over the past year (the provincial public-health chiefs have actually been rated slightly higher for trust than their federal counterparts).

On top of vaccine hesitancy, the biggest concern right now for the behaviour monitors is simple COVID-19 fatigue. For almost a year now, governments have been asking, imploring, begging and arguing for citizens to keep large areas of their lives on hold. The same tools that worked last April, when Trudeau was “asking a lot,” may not keep working over the long term.

It’s probably safe to assume that the weariness has only grown since then, but the results of more recent surveys haven’t yet gone online.

Whenever the pandemic is over, most Canadians may be too busy getting back to their normal lives to reflect on the massive social-science experiment that has taken place over the planet this past year. But that radical change in people’s lives is the other great scientific achievement of COVID-19, one that may have given government important clues on how to modify citizens’ behaviour for other big global issues — such as climate change, for instance.

“The behaviour and choices made by each and every one of us matter a great deal,” Tam said in a briefing earlier this year, which is why a small behavioural-science unit inside government suddenly became a big deal in 2020.