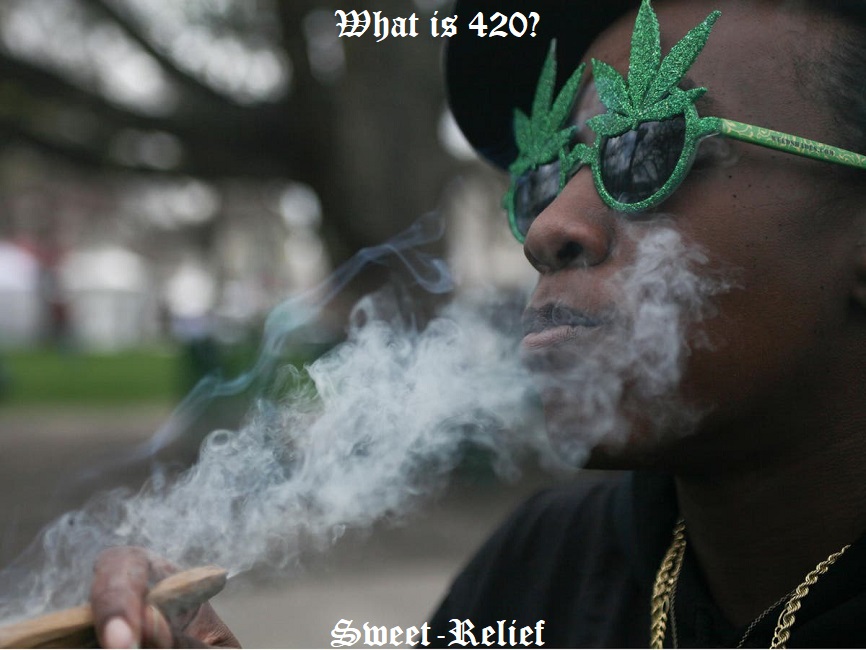 Both marijuana smokers and non-smokers recognize April 20 or 4/20 as a national holiday for cannabis culture, but few actually know how the date got chosen.

But, to put it bluntly, those rumors of the history behind how April 20, and 4/20, got associated with marijuana are false.

The most credible story traces 4/20 to Marin County, Calif. In 1971, five students at San Rafael High School would meet at 4:20 p.m. by the campus’ statue of chemist Louis Pasteur to partake. They chose that specific time because extracurricular activities had usually ended by then. This group — Steve Capper, Dave Reddix, Jeffrey Noel, Larry Schwartz, and Mark Gravich — became known as the “Waldos” because they met at a wall. They would say “420” to each other as code for marijuana.

As Reddix told TIME in 2017, “We got tired of the Friday-night football scene with all of the jocks. We were the guys sitting under the stands smoking a doobie, wondering what we were doing there.”

Despite the popularity of the term, most people have no idea how or why 420 became associated with marijuana. That’s why there are a lot of myths, rumors, and stories floating around about its origins and how it came to be used. Here are some of the most popular myths.

The number 420 is not actually a NYPD or California police radio code for anything.

Some people say that 420 was drawn from the California criminal code to punish the use or distribution of marijuana but that’s incorrect. The code 420 in the penal code actually refers to obstructing entry on public land.

Myth: There are 420 active chemicals in marijuana

There are actually more than 500 active ingredients in marijuana though the exact number goes up and down depending on the make-up of the marijuana.

Although that was Hitler’s birth date, the symbolism of “420” developed separately from that fact. It is just a coincidence.

Myth: April 20th is the date of the Columbine school shootings

Although the Columbine shooting occurred on April 20th, 1999, the term was already in use long before the tragedy.

According to Steve Bloom, an editor at High Times magazine, the term 420 originated at San Rafael High School in 1971.

A group of about a dozen people who called themselves the Waldos met up to smoke marijuana at 4:20 pm every day. Rather than announce they were going to get high, they used the code “420.”

Apparently, the term spread, and it became a way for restaurants and businesses to let customers know that they were “420 friendly.” Over the years, its origins were lost, but the “code” stuck. April 20th (aka 4/20) eventually became known as Weed Day or Pot Smokers Day, and people all over frequently gather and smoke marijuana together to celebrate the day.

What 4/20 stands for varies from person to person. Some people just want to get high and have fun. Others see the day as a moment to push for legalization, or celebrate legalization now that more states are adopting it and it has popular opinion behind it.

In the 1970s, 4/20 was part of a smaller counterculture movement that embraced marijuana as a symbol to protest against broader systemic problems in the US, like overseas wars and the power of corporations in America. “Marijuana was the way you said you weren’t a suit,” Keith Humphreys, a drug policy expert at Stanford University, previously told me.

In recent years, marijuana legalization activists have tried to bring a more formal aspect to the celebration, framing it as a moment to push their political agenda. Organizers for the 2014 Denver rally — during the first year marijuana sales were legal in the state — put out a statement comparing the battle for legal marijuana to “the time when Jews fled from slavery in Egypt,” a moment commemorated in Passover celebrations. “This year’s rally represents the continuing fight for freedom from economic slavery for marginalized members of our community and a rebirth of creative genius that will get us there,” they wrote.

Businesses are also trying to take advantage of the holiday. Eddie Miller, the CEO of Invest in Cannabis, which seeks to bring investment into the marijuana industry, told me in the early years of state-level legalization that his company was trying to build and sponsor major 4/20 gatherings around the country — similar to what other companies, some of which Miller has been involved with, have done with holidays like St. Patrick’s Day.

“Our perspective is 4/20 is a real holiday — no smaller than St. Patrick’s Day or Halloween,” Miller previously told me. “It’s just nobody knows about it yet. And our company is going to let everyone know about it.”

4/20 is becoming a commercial event

Originally 4/20 was a counterculture holiday to protest, at least in part, the social and legal stigmas against marijuana. Marijuana legalization undercuts that purpose: As big businesses and corporations begin to grow, sell, and market pot, marijuana is losing its status as a counterculture symbol — and that, Humphreys speculated, could bring the end of the traditional, countercultural 4/20.

Companies such as Invest in Cannabis admit they’re already leveraging the holiday as another opportunity to promote the industry and its products — much like beer and other alcohol companies now do with St. Patrick’s Day.