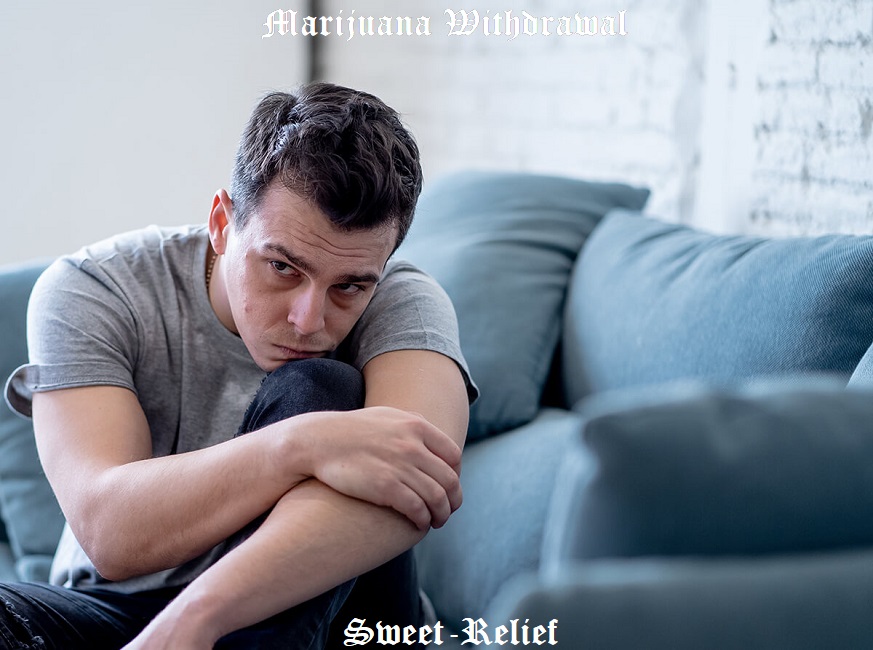 Whether they use marijuana for recreational or medicinal purposes, people can develop withdrawal symptoms when they stop using it.

Cannabis (marijuana) is the most commonly used illicit drug. For many years, marijuana has been considered a soft drug, exempt from the usual concerns about addiction. However, recent research has shown that cannabis withdrawal can and does occur when heavy pot smokers discontinue its use.

As a result, the diagnostic criteria for cannabis withdrawal is included in the Diagnostic and Statistical Manual of Mental Disorders, fifth edition (DSM-5)

If you have been smoking pot heavily for at least a few months—whether as a regular pattern, in binges, or if you have become addicted—you may experience cannabis withdrawal if you abruptly stop using.

A Duke University study of 496 adult marijuana smokers who tried to quit found that 95.5% of them experienced at least one withdrawal symptom while 43.1% experienced more than one symptom. The number of symptoms the participants experienced was significantly linked to how often and how much the subjects smoked prior to trying to quit.

Those who were daily smokers experienced the most symptoms, but even those who reported using marijuana less than once a week experienced some withdrawal symptoms of moderate intensity.

Marijuana withdrawal symptoms are not life-threatening—their main danger is causing someone who really wants or needs to quit cannabis to relapse.

You might feel extra edgy and irritable, have trouble sleeping and eating, and may even get a stomachache or headache. Some people compare it to the feeling you get when you try to quit caffeine.

One person’s experience of cannabis withdrawal might be quite different from another’s, and the severity depends on a whole host of factors, including frequency of use as well as overall health. However, there are certain common withdrawal symptoms that usually occur within 24 to 72 hours of stopping heavy use.

Why does marijuana cause withdrawal symptoms?

Marijuana is the name for dried extracts from the plant Cannabis sativa. This plant contains delta-9-tetrahydrocannabinol (THC), and terpenes, with THC contributing to the primary psychoactive effects associated with marijuana use.

THC defines the potency of marijuana, while terpenes define the aroma and flavor. The more THC the marijuana contains, the greater the effect of marijuana on the brain.

Using marijuana regularly means that the brain and body get used to a regular supply of THC. When this supply is stopped, the body takes some time to adjust to not having it. This causes uncomfortable physical and psychological withdrawal symptoms.

Marijuana, or cannabis, is the “most commonly used illicit drug in the United States,” according to the Centers for Disease Control and Prevention (CDC).

In recent years, more states have legalized the recreational and medicinal use of marijuana. However, based on a 2018 survey from Washington State, legalization does not seem to have significantly increased marijuana use. That said, marijuana use has been gaining a lot of attention.

There are many misconceptions about whether people can become addicted to marijuana. The truth is that it is possible to become dependent on, or even addicted to, marijuana with regular use.

This article will explore how and why a person can develop withdrawal symptoms from marijuana, as well as how to treat them.

Once the brain and body have adjusted to not having THC, the physical withdrawal symptoms will stop. People may still experience psychological cravings for marijuana for some time, however.

Over the years, based on samples of confiscated marijuana, potency has steadily increased. The THC content has risen from around 3.8 percent in the 1990s to 12.2 percent in 2014.

This indicates that the current effects of marijuana, including withdrawal, may be more extreme compared with their effects in previous decades.

Do I Need Detox for Marijuana Withdrawal?

Withdrawal from marijuana can be uncomfortable – especially for chronic users. A medically supervised detox is especially recommended for those who have co-occurring disorders, including addictions to other types of drugs and mental health conditions. In particular, addictions to other drugs such as benzodiazepines or alcohol can exacerbate the symptoms a person experiences during marijuana withdrawal.

Medical detox is designed to help people slowly ease off of a substance, such as marijuana, until it’s completely cleared from their system. This helps to reduce the intensity of any withdrawal symptoms they might have. Once withdrawal symptoms improve, a medical team will walk patients through any additional treatments they might need. Many people opt to continue recovering at a rehab center so they’ll have the highest chance of staying sober and avoiding relapse.

Other reasons for choosing a detox program include: