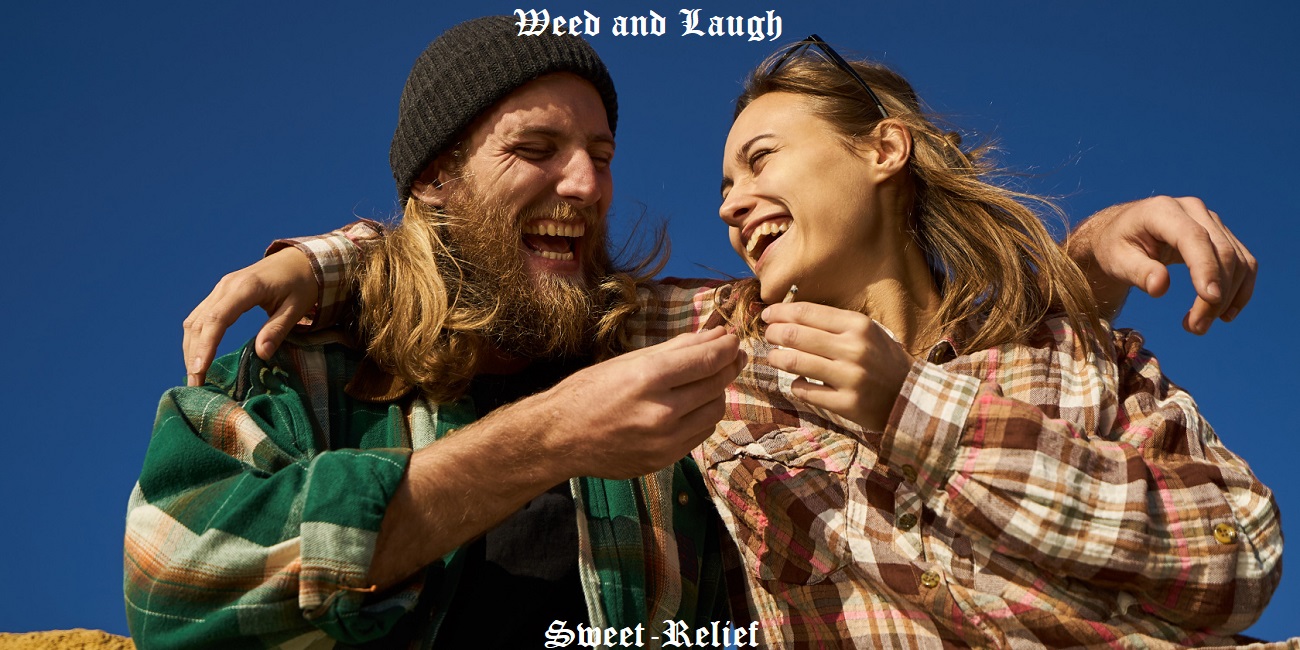 Have you ever come across someone who has never consumed marijuana, who curiously asked you what exactly you feel when you are high? If you have, you have probably noticed that it can be quite difficult to put into words what it feels like to be high without sounding a tad odd.

When we try searching the web for more formal answers to these questions, we can bump into some results that aren’t precisely loyal to the truth, such as the fact that weed makes people lazy, etc, etc. However, there is one effect of cannabis that is completely undeniable: marijuana makes people laugh.

This is especially true for the first few times we smoke, where we can spend hours laughing at something quite silly. All those episodes with our friends where we laughed our lungs out will never escape our hearts.

So, okay, we know that marijuana makes us laugh, no one puts that into question, but what is the reason behind this laughter? Why is it that we get more giggly when we smoke weed? Weed makes us laugh for various reasons:

Let’s analyze in detail how weed makes us laugh.

In order to understand why cannabis makes us laugh, shouldn’t we understand why we even laugh in the first place? It seems as if laughing has always been a part of our history and evolution as human beings.

Just like animals instinctively show their teeth and groan to protect their food, or wag their tail to express comfort and happiness, the same happens with us, we smile or laugh.

Laughing is a form of non-verbal communication, and as surprising as it may sound, it isn’t exclusive to human beings, there’s evidence that other animals in the animal kingdom express laughter as well, from primates to rodents and all the way to people.

When do we or animals laugh? Tickling, games, and daily interactions are all normal contexts of laughter.

In the animal kingdom, showing the teeth is a sign of confidence, animals do so when they need to scare off predators, therefore laughter could be also linked to the subconscious of feeling comfortable and secure.

If you’ve ever smoked a joint you might have noticed how it quickly turns us almost into stand-up comedians, even more when we’re by ourselves. No one can make us laugh more than our own high selves as we perform regular everyday tasks.

This is because cannabis unleashes a kind of detached state of mind, in which we perceive the world in an altered manner as we are under the effects.

Laughter takes place in a part of the brain called the subcortex, which is responsible for primal behaviors, such as breathing and controlling basic reflexes. This means that laughing takes part in the basics of human activities, therefore, we can’t control it consciously, just like we breathe without actively thinking about breathing.

And since when we’re high on marijuana, we allow our brains to relax even more, it’s as if we jumped on the highway of laughter, allowing it to unleash more freely.

We notice that Mary Jane causes an added factor of laughter because this state of relaxation throws us off the fast-paced world surrounding us, where people are too focused or too busy to take a moment for laughter. And from this external point of view we’re sitting in when we’re high, we laugh out at the stresses of everyday life.

3. The Scientific Explanation Why Weed Makes Us Laugh

The cannabinoids present in marijuana, particularly THC, alter the mood by activating the receptors in the endocannabinoid system, which among other responsibilities, is in charge of controlling the mood

Just like yawning, as well as many emotions, laughing and smiling are contagious. Doesn’t it happen to you that when someone close to you is in a bad mood, their negative cloud also rains on your parade?

Well, the same happens in the opposite case, how many times have you burst into laughter without really knowing the real reason but because the other person’s laughter simply made you laugh?

Given cannabis produces laughter for the reasons we’ve listed above, besides the fact that consuming it tends to be a group activity, it’s easy to share a laugh with friends when you’re all high together.

Cannabis is a plant that brings lots of benefits for us human beings, even in the medical aspects, however, none of those benefits will ever top the joy and laughter it gives us.

There’s no greater feeling than laughing with yourself or with friends when you’re high, it’s an innocent and simple humor that can harm nobody. Marijuana will bring lots of beautiful moments to your life.

Enjoy smoking and feeling happy and about! And don’t forget to comment on what are your favorite strain to throw you into laughter.

It increases the blood flow to the brain, especially to the area where laughter is controlled. Also, since most pot smokers smoke in the company of other people, they tend to have a good time and laughter begets laughter.

I only smoked once with a friend while we were staying at Hampton Beach, back when pot was sold there without interference from politicians looking to get re-elected. The place belonged to his aunt and she let us stay a week up there. As we partook of Anslinger’s “Devil Weed” one afternoon, we had a laughing fit over nothing. We would just look at one another and burst into laughter. For two solid hours we just laughed. We decided to go out to the street and check her mailbox. Since it was a summer place, she didn’t have one. When we couldn’t find one, we burst into laughter. We stared at a few near the road that belonged to the condo next door then burst out laughing. Then my friend said “What if someone sees us?” There was a pause, and we burst out laughing. I think he still has the little tin that they sold to him. Since neither of us smoke, it is probably still full. Someday . . .

The next day my stomach hurt from contracting my muscles so much. It was the best ab workout I have ever had.

While vacationing in Washington state where the “devil’s weed“ is now legal, I had difficulty sleeping on the red eye so I picked up an edible. I put my head down during take off. Six hours later I woke when the captain announced we were descending. I was alert and refreshed.