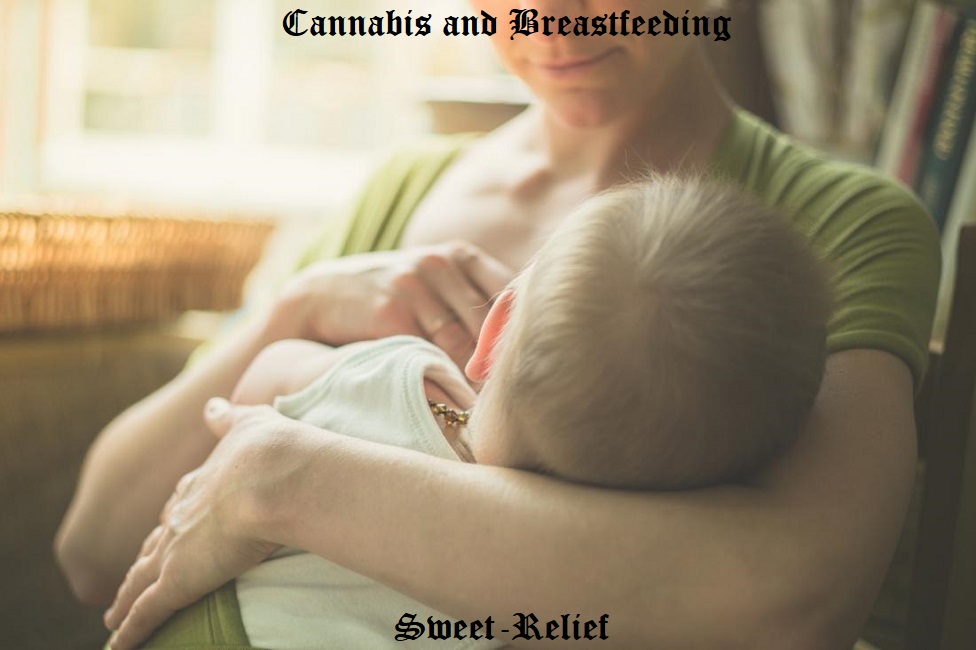 At this point, nine states and Washington, DC have legalized the use of recreational marijuana. Another 30 states have legalized medical marijuana. The downstream effect of these changes has been a significant uptick in the use of cannabis among women of childbearing age. According to data collected from the National Survey on Drug Use and Health, the use of cannabis in pregnant women rose from 2.37% in 2002 to 3.85% in 2014 in the United States, noting that 21.1% of pregnant women who used cannabis reported doing so on a daily basis.

Is it safe for mothers who use marijuana to breastfeed?

Data are insufficient to say yes or no. Chemicals from marijuana in any form (including edibles, oils, or other concentrates) can be passed from a mother to her infant through breast milk. These chemicals have the potential to affect a variety of neurodevelopmental processes in the infant. Tetrahydrocannabinol (THC), the main active component of marijuana, is stored in body fat and slowly released over time, meaning an infant could be exposed to an unknown amount and for an extended period of time. In addition, some products, including cannabidiol (CBD) products, may contain other contaminants (e.g., pesticides, heavy metals, bacteria, and fungus) that could be dangerous to a mother and her infant.

If a mother continues to use marijuana or CBD while breastfeeding, she should be encouraged to significantly reduce her intake. To minimize secondhand smoke exposure, marijuana products should not be smoked around babies or children. Marijuana use may also impair a mother or other caregiver’s judgement and ability to care for an infant.

If cannabis is consumed, how long does it persist in the breast milk?

Cannabis concentrations in the breast milk are variable and are related to maternal dose and the frequency of dosing.  However, there are some things that make cannabis a little different than alcohol or other recreational drugs. Cannabis and its byproducts are very fat-soluble or lipophilic.  Because in women is the percentage of body fat is 25-30%, there is a large reservoir for the storage of cannabis.  What this means is that it takes much longer for cannabis to leave one’s system, compared to substances like alcohol.  Furthermore, there is an especially long washout period in those who have been daily users. Long after the psychoactive effects have faded, THC and its metabolites can be detected in blood, urine, and breast milk.

Studies focusing on the detection of THC in milk have yielded variable results, with duration of detection ranging from 6 days to greater than 6 weeks in various studies.  The longevity of THC in the breast milk may be related, in part, to the extremely high fat content of breast milk and the lipophilic nature of THC, so that the breast milk “traps” the THC, in a sense acting like a reservoir for THC storage.

What are the effects of exposure to cannabis in the nursing infant?

The bioavailability of cannabis and its metabolites ingested by neonates in the breast milk has not been well-characterized.  There are conflicting data regarding the outcomes of infants exposed to cannabis during breastfeeding and very few studies assessing outcomes in this population. These studies are not easy to conduct.  First of all, recreational use of cannabis continues to be illegal in many states. Furthermore, it is difficult to disentangle the direct effects of cannabis delivered in the breast milk from the indirect effects of cannabis on the quality of childcare and parenting, especially in heavy, chronic users or when cannabis is combined with other substances.

In one study, 136 breastfeeding infants were assessed at one year of age.  In the 68 infants exposed to cannabis during the first month of life, there was evidence of decreased motor development at one year, when compared with matched infants who were not exposed to cannabis.  Specifically, there was a 1465-point decrease in the Bayley index of infant motor development. However, the authors of this study cannot conclude that these findings were entirely due to exposure via breastfeeding, as many of the women also used marijuana during pregnancy.

In another study, 27 breastfed infants exposed to cannabis were compared to 35 unexposed breastfed infants.  At one year, no differences were noted for motor and mental development using the Bayley Scales of Infant Development.  However, the small size of this study limited statistical analysis.

So the jury is still out regarding the effects of cannabis on the nursing infant.

Should I stop using weed while breastfeeding?

With much more research needed to determine what effects marijuana may have on breastfeeding babies, experts are urging moms to take a cautious approach. In a 2018 clinical report, the American Academy of Pediatrics concluded that there is no evidence for the safety or harm of marijuana use during lactation and, as result, nursing mothers should abstain from using the drug. This is in line with the SOGC’s position statement, which says women should be encouraged to abstain from cannabis use during breastfeeding.

But for those who can’t or won’t quit using cannabis, do the benefits of breastfeeding—increased intelligence, improved immune system and mother-baby bonding—outweigh the potential negative effects of breastfeeding while using marijuana? It depends who you ask.

All women should be screened for drug use as a component of standard prenatal care. Screening for substance use should occur during the course of pregnancy with the goal of providing information regarding the potential adverse effects of cannabis and to ensure referral to appropriate resources for treatment as needed.  Because many women are able to abstain from substances during pregnancy but resume use after delivery, screening must be repeated during the postpartum period.

Both the American College of Obstetricians and Gynecologists (ACOG) and the American Academy of Pediatrics recommend that women refrain from using cannabis during pregnancy and while breastfeeding.  Because of the persistence of cannabis and its byproducts in the breast milk for days to weeks, using cannabis and waiting for it to clear out of the breast milk is not a viable option. For women who use cannabis for medical indications, alternative therapies with more safety data during breastfeeding should be considered.