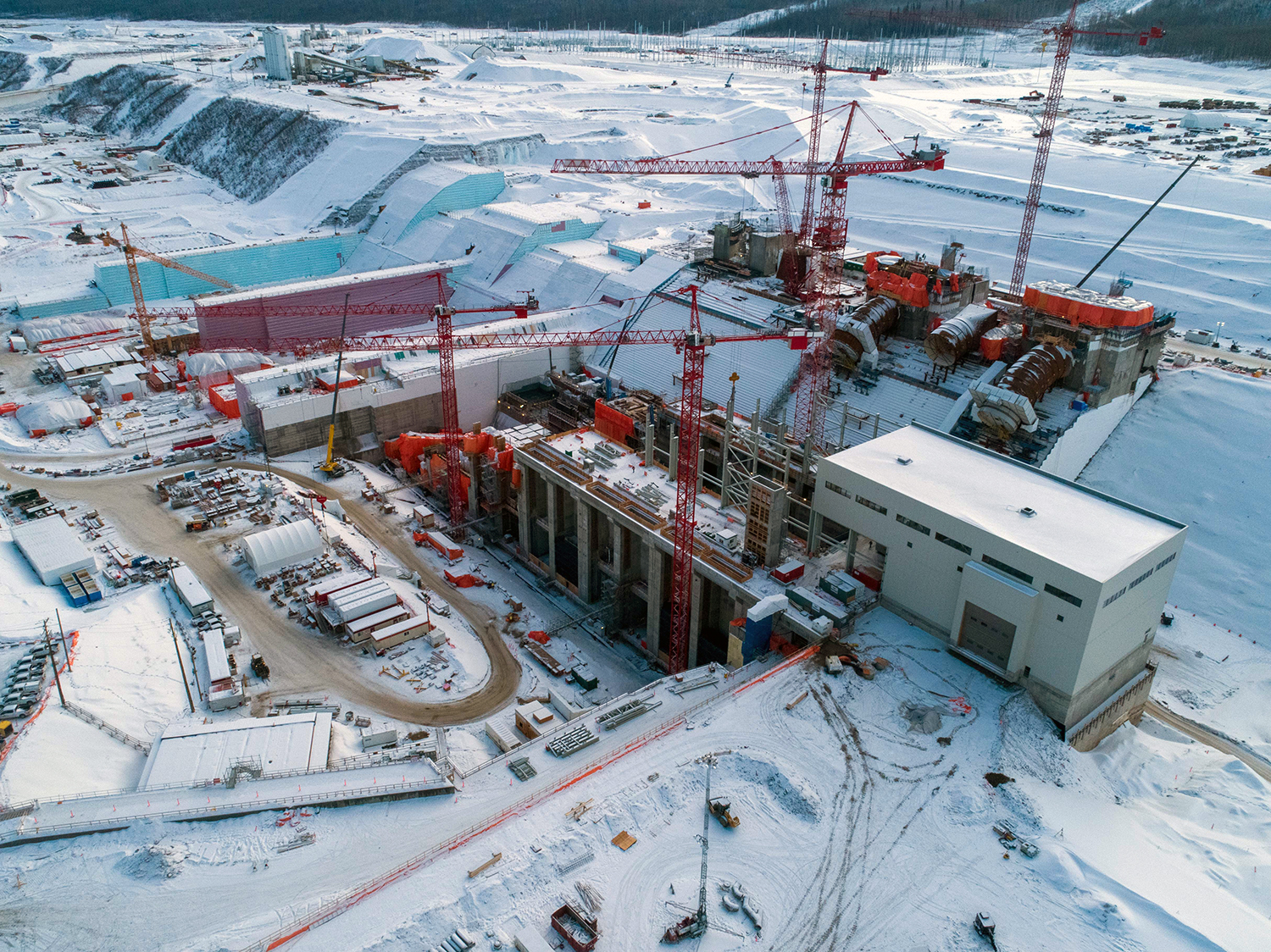 VICTORIA — Five years have passed since premier Christy Clark made a bold and expensive promise to get the Site C project, then already under construction, “past the point of no return.”

For political purposes, her main object was to portray her B.C. Liberals as the government of “yes” versus the New Democrats and their leader, John “Dr. No” Horgan.

The New Democrats responded with mockery.

“When Christy Clark says ‘past the point of no return’ the ratepayers of BC Hydro must feel like Wile E. Coyote, who’s just gone over the cliff,” said New Democrat Adrian Dix. He was recalling those Warner Brothers cartoons where the hapless coyote chases the roadrunner off a cliff, secure in his momentum so long as he doesn’t look down.

“I am going to send it to the B.C. Utilities Commission,” he vowed. “If the reviews come back saying it is not in the public interest, it won’t proceed.”

Still, he did not say he would cancel Site C outright, a stance that proved pivotal in the post-election power-sharing negotiations with the Green party.

Green Leader Andrew Weaver wanted the project killed outright. Instead the power-sharing agreement promised only to “immediately” refer the fate of the project to the utilities commission.

The result was a rush job review, followed by several days of presentations to cabinet by advocates for and against and nine hours of deliberations leading to a decision announced in early December 2017.

Site C opponents staked their hopes on the signals Horgan had given in Opposition – they are still circulating a nine-year-old picture of him posing with a “Site C Sucks Banner.”

But the better judge of Horgan’s inclinations was former Liberal energy minister Bill Bennett. “I know John Horgan well enough and I know he knows energy,” said Bennett during the debate on building Site C. “If push came to shove, I think John would acknowledge this is the right thing to do.”

Sure enough. Horgan described the decision as “a gut-wrenching, difficult choice,” made with a “heavy heart.” Nevertheless the New Democrats decided construction should continue.

“The decision to proceed was primarily driven by a determination that British Columbians should not have to take on $4 billion in debt with nothing in return for the people of this province and, even worse, massive cuts to the services they count on,” said the government briefing note.

Or as Horgan himself put it: “We just couldn’t see spending $4 billion for nothing. And I think the public would understand that.”

The NDP’s $4 billion was comprised of the $2 billion spent on Site C as of December 2017, plus the government’s $2 billion estimate of what it would cost to pay out contracts and restore the site to its pre-construction state.

In greenlighting the work to continue, the New Democrats boosted the budget to $10.7 billion, $2 billion higher than the supposed take-it-to-the-bank figure inherited from the Christy Clark government.

They also installed a project assurance board, comprised of independent experts and senior public servants, to ride herd on the construction schedule and the project budget.

Construction proceeded apace for the next two years. Then, in January of 2020, the board was briefed by Hydro that a “geotechnical risk” had “materialized” under the foundations for the powerhouse, spillways and the earthfill dam itself.

The news was kept from the public for months. Then, on July 31, the New Democrats, announced the appointment of retired deputy minister Peter Milburn as special adviser to try to get a handle on the problem.

With the premier already scheming to call a snap election, the Milburn appointment provided him with cover for not answering questions about the troubles at Site C in late summer and through the fall.

At year’s end, Milburn did finally report to government on Hydro’s proposed “fix” to the geotechnical problem.

Whereupon Horgan disclosed that his handpicked special adviser did not have the capacity to address the safety challenges that could emerge as a result of the geotechnical issues,” a shortcoming the premier neglected to mention in announcing the appointment before the election.

Two more experts on dam safety were brought in to vet the efficacy of the proposed fix. Their advice and Milburn’s will culminate in the announcement, set for Friday morning, on the fate of Site C.

As to the likely verdict, I would note that through all this time when the fate of Site C supposedly hung in the balance, a workforce of several thousand has been going flat out at the dam site alongside the Peace River.

The river itself was diverted last October. Lately, there’s been the spectacle of giant Brazilian-made turbine components being trucked across Northern B.C. at nighttime for installation at Site C.

I doubt the government would have allowed construction to proceed if there was no good chance of rescuing the project at whatever the cost. So I would expect the announcement of a major effort to stabilize the foundations and another cost escalation for a project that is already well overbudget.

But with roughly $6 billion spent and the NDP’s presumed $2 billion cost to restore the site, cancellation today would be twice as expensive “with nothing to show for it” as the financial calculation that Horgan used to justify proceeding back in 2017.