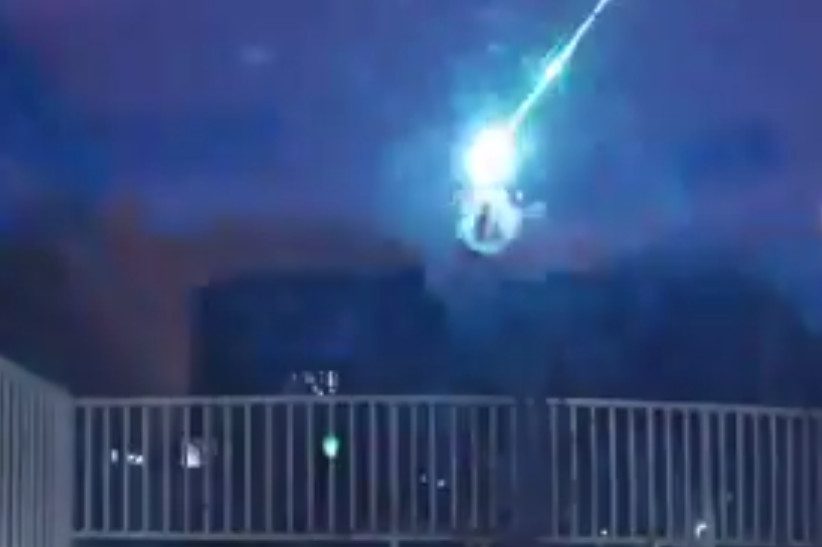 A bright ball of light hurtled across the morning sky and it didn’t take long for social media to light up with people who saw it.

“It looked like an explosion kind of thing and then a streak of light. (There were) some beautiful colours,” said Darren Maroniuk, who was driving on Highway 5 east of Saskatoon when the light crossed by his driver side window.

“It was like a green, blue, red and yellow at the end.  I’m still shaking, it was so neat.”

The flash of light occurred shortly before 7:30 a.m., and lasted only a few seconds.

Shellbrook’s Evan Davis watched it streak across the northwest sky and peter out near the horizon.

“It was like a flash of lighting,” Davis said. “It lit up the sky. It was a big ball at the front leading a tail and the tail had different colours.”

Chris Hurd, professor in the department of Earth and Atmospheric Sciences at the University of Alberta, said what people witnessed was most likely a meteor.

“When it’s bright like that, we call (it) a fireball. (It’s) a space rock almost certainly that’s come through the atmosphere,” said Hurd.

“As it comes through the atmosphere, the outside heats up and shines brightly. It also looks like because it changed its brightness and kind of dimmed out that the rock broke up maybe into smaller pieces.”

He says it looks like the space rock came down somewhere in northern Alberta.

Hurd said scientists right now are trying to map the trajectory of the meteor to narrow down a more precise location so they can begin looking for possible meteorites.