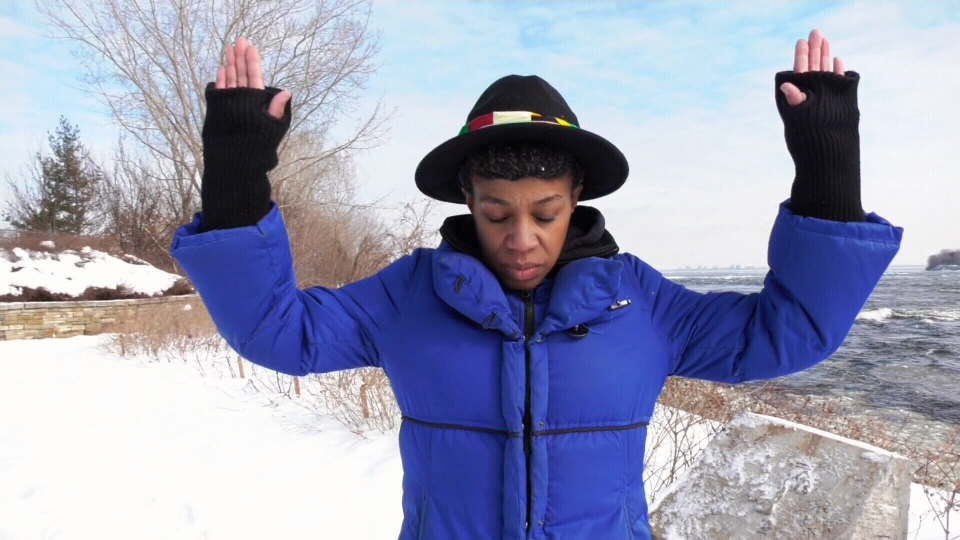 MONTREAL — A piece of work by a Montreal poet describing the oppressive nature of racism is so powerful, versions of it have been circulating the internet.

‘I Am A Witness’ is told from the point of view of a bystander at the scene of George Floyd’s death at the hands of a Minneoapolis police officer. It’s creator, spoken word artist Roen Higgins, first performed the piece at a virtual town hall meeting of the West Island Black Community Association.

“I am a witness. I am a witness to another black man saying ‘I can’t breath,’” the poem begins. “His last breath stolen by the person who’s supposed to serve and protect. Shouting for his momma while an officer forcibly kneels on his neck.”

Members of the Montreal police were in attendance at the meeting, which Higgins said made the performance all the more terrifying.

“I felt I one day might be profiled,” she said. “That one day I would have to fear walking down the street and it blew my mind.”

But when the feedback came in from the community, she said she knew she did the right thing. Someone in the meeting recorded her performance and shared it with friends and family. The video circulated in the community, until a producer approached her to record the piece for a video.

The piece is about how, as a society, we witness the deaths of black bodies on TV, including the killing of George Floyd while in the custody of Minneapolis police officers.

“I feel that this is a mother raising her boys in a casket, and that’s where that rage comes from,” she said of her performance in the video. “When it’s soft and delicate, it’s a place where I’d like to be. As a mother who doesn’t want to scream at her child… but please, do whatever it takes to come home alive.”

Higgins believes that since Floyd’s killing and the rise of the Black Lives Matter over the past year, society has been wore willing to listen to the realities of racism and injustice. But in Quebec, progress has still ben slow.

“Right here, our leaders need to admit and be open to say it. We have a problem and only then can we make change.”