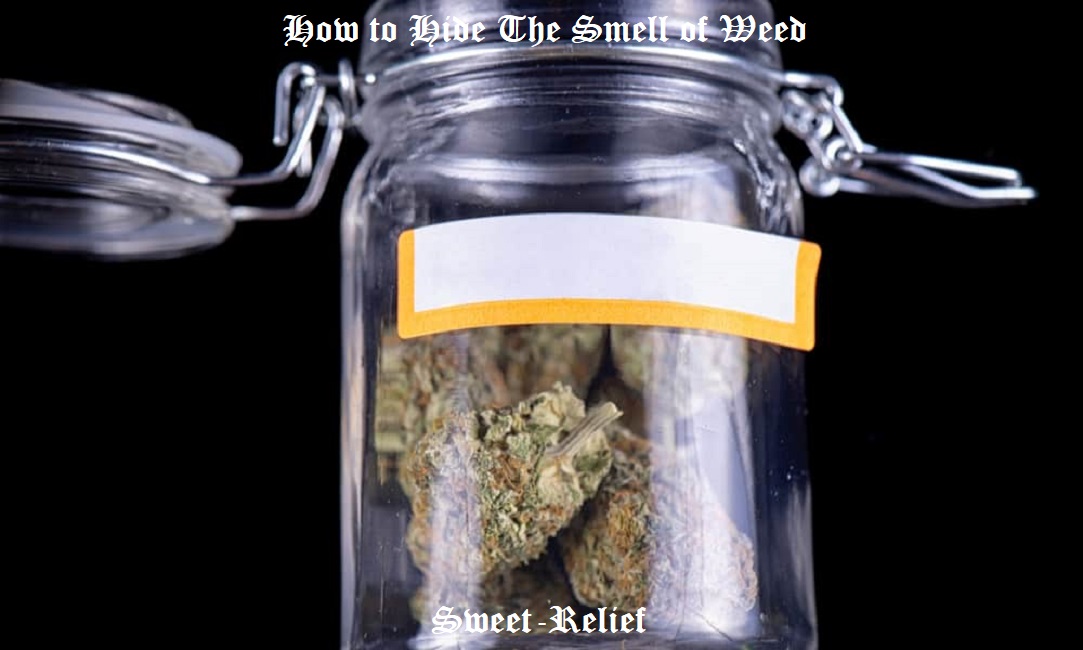 Cannabis, as we’re well aware, is a flower. One of the primary functions of flowers is to create terpenes, odoriferous chemicals designed by nature to attract pollinators and ward off predators. These pungent compounds can be one of the best and worst parts of enjoying cannabis. The rich smell of fresh, sticky weed can be as intoxicating as the perfume of a long-lost lover.

Unfortunately, weed smell can also be a dead giveaway that alerts others to your preferably private ritual. And while cannabis may be consumed for medicinal and adult-use purposes throughout the country, federal prohibition continues to govern public perception, which can still trend negative. If you want to be mindful of your neighbors or simply want your cannabis habits to stay under the radar, respect and privacy can be preserved with a few handy tricks to mask the smell of cannabis on your person or inside your home.

Marijuana in the Air

Catching a whiff of marijuana in the air at a concert can be a great thing (it means there’s a potential new friend nearby), but catching a nose-full while staying at your conservative parents’ home may not have a great outcome. When traditional fixes like candles and air fresheners don’t cut it, consider the following:

Use a doob tube:

A doob tube (aka a “sploof”) is a home-made device designed to make the smell of weed turn into the smell of fresh laundry. Just stuff a toilet paper or paper towel roll with dryer sheets or fabric lightly soaked in Febreze, then simply exhale the weed smoke through it.

Invest in an air purifier:

Air purifiers are an easy way to eliminate smoke as soon as it is produced. This is especially important for those who smoke indoors as the smell of stale smoke can accumulate quickly on carpet, walls and upholstery.

Vaporizer pens offer the ultimate cannabis experience because they deliver cannabinoids directly to the brain within seconds without the carcinogens or lingering scent. You can find affordable vape pens online and in dispensaries for as low as $30-$50, as well as multi-use vape pens for around $200.

When possible, opt for a well-ventilated area. This will give the smoke somewhere to escape to instead of lingering in the area and on clothing.

How to Hide the Smell of Cannabis in Your Car

Although we advise against driving and smoking weed, cars actually provide a superb smoking location when stationary. Not only will blazing in a vehicle stop your house from smelling, but cars also feature inbuilt ventilation systems and—perhaps more importantly—half-decent sound systems that add a punch to that reggae bass.

Prevent Your Car from Smelling of Weed

Heated seats. Fans. Music. Pretty LEDs. Sometimes it seems like cars were made to be smoked in. If you love blazing in your four-wheeled stallion, check out these means of keeping it smelling fresh.

Before hitting the tip of your joint with a lighter, put the fans on. If you really want to avoid a smelly car, putting up with the loud noise will pay off.

Ventilation will carry terpenes out of your car, preventing them from seeping into the material of your seats. Open the windows on either side to keep a constant flow of air rushing through your vehicle.

This aromatic oil is a hippie hallmark and doubles as a great way to mask weed smell. Made from the small pink and white flowers of the patchouli plant, this oil is known for its pleasant, lasting scent and supposed antidepressant and aphrodisiac qualities. Certainly makes sense to me: enjoy a doobie, dab some patchouli behind the ears, smell nice, and make love, not war.

A household staple for many Americans living with gassy pets and gassier spouses or roommates, Febreeze is a trigger-action odor eliminator. This is not the end-all, be-all of cannabis smell reduction, but for a fresh scent in a pinch, it’s a solid option.

The toilet bowl approach: Matches with the bathroom fan on

One of the sneakier moves to avoid weed smell on the list, the toilet bowl is an act of desperation at its core. You can’t go outside but you can’t consume inside; it’s a risky move no matter how you slice it. But if you must, bring along stick matches (preferably) and flip the switch on the fan. The combusting sulfur and wood smoke of the stick matches should cover a hit or two and the fan should take care of the rest.

Ozium is a classic smoke eliminator that every cannabis enthusiast can use. It’s an air freshener with a vanilla and lemon-type scent that literally grabs smoke out of the air and punches it into another realm. While it won’t completely mask the scent, it’s a great base for all of the scents you’re about to throw into the atmosphere.

Black Ice is one of the most overwhelming scents known to man (and woman). Like, if someone would’ve had Black Ice on their person in Jurassic World: Fallen Kingdom, they’d have had absolutely no chance of getting close enough to catch Blue—because you can seriously smell it from like, eight miles away.

Grab a pack and place them strategically around the area you need to render nug-smells, and with the help of all your aforementioned other scents, it’s guaranteed to be the knockout punch for any remaining cannabis odors.

The smell of burning popcorn could make a house fire just smell like another movie night gone wrong. In my experience, few smells mask other odors better and linger in the air longer than an accidentally burnt bag of microwavable popcorn.

Terpenes don’t just cling to furniture after a smoke, they also linger on your hair and body. You might not detect the smell of weed on your person after a smoke, but everyone in your office will be hit by a wave of cannabis when you step foot through the door.

Prevent Your Hair and Body from Stinking of Weed

Preventing the smell of weed from clinging to your body will save you from some awkward moments at work and elsewhere. Use these tips to remain smelling fresh.

Smoking outdoors will reduce the chance of smelling like bud after a smoke. Increased airflow will move the terpenes away from your body, especially if you face away from the wind.

While smoking offers a satisfying ritual, it also immensely increases the chances of getting busted. Use your weed to create extracts or edibles! But be warned, edible highs are often much more intense.