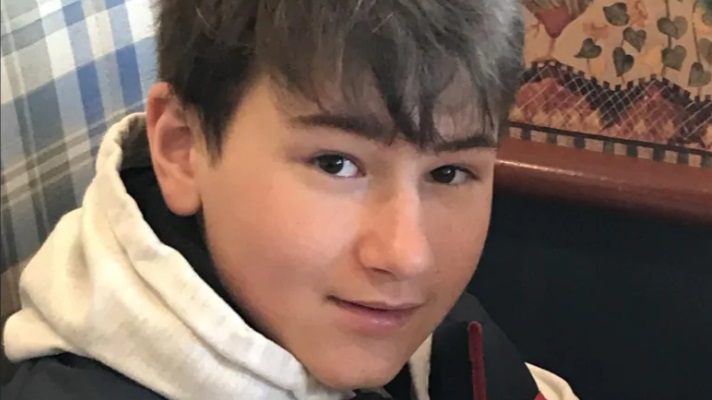 Battered, bloody and nearly naked, 15-year-old David Roman made a simple plea moments before he was stabbed to death in an Ontario foster home: “Please help me.”

David died on Feb. 19, 2019, in a home in Barrie, about 110 kilometres north of Toronto. Another resident of the home, a 14-year-old, was charged with first-degree murder.

The accused and David were among four foster teens, two of them with a history of violence, under the care of Expanding Horizons Family Services Inc., a for-profit company that hired a 24-year-old foster parent with no experience raising children and no relevant education beyond high school.

When escalating violence at the home led the foster parent, Jordan Calver, to seek help and later removal of the 14-year-old, the company told him to hire his own staff and use Google to find answers, according to a lawsuit filed by Calver. His allegations have not been tested in court.

“They’re making money on children,” Roman’s mother, Elena Dvoskina, told The Fifth Estate. “They’re taking children in without any consideration if they know how to deal with those children. [Had I known], I would have never agreed for David to be placed there.”

Private companies are licensed to look after as many as 2,291 foster youth in Ontario, the most recently posted government figures show, about the same as the combined number looked after by foster parents trained by children’s aid societies in Toronto, Ottawa, London-Middlesex, Windsor-Essex and the Toronto-area regions of Durham and Peel.

There are more than 60 licensed companies and when they run their operations to capacity, they are eligible to be paid between $125 million and $167 million a year, according to CBC estimates.

That money comes from Ontario taxpayers, with the government routing funds to children’s aid societies, which then typically pay between $150 and $200 per child per day.

But while the responsibility is immense, an investigation by The Fifth Estate has found the level of public oversight is minimal.

The Ontario Ministry of Children, Community and Social Services allows any adult to be a foster parent who hasn’t been convicted of certain crimes of violence or abuse, even if they have no relevant education or experience.

Private companies operating foster homes claim expertise on licence applications by checking boxes, which aren’t scrutinized by the ministry. Those companies then use the licences to market themselves as having expertise. Collaboration among children’s aid societies is encouraged but not mandated.

At least 16 children’s aid societies signed contracts with Expanding Horizons and placed children at one of its group or foster homes since the company opened its business nearly a decade earlier.

Expanding Horizons’ website, which was taken down last fall after The Fifth Estate sought to interview its principals, made claims about expertise among its staff and consultants bolstered by wide-ranging and accomplished professionals, including a psychiatrist and a well-regarded retired educator.

But the company’s website claims unravelled during an investigation by CBC’s The Fifth Estate.

Its consulting psychiatrist gave up his license in 2016 and is retired.

A woman listed on the website as its executive director said she never played that role and had asked company officials to remove her name.

The company’s legal counsel surrendered his law licence to the Law Society of Ontario after admitting to a tribunal in 2018 that he misappropriated nearly $500,000 from clients.

The president of Expanding Horizons at the time of David’s death was Carmine Perrelli, deputy mayor of Richmond Hill, north of Toronto, and an ally of Ontario Premier Doug Ford and his late brother, former Toronto mayor Rob Ford.

David bled to death with a knife still stuck in his throat, forensic pathologists concluded in reports obtained by The Fifth Estate. His final minutes were witnessed by another foster teen in the home who later spoke to CBC.

“The only words I remember from [David] that night was [him] saying, ‘Please help me,’ ” that teen told CBC.

CBC cannot reveal his name or that of another teen in the house that night because they could be witnesses if the first-degree murder charge laid after David’s death proceeds to trial.

Interviews with those witnesses and David’s parents, licencing records obtained by The Fifth Estate and two lawsuits raise questions about how Expanding Horizons supported Calver to manage foster teens.

Two other foster teens in the home at the time told CBC the charged youth had been violent and twice arrested by Barrie police in the weeks before the killing, claims also made in Calver’s lawsuit.

The second arrest occurred two days before the killing, after the 14-year-old kicked down the locked bedroom door of Calver, whose lawsuit alleges he was trained for two days to be a foster parent and promised he would not be tasked with looking after violent or emotionally disturbed kids.

After the 14-year-old was arrested a second time, Calver pleaded with officials at Expanding Horizons and a children’s aid society to move the youth elsewhere, but both pressured him to take the youth back, his lawsuit alleges.

The three children’s aid societies that had placed youth in the Barrie home expressed regret for what happened and wrote that changes were needed to better protect foster children.

“We know that serious systemic issues — ranging from the quality of care provided in residential services, the need for more robust staff training and the need for an improved system of licensing and oversight — must be addressed by residential service providers, government and child welfare together in partnership,” wrote York Region Children’s Aid Society, which placed David in the Barrie home, the Children’s Aid Society of Hamilton, which placed the 14-year-old charged with murder there, and Simcoe Muskoka Family Connexions, which placed the two youth who witnessed David’s death.

It’s not the first time systemic problems in privately operated foster and group homes were identified by an investigation.

Ontario’s advocate for children and youth wrote a scathing report after the death of a foster child in Thunder Bay under the care of another for-profit foster company, a report that was at the ministry, awaiting a response, on the day David was killed.

“A licence [may] provide false assurance to placing agencies about the quality of care that can be expected at a particular residential placement,” the report concluded.

“The children in Thunder Bay were struggling [with] depression, acute suicidal ideation, sexual assault trauma and substance abuse.… Many of the foster parents and staff [were] ill-equipped to meet the needs of these children. Most of them were very new to the field.”

David’s death triggered investigations by the Ministry of Children, Community and Social Services and children’s aid societies in York and Durham regions.

When CBC requested those reports from the ministry, it shared them, but only after redacting them in their entirety.

While the ministry won’t say what it found, after David’s death it ordered Expanding Horizons not to open new homes or accept new children in care, reduced the number of youth it could care for to 18 and imposed dozens of conditions on its licence.

Before accepting children into care, Expanding Horizons must create safety plans to prevent behaviours that would place the child at risk, train foster parents to safely de-escalate conflict and report serious occurrences to the ministry. It also must disclose to placing agencies the length of time foster parents had been approved to provide care, the number of foster youth already there and the schedule of support staff.

After a child was admitted into care, Expanding Horizons must review weekly with foster parents serious incidents, whether they have concerns about managing youth. When they do, they must document the company’s response and report concerns to the placing agency or person.

‘We must do better’

“We were looking at furthering that system so that there’s educational qualifications as well,” she said. “We are working on legislation to come into place in the next two to three years … we know that we can do better and we must do better for children who are in care.”

Eight months after David was killed, the ministry renewed the licence of Expanding Horizons. That annual licence is up for renewal again, triggering an inspection process that is still ongoing, and in the meantime, the company remains licensed.

“It’s important that we [understand] it’s the director of inspections who makes those decisions on a licence,” Dunlop said.

“I don’t understand why this company continues to be licenced to house children.”