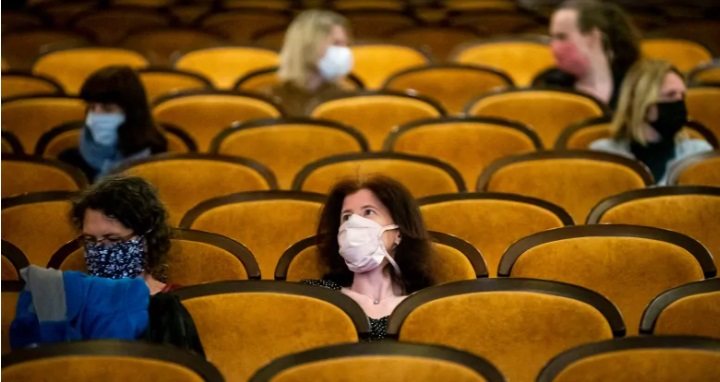 More than 26 years after he started organizing free film screenings in Victoria, B.C., Bruce Saunders has had to call it quits.

Saunders launched Movie Monday after spending time at the Royal Jubilee Hospital, where he was being treated for depression. While there, he discovered a 100-seat auditorium in the Eric Martin Pavilion which sparked the idea of screening films for patients and ex-patients.

“The whole idea of Movie Monday was to get people together and get people out of isolation and watch a movie together, and that’s exactly what we’re not supposed to be doing,” Saunders told CBC’s On the Island host Gregor Craigie.

‘It’s going to be that way for a while I think.”

He also believes people will be reluctant to return to gathering in crowds post-pandemic, and that they’ve become accustomed to watching movies at home, which would make the event difficult to relaunch anytime soon.

Saunders stopped screenings nearly a year ago when concerns around COVID-19 began to rise. The theatre was only allowing 12-15 people inside and, with Saunders offering free admission, it made the events difficult to control.

Saunders, a landscaper by day, said the event was a place for people to connect and talk about film, but it was also a way to bring mental illness to the forefront and bring like-minded people together.

“That was something I was pretty proud to be part of,” he said.

Filmmakers, actors and other speakers would often be invited to be part of a discussion following the screening, including Trevor Greene, a former officer with the Canadian Armed Forces who sustained a brain injury following an attack while serving in Afghanistan. Greene was subsequently featured in a documentary, a highlight for Saunders.

It isn’t the end of Saunders’ sharing his love of film; he plans to share film recommendations on the Movie Monday website and for people on his email list moving forward.

“My passion is connecting people with things that I think are valuable and entertaining.”