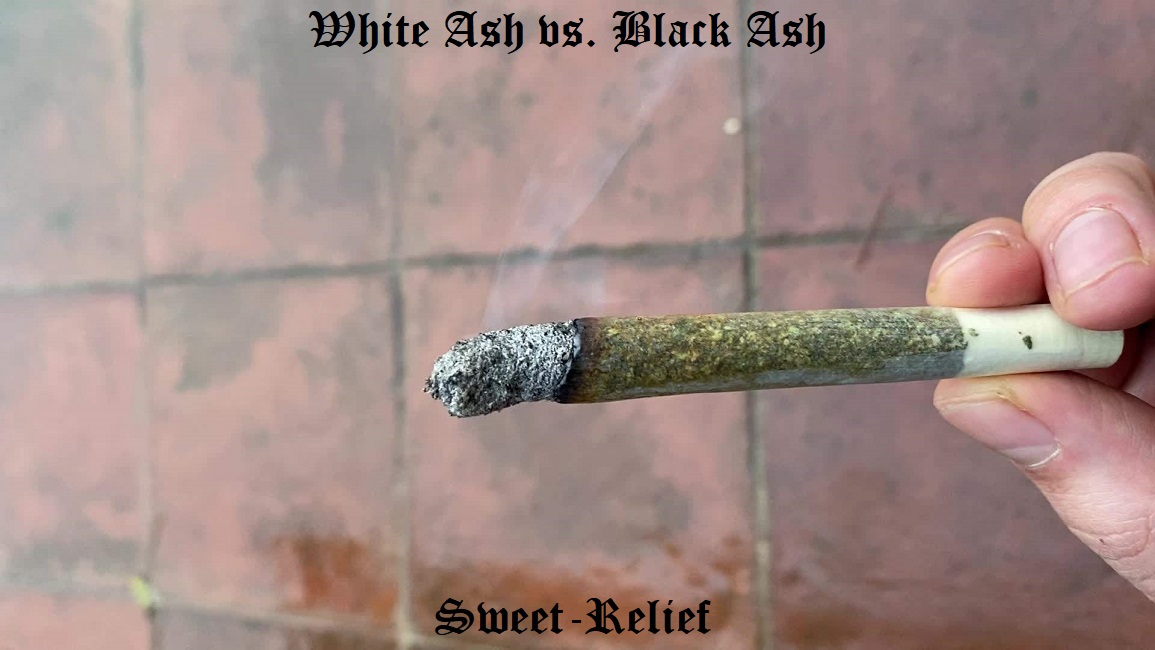 Many qualified medical marijuana patients wonder “Is white ash cleaner than black ash?
Talk to a veteran cannabis user and you might hear of an interesting test to confirm that quality of your cannabis: if the cannabis burns (vaporizes) white rather than black, it is a higher-quality product.

While there is some truth to this belief, generally speaking, this is an incomplete explanation of the differing ash colors leftover from cannabis. In order to better understand where this myth originates from, we’ll have to first understand the argument being made on behalf of this belief.

Why White Ash is Considered Cleaner

This belief is not a new argument, as the tobacco industry has been studying ash color for a significant period of time. Researchers found that, rather than fertilizer treatment altering the ash color, it was the fermentation process, specifically the high concentration of chlorophyll. According to Cannabis Business Times, the main takeaway is that white ash forms at high combustion temperatures and is mostly made up of minerals.

While comparing to relevant industries such as tobacco is helpful in analyzing this belief, there is one dramatic differentiation between “flushing” in general horticulture and the term “flushing” with regards to cannabis cultivation.

What Does It Mean to Flush Cannabis Plants?

The term flushing, or flushed, cannabis is the practice of feeding the cannabis plant solely water in the last week(s) of the growing process in order to “flush out” residual chemicals or nutrients that are used to boost the cultivation process.

While not all cultivators utilize the flushing process, broadly speaking it has become a compulsory piece of the cultivation process for many cultivators across the world. Other cultivators argue that the process of flushing is actually potentially harmful as the logic and science behind the argument is flawed. As such, according to the Pot Guide, many growers say their bud burns to white ash regardless of flush, and that any properly grown cannabis will do the same.

So, if flushing is not the tell-tale sign of white ash, then what is?

What Does It Mean to Cure Cannabis?

Although not all patients may be familiar with the term “curing”, you will definitely be familiar with the final result of curation. Curing is the process of preserving cannabis against degradation and bacteria during storage. Curation is used in cannabis cultivation to seal in desirable cannabinoids and terpenes while purging excess compounds. While curing and drying are often confused, curing refers to the careful release of moisture content in sealed containers over an extended period of time.

The argument concerning curing cannabis is that if cannabis is improperly cured then the chemicals cannot perspire entirely. However there is no evidence to back this claim up, and there is actually refuting evidence that flushing removes

It is important to understand the time investment that goes into properly flushing and curing cannabis. Many of the factors discussed above relate to a cultivator attempting shortcuts to harvest the plant and sell it as quickly as possible. For a high-quality final cannabis product, cultivators must spend the time, energy, and focus on these final two steps to get the most out of the plant. This may also be another reason this can be such a touchy subject for some cannabis advocates, as making the proclamation that a plant is not quality because of the arbitrary color of the ash denotes a lack of curation and flushing by the cultivator.

Curing For A Cleaner Smoke

White ash is also considered to be the result of properly cured weed. It is well known in the growing community that drying and curing is crucial to achieve a flavourful, potent product.

When we dry and cure our weed correctly, the remaining sugars continue being metabolised. These compounds break down slowly and are released gradually into the atmosphere. It seems without them, the smoothness of the smoke improves noticeably.

The key here is to not dry and cure your buds too quickly. When this happens, some of the heavier compounds may remain in the bud (such as chlorophyll and other sugars) as they do not have enough time to break down, essentially becoming locked in the bud. Because of this, buds that have been fast-dried may deliver a harsh smoke that has a grassy taste.

The moisture content in the bud could be linked to the colour of the ash. If the buds still hold too much moisture then they may not burn properly (and at a lower temperature) and the ash is likely to be darker unless the weed is heated for a longer period of time.

Drying and curing does help to remove some of the impurities left in the buds, and in theory, results in a whiter ash when burnt. Unfortunately, we still do not know the exact reason for white ash and it is probably a combination of factors, but curing does show significant improvement in bud quality.

Ultimately, there are many other ways to know that the cannabis you are purchasing is quality prior to using it. The smell of cannabis is one of the most recognizable methods to confirm that the cannabis is potent, the stronger the smell of specific terpenes the more likely that particular plant was grown properly. You can also look at the plant for visible crystallization of kief across the plant’s leaves; cannabis with a lot of crystallization means the plant has been grown to the strongest it can. Finally, the feel of the cannabis can help denote quality as well; plants that are overly fluffy may have excess moisture, while plants that are overly dry may have degraded some of the terpene and cannabinoid profile.