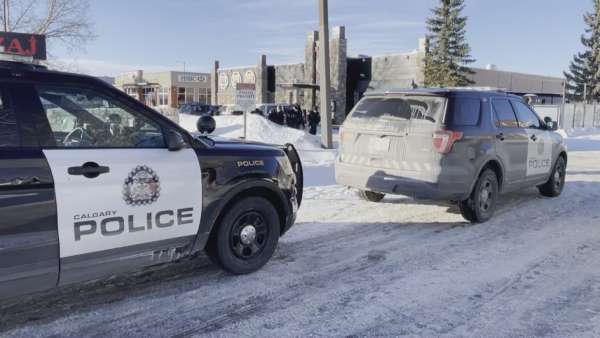 Calgary Police Service’s homicide unit is investigating after a man was found dead in a restaurant parking lot in the city’s southwest.

Officers were called to the parking lot of the Mazaj Lounge & Restaurant at 9223 Macleod Trail S.W. around 11:20 p.m. Friday night for reports of a man in medical distress.

According to police, the man in his early 30s was pronounced dead at the scene, and an autopsy is scheduled for Monday.

Police are asking anyone who may have witnessed anything suspicious in the area between 10:20 p.m. and 11:30 p.m. to come forward.

Global News reached out to the restaurant for comment but it has not responded.

This is the second time in about two years that there has been a death outside of a Mazaj restaurant. In April 2019, two men were killed in a targeted shooting outside of Mazaj’s northeast location, which shares the parking lot with other businesses.