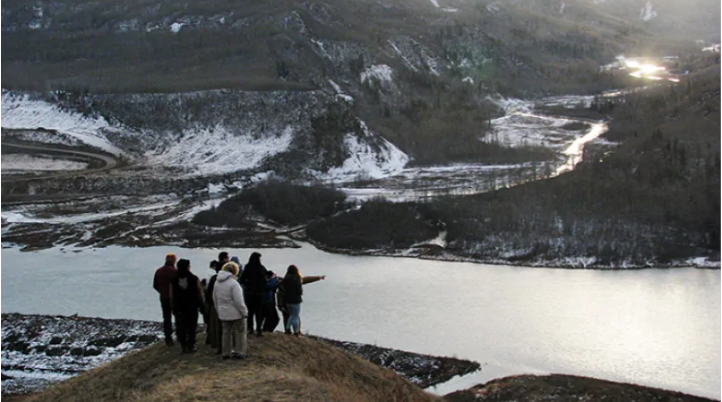 Critics have called for more transparency about the costs, safety of the megaproject

B.C. Premier John Horgan and Minister of Energy, Mines and Low Carbon Innovation Bruce Ralston are scheduled to make a major announcement about the Site C hydroelectric dam on Friday morning as critics continue to push for details about safety risks and the cost of the mega-dam.

The news conference is scheduled for 11 a.m. PT.

Critics are expecting information gathered in that report to be released which may also affect the fate of the project.

Heavy equipment and hundreds of people continue to work on the project in northeastern B.C. and did so throughout the COVID-19 pandemic.

In December, Horgan explained he wanted to receive the Milburn report before deciding whether to move forward with completing Site C, but it was important to continue the work until a decision is made.

In 2017, the B.C. Utilities Commission estimated it would cost at least $10 billion to complete the Site C project. BC Hydro expressed concerns last summer saying the cost would rise due to the pandemic

Green Party of B.C. Leader Sonia Furstenau has been urging the release of more information to the public and an end to the project which involves temporarily rerouting the Peace River near Fort St. John, for up to five years.

“I’m worried about what they’re going to be announcing,” said Furstenau on Thursday.

Since Monday, the Greens have gathered more than three thousand signatures on a petition calling for the project to be shut down.

She said the public and MLAs have been in the dark about the project without an update for several months.

Furstenau has long opposed the dam and said the NDP government should release the Milburn report and also two additional geotechnical reports dealing with the stability of land around the project.

“We’re literally a year without any significant update on what is happening at the site, what are the costs and the fundamental question of, you know, considering the geotechnical issues that were raised, can this dam even be safely built?”

She said she’s concerned around not only the escalating costs and the ecological devastation of the Peace River Valley, but also the impacts on relationships with First Nations and loss of prime agricultural land.

Supporters of the project also want more information to be released.

Liberal MLA for Peace River North, Dan Davies, said his constituents are eager to see the project moving forward but he says the management of the project is a concern.

He said the project has faced delays and hopes to get clear answers about the future of the project.