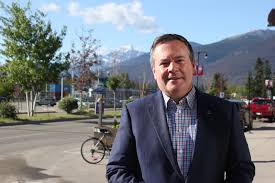 Shooting up like a rocket, Alberta’s sky-high debt is soaring past the $100-billion mark with the glaring admission there is no plan to restore balance to the books.

In fact, the province’s debtload could surpass $130 billion in the next few years.

The skyrocketing debt and massive deficits are partly because of obvious issues such as increased health spending and a sluggish economy due to the pandemic. But critics also blame missteps from the current and previous government linked to interventions in the oilpatch.

Entering 2021, the provincial government’s debt was $98 billion. That will increase significantly as the deficit for this year is expected to be more than $18.2 billion. This figure doesn’t include the potential loss of more than $1 billion as a result of the government’s ownership stake in the failed Keystone XL pipeline.

The situation is becoming so dire there is concern from within the governing United Conservative Party about the government’s finances.

Drew Barnes, the MLA for Cypress-Medicine Hat, points to the annual cost of debt servicing — about $2.3 billion this year and likely more in the years to come.

“Eventually, that interest and that debt payback will not only scare business and investment away, but crowd out every important priority to Alberta families. I have some concerns, some big concerns,” he said in an interview.

Barnes acknowledges the many factors out of the government’s control, such as the pandemic, the level of debt accumulated by previous governments, and what he describes as an unfair financial relationship with the federal government.

Still, at this point, he won’t commit to endorsing his own party’s budget. Barnes said he needs more time to look it over and talk with constituents.

The budget was formally tabled on Thursday and the government hopes it will pass before the end of March.

For context, the debt-servicing costs Alberta will pay in the 2021-22 fiscal year are presumed by government officials to be the highest in the province’s history. In that same year, it is expected to be larger than all the corporate tax revenue collected and also higher than all the royalties collected from oil production, according to the government.

Alberta Finance Minister Travis Toews said he is disappointed in not being able to present a balanced budget. “But, simply put, with particularly the drastic drop in Alberta government revenues as a result of this pandemic and economic collapse, we simply can’t do that,” he told journalists.

The provincial government is increasing spending slightly, pointing to the need to support the health-care system and promote growth in the economy.

However, some of the recurring expenses are related to investment gaffes, including a deal signed several years ago to financially support the Sturgeon Refinery located northeast of Edmonton. The facility processes diluted bitumen from the oilsands into diesel and other products.

The government said the “onerous” contract with the refinery resulted in a more than $2.5-billion shortfall last year. While the situation is expected to improve, the losses will continue until 2024 at the earliest, according to budget documents.

As well, the Alberta government continues to try and offload contracts it signed to increase the amount of oil that can be exported by train. The contracts have so far cost the government about $2.4 billion. About 40 per cent of the total amount of contracts have been divested, so far.

The outcome of the Keystone XL investment is still to be determined as the government and TC Energy decide their next steps. Government officials are not speculating about how much of the investment could be recovered or whether additional expenses could occur in winding down the project and potentially removing pipe from the ground.

With these commitments and other projects, air quotes are needed when calling them investments, said Ron Kneebone, with the University of Calgary’s School of Public Policy.

“They take gambles with our tax dollars. I wish they wouldn’t do that. I would rather they just establish a good investment climate for industry,” he said.

Rising oil price
The budget is based on a West Texas Intermediate (WTI) price of $46 US per barrel. For context, WTI closed on Thursday at more than $63.

For every $1 difference in the price of a barrel of WTI, the province’s revenue fluctuates by $230 million. If oil ends up averaging closer to today’s price for the rest of the year, the difference is around $4 billion.

That would result in a substantial increase in oil revenues for the province, but would only put a dent in the deficit.

“If there is any sort of short term, five to ten year windfall, in terms of the oil prices, that’s only going to help fill in the hole we’ve already dug for ourselves,” said Jared Wesley, political science professor at the University of Alberta.

With each passing year the province runs a deficit, it will likely become more difficult to dig its way out. The borrowing costs the province will have to pay each year on its debt are expected to keep rising and experts warn that expense could climb even more if interest rates begin to rise.

The introduction of a sales tax or increases to existing taxes would put a dent into the shortfall, but Toews isn’t interested because it could hamper economic growth.

“Right now is not a time to even be considering major revenue adjustments or tax increases,” he said.