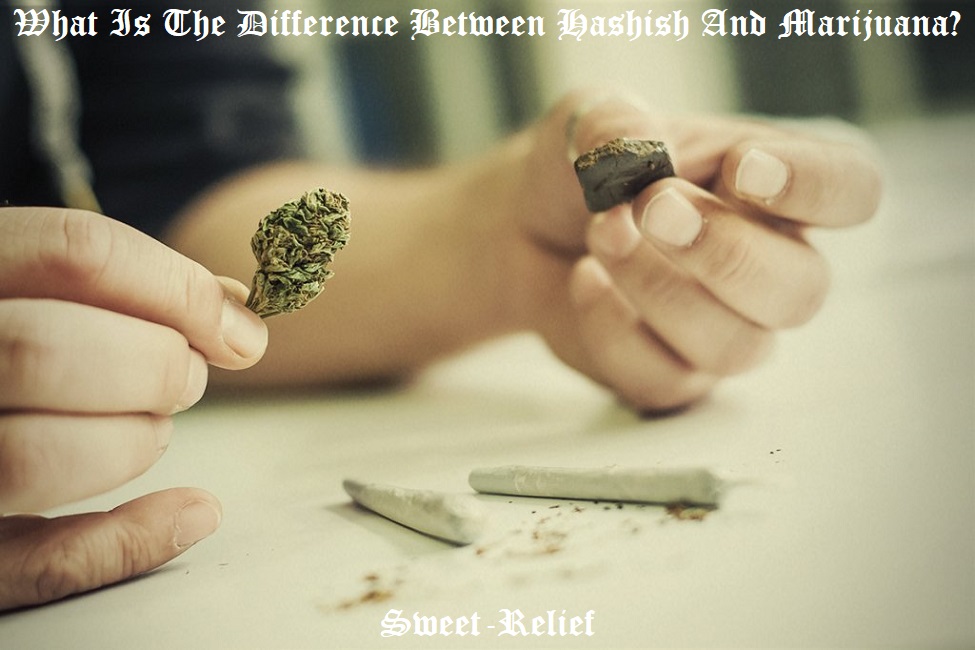 If you’re new to the world of cannabis, it can be difficult to understand the jargon used by people who have been on the scene for longer. Even seemingly-simple concepts like the difference between weed and hash or concentrates, or how to establish the quality of your hash, can be baffling to the uninitiated.

Since marijuana contains plant material, it is typically less potent than the extracted resin of hashish that eliminates all of the “extras.” Though THC levels vary, marijuana may generally have a potency of 10-20 percent THC while THC levels in hashish can range from 20 percent to 60 percent.

This means that it will take much less hashish than marijuana to achieve psychoactive effects. One hit of hash can go a long way. For someone accustomed to a lower level of THC like that found in marijuana, it can be dangerous to assume the results will be the same.

Higher potency may lead to increased negative consequences of use and raise the risk for an adverse reaction to the drug. NIDA warns that higher levels of THC can raise the odds for addiction. Higher potency can also mean a greater risk for a possible psychotic reaction as heavy use may produce hallucinations, paranoia, and schizophrenia-like symptoms.

Weed refers to dried cannabis. In most parts of the world, weed is made up of cannabis flowers that have been dried and cured, and are ready to smoke, vaporize, cook, or turn into some kind of concentrate. In some regions of the world (like South America and Southeast Asia, for example), you’ll still find “brick weed”, which usually contains buds, stems, leaves, and seeds, all compressed into a hard, dark block.

There are countless strains of cannabis out there, and they all produce unique effects. Since the 1980s, cannabis growers have started breeding and manipulating these strains to produce unique varieties with different aromas, flavours, and effects. Sativa varieties tend to produce a more uplifting, euphoric high, while indica varieties are thought to produce more relaxing, mellow effects. But keep in mind that the effects of a strain come down to its chemical makeup, not its genetic lineage.

Hash (or hashish), on the other hand, refers to a cannabis extract made by separating the resin from buds (and/or sugar leaves). There are many different ways to make hash, but they all involve separating the trichomes and pressing them into a block, ball, cylinder, or coin. The result is a strong concentrate with unique flavour and effects.

Some of the most traditional forms of hash come from Afghanistan, Morocco, and India. Afghan and Moroccan hash were traditionally made by running dried cannabis through fine sieves. The gentle friction would separate the trichomes from the dried plant material to make kief, which would then be heated and pressed to produce dark, creamy, and very potent blocks of hash.

In India, on the other hand, hash was produced differently. Here, people would take live cannabis buds and roll them between their hands. The heat and friction would cause trichomes to separate from the actual plant material and create a thick, dark resin on the hands. This would then be rolled into balls and sold as charas. Try Premium Afghan Hash.

Other forms of hash include rosin, bubble hash, and BHO, the latter two of which are made using solvents.

For centuries, the cannabis plant has been used in the Americas for its psychoactive and perceived health benefits. Most recently, weed, also called marijuana or pot, has been a popular recreational drug in North America.

Cannabis was also used in other parts of the world. Users in Africa and the Middle East preferred ingesting the resin of the plant, which contains a highly concentrated dose of the psychoactive substance THC. In Arabic, hashish means “grass.”

Despite strict prohibitions on drugs of any kind, hash is widely available across Asia, Africa, Europe, and the Middle East.

In general, marijuana is a type of grass plant that grows quickly – a reason for its nickname “weed” – in tropical or subtropical climates. Buds, stems, and flowers from a mature plant are typically dried and turned into smoking weed, or pot.

To get hash from a marijuana plant, cultivators separate glandular hairs called trichomes and compress them into a dense block using heat. Looked at under a microscope, trichomes appear as clear, viscous tentacles. The resulting product resembles a sort-of marijuana sap.

How is hash made?

Traditionally, mechanical separation has been the primary means of extracting the resin from the flowers. It’s either dried or sieved (dry-sifted) before being shaped and pressed into blocks, or by using the hands to rub the fresh plant so that the resin adheres to the skin and must be scraped off.

Dry-sift hashish is by far the more common in global terms. Several large producer countries including Morocco and Lebanon produce only dry-sift hashish. Even in Afghanistan (along with Morocco, the world’s largest hashish producer), the bulk of hashish destined for export is dry-sift. However, Afghanistan is part of the geographical region that is traditionally known for producing hand-rubbed hashish; it still produces significant quantities of hand-rubbed hashish, along with India, Pakistan, and several other South Asian countries.