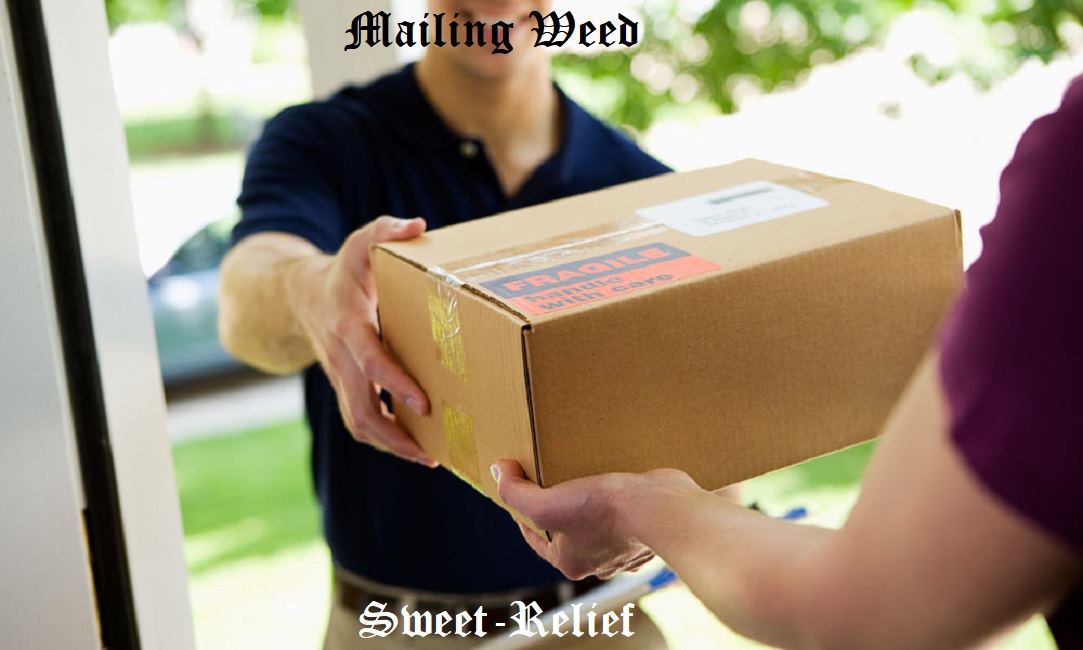 There are few government agencies with their own memorable children’s song, but sing the first few notes to, “here’s the mail, it never fails…” and any member of a certain generation of American youth is likely to give the full song in response. The American affinity for the US postal service is so extensive it even spawned multiple major motion pictures. However, the nation’s growing acceptance for legal cannabis is at odds with our affinity for shipping things – making the mail system off limits for marijuana businesses or consumers.

If that’s not enough to convince you that mailing weed is a bad idea, we’ll break it down even further to specifically highlight the main reasons why sending cannabis via the mail is something no cannabis consumer should ever consider.

Cannabis is still federally illegal and considered a schedule 1 drug, meaning that sending it through the mail amounts to trafficking. According to the DEA’s 2017 ominously titled “Drugs of Abuse” report, the most minimal of offenses possible (anything under 50kg of product, or 1-49 plants) is punishable by up to five years jail time and a fine of $250,000.

If you get arrested with friends, they can charge up to $1 million to the group. Second offenses will double that, and it only gets worse for larger amounts. The US postal service is also a federal agency, meaning aside from cannabis laws, you can also be charged with misuse of mail and other mail-tampering related offenses. Even if the state you reside in is generally cool with it and decides to not prosecute, wherever it is arriving might be a different story, and each place can decide to prosecute however it pleases. Sending cannabis through the mail is definitively illegal in any circumstance, unless you are acting on behalf of a federal agency with the approved paperwork, which lets be honest, if you’re reading this article, that’s probably not the case.

Sender and Receiver are Both Equally at Fault

Maybe you’re thinking, “not my address, not my problem, it’s on whomever receives it.” This is flat out false. Both sides can be charged. People tend not to realize how well tracked the mail is, either by USPS or private companies like UPS or FedEx, and using things like fake names or addresses is actually a red flag to federal agencies, and is more likely to get your shipment flagged. All of the loopholes and workarounds that you’ll hear from friends are usually just wishful thinking.

Mailing marijuana is illegal under federal law, but it may also carry penalties under your state’s law. Although it varies from case to case, you could be charged in federal court, state court, or both…

If you are busted mailing marijuana, you’ve probably violated more than a handful of federal laws. Just a few of the federal offenses you may be charged with include:

The potential penalties for mailing marijuana under federal law vary widely and may include mandatory minimum penalties depending on your criminal history. Some of the factors that will go into sentencing in federal court include:

Federal and state marijuana laws are changing quickly and may change dramatically in the next few years, but it’s not likely that it will become legal to mail large quantities of marijuana anytime soon, if ever.

For now, mailing marijuana in an amount less than 50 kilos carries a maximum penalty of up to five years in prison and a fine of up to $250,000 if you have no criminal record and you are not charged with other federal crimes that carry additional penalties. The potential penalties double for a second offense – up to ten years and a fine of up to $500,000.

What if the feds decide not to prosecute? Are you off the hook?

As an example, we can look at five people who were recently charged with trafficking marijuana in Sumter, SC.

After a month’s long investigation, four people were charged with trafficking marijuana and conspiracy, while another person was charged with possession with intent to distribute marijuana.

Three of the five were charged with trafficking marijuana in an amount between 100 and 2000 pounds. According to the article, though, only 14 pounds of marijuana were seized – six pounds that were delivered through the postal service and another eight pounds that were seized while serving a warrant after law enforcement made a controlled delivery of the packages.

How do 14 pounds turn into greater than one hundred pounds?

The article is not clear about this, but we can assume that, because the defendants are also charged with conspiracy to traffic marijuana, they are being charged with the drug weights mailed or received by their alleged co-conspirators as well as packages that were not seized by law enforcement…

What are the Penalties for Mailing Marijuana Under SC State Law?

If the amount of marijuana is less than 2000 pounds, like the charges of three of the Sumter defendants above, it carries a mandatory prison sentence of 25 years in prison.

How Do Police Catch People Who Mail Marijuana?

Marijuana has a distinctive odor, and, no matter how well you package it with vacuum seals, coffee grounds, or other odor controls, K-9 units will most likely be able to pick up on the scent. Even the slightest particles transferred from your hand to the bag may be enough to alert a trained dog to the presence of marijuana.

Of course, if it’s not vacuum sealed and odor-protected, human postal workers will also pick up on the scent…

In other cases, authorities may be tipped off by associates who have an axe to grind or who have been arrested themselves. In either case, law enforcement can quickly get a search warrant, confirm the contents of the package, and then set up a “controlled delivery,” where they allow the package to be delivered and received as law enforcement monitors and possibly records the transaction.

After the controlled delivery, law enforcement will return with arrest warrants and a search warrant for the residence where the weed was delivered.