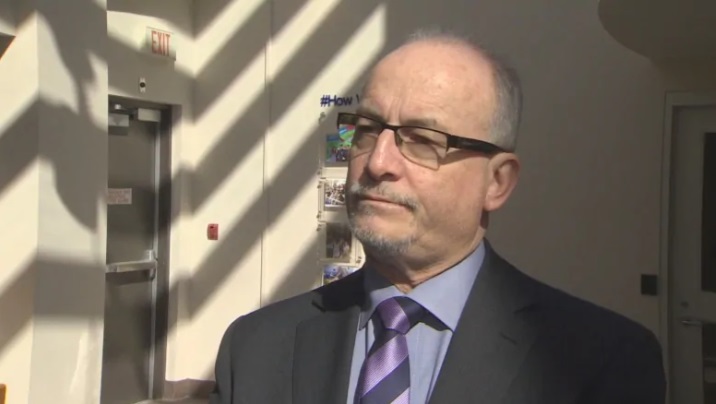 A detective has resigned after stealing opioids from Toronto police evidence lockers because of drug addiction, the force confirmed Thursday.

The revelation about former homicide Det. Paul Worden was first reported by The Toronto Star Thursday morning. When asked about Worden’s actions by CBC News, Toronto police spokesperson Meaghan Gray said “a former officer” had “seized opioids for personal use.”

The officer, who Gray said had earned numerous performance awards during his tenure, has since retired and has secured “professional help.

“The Toronto Police Service fully supports that process,” she said.

CBC News has also reached out to Worden’s lawyer for comment.

Worden’s actions now raise a number of questions — including what this could mean for criminal cases, considering these drugs were seized as evidence.

Officer ‘voluntarily disclosed’ what he had done, police say

According to police, safeguarding procedures had alerted the property and evidence unit to a “suspicious locker entry by one individual.”

They then launched an investigation, and Worden was interviewed.

“The officer co-operated and voluntarily disclosed to investigators that they had unlawfully taken quantities of opioids for personal use due to addiction to prescription painkillers,” Gray said.

She also said his addiction to prescription painkillers was caused by recurring physical pain and injuries, “including an on-duty injury.”

But some of the drugs may have been evidence in criminal cases, Gray said, so now, Toronto police is working with both federal prosecutors and Crown attorneys to establish how this might impact court proceedings.

Police say that interim police Chief James Ramer has asked that the OPP review the entire matter, and any cases that Worden worked on as a homicide investigator will be reviewed by the OPP.

“The purpose of the independent review is to provide all prosecutors with the information needed to assure that the administration of justice has not been impeded or negatively impacted by the conduct of the officer,” Gray said.

Toronto defence lawyer Ingrid Grant, who is not involved with the case, told CBC News in an interview that a defence lawyer could “absolutely” zero in on an evidence continuity breach like this if it involved one of their clients. Crown lawyers have to be able to definitively prove that any seized drugs were tested, as well as show what was tested was connected to the person who was charged.

“If someone has been back there in the exhibit room potentially messing with the continuity of what’s back there, it could really affect that,” Grant said.

Gray said Toronto police isn’t considering criminal charges, because the officer “proactively disclosed and cooperated with the investigation including disclosure of his addiction to painkillers.

According to Toronto police statistics, the force laid 3,688 charges under the Controlled Drugs and Substances Act in 2017, and 2,961 charges in 2018.

Guidelines from the director of the Public Prosecution Service of Canada issued in August of 2020 state that prosecution for the possession of a controlled substance should be reserved for “the most serious manifestations of the offence.”

One of the “areas of concern” that the federal agency said “will generally be considered to be the most serious manifestations of the harms justifying a criminal prosecution response” is listed as “conduct committed by a peace officer or public officer, where it is relevant to the discharge of their duties.”

Grant noted this situation is included on the list federal list, alongside things like possession of drugs while driving, or around children. She said it is an “interesting decision” that police aren’t pressing charges here.

“I’m always happy when alternatives to prosecution are considered … when the powers that be consider the realities of addiction and what that can lead people to do,” Grant said. “One would hope that the same compassion would be applied for everyone else.”

Gray also noted that drug addiction “afflicts many Torontonians on a daily basis,” including first responders.

“It is a health and wellness issue and needs to be addressed through the appropriate channels,” she said.