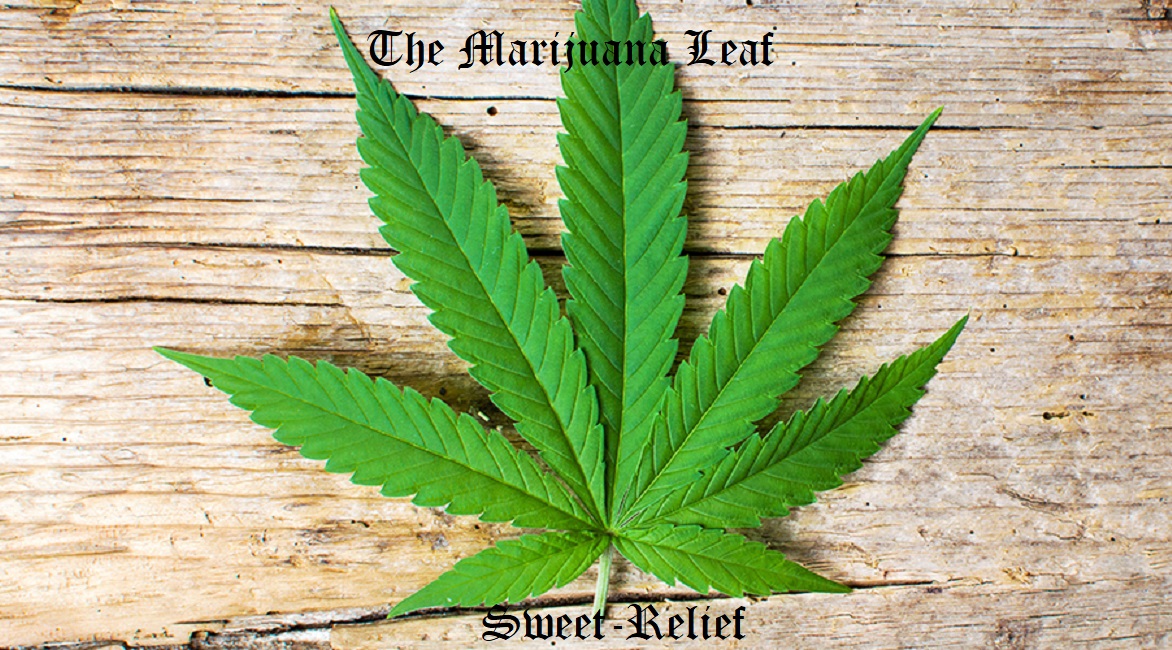 Long before it became a ubiquitous symbol of the modern global cannabis community, the marijuana leaf was a source of powerful inspiration (artistic and otherwise) for stoners in many cultures throughout history.

In this post, the all-things-cannabis experts at Honest Marijuana break down the biology behind the most common types of the marijuana leaf in addition to showing you a few leaf variations you may not have heard of.

We’ll also make sure that you can spot signs of poor leaf and plant health. Lastly, we’ll discuss the benefits of juicing and cooking your leaves into cannabutter in order to make the most out of them.

You can find out How long does it take cannabis seeds to sprout here!

A Brief History Of The Marijuana Leaf

The cannabis plant has been around for a long, long time. Longer, in fact, than many people realize.

Stoners of yore — and we’re talking extremely yore — have been drawing the marijuana leaf on cave walls for millennia.

Take, for example, this cave painting in Kyushu, Japan dated from around 10,000 years B.C.

See the seven-lobed indica leaves in the orange circles? Ancient marijuana, man! And is that a unicorn at the top? Methinks it is! It’s no wonder that some of the best cannabis in the world comes from this area.

And lest you think the cannabis craze was isolated in the far east, check out this illustration of the Egyptian goddess Seshat. Pharaoh Tuthmosis III described this deity as, “she of the seven points.”

She’s obviously got marijuana on her mind. Smart lady.

Even the ancient Greeks got in on the marijuana-leaf action. Below is an illustration of the cannabis sativa plant taken from the Vienna Dioscurides, a Greek medical textbook, dated at around 512 A.D.

Scientists now call these ancient plants landrace strains because they are very different from the high-THC and high-CBD strains you can buy at your local dispensary.

Landrace strain or brand-new variety, it’s obvious that humans have recognized the marijuana leaf (and the cannabis plant as a whole) as a source of artistic inspiration, medicine, and, yes, psychedelia, for at least 12,000 years — and probably a lot longer.

Isn’t that groovy, man? We’re part of a long history that stretches back to before the domestication of crops and animals. Can’t say that about too many things these days.

Now that you know a bit about the history of the marijuana leaf — this really is a tiny amount; there’s so much more to learn — let’s turn our attention to the types of marijuana leaf we see today.

What is a pot leaf?

According to the standard phyllotaxy (the arrangement of leaves on a plant stem), cannabis leaves are compound (with multiple leaflets, as opposed to simple, where a single leaf grows from the stem) and opposite decussate rather than alternate.

Opposite leaves emerge in pairs, one each side of the stem, with a clear vertical space between the leaf pairs. Decussate leaves are opposite, but each new leaf pair is at a right-angle to the last pair. Alternate leaves emerge from the stem singly, swapping sides as the vertical height increases.

Although cannabis leaves are usually decussate, as the plant prepares to flower the leaves may begin to emerge in an alternate pattern. Interestingly, rejuvenated cannabis plants demonstrate alternate phyllotaxy.

Experiments with hemp showed that early-planted specimens, which flowered in low light conditions but did not die, began to put out new alternate leaf growth when hours of sunlight increased. The initial new growth was simple rather than compound, and as new growth continued, the number of leaflets gradually increased.

There is some evidence that this phenomenon leads to vegetative growth of greatly increased vigour, although the genetic processes responsible are not fully understood. It is thought that the evolution of opposite-decussate phyllotaxy occurred comparatively recently, from an alternate-leaved ancestor, and that the genes controlling the decussate phyllotaxy ‘switch off’ around the time of inflorescence.

How many leaves does marijuana have?

The number of leaves and the number of points on each leaf of a marijuana plant depends on the type of cannabis. For example, Indicas are a 7 leaf plant while Sativas are  a 9 leaf plant. The marijuana leaf count on the less widely known Ruderalis plant is 5 leaves.

There are two major types of pot leaves: fan leaves and sugar leaves. The fan leaves are the large leaves that contain very little trichomes. Differences in fan leaf size and width can indicate whether a plant is of the sativa, indica, or ruderalis variety. The sugar leaves are the small, trichome-covered leaves that surround the flower clusters and are typically trimmed off the plant after it has been harvested and dried.

The leaves of the three types of cannabis, Sativa, Indica, and Ruderalis, can be distinguished as follows:

There are also wild weed leaf variations which do not follow the same identifying patterns as Sativa, Indica, and Ruderalis leaves.

Leaves grown from indica cannabis seeds tend to be wide, fat and short. Often you can expect around 7-9 fingers on the leaves. These leaves can be surprisingly large, especially from a pure indica strain such as an Afghani.

The wide, broad leaves from indica varieties can prevent light penetrating too far down. This makes some indica strains less suited to e.g. SCROG grows. Indica leaves often have characteristically deep/dark green leaves. This is a sign of high levels of chlorophyll present in the cells of the leaves. High chlorophyll levels in indica strains is thought to assist the rapid bloom times.

Cannabis leaves grown from sativa cannabis seeds often have slimmer, more narrow leaves with slender fingers. You can see up to 13 fingers on some sativa cannabis leaves. The thin structure of sativa leaves allows light to penetrate down to lower levels. Cannabis leaves on a sativa may not be quite as dark as those on an indica, indicating lower chlorophyll levels which are thought to result in longer bloom times for sativas.

You can find out about Terpenes here!