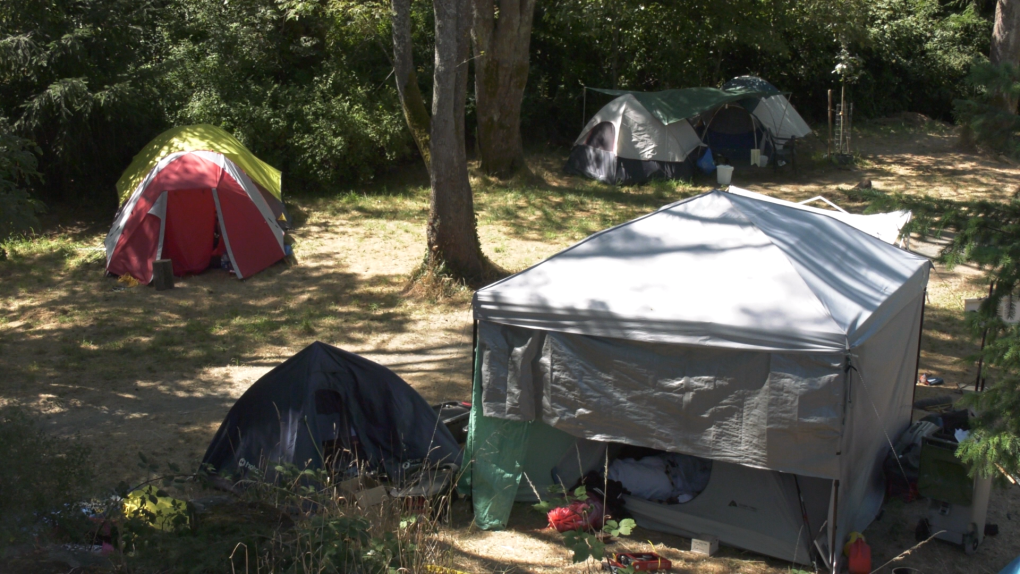 VICTORIA — Victoria police drew their weapons and arrested a man in a city park Thursday after he allegedly threatened the officers with a shovel.

The police were on special duty with city bylaw officers in Cecelia Ravine Park in the Burnside-Gorge neighbourhood just before 9 a.m.

Bylaw officers reported they had been confronted by a man wielding a shovel in the park, near the 400-block of Cecelia Road. The bylaw officers retreated from the man and waited for the police to arrive.

Police say the man then dropped the shovel and retreated to a nearby tent.

Officers followed him to the tent, where he was arrested without further incident.

No one was injured in the altercation, according to police.

The City of Victoria says staff have procedures in place to mitigate risks during such encounters and those procedures were followed in this case.

“Staff are being supported following the incident,” said city spokesperson Bill Eisenhauer. “Any time staff are involved in a traumatic event, either work-related or personal, they are encouraged to access our employee and family assistance program that can provide counselling, as needed.”

The incident remains under investigation. Anyone with information about what happened is asked to call Victoria police at 250-995-7654.