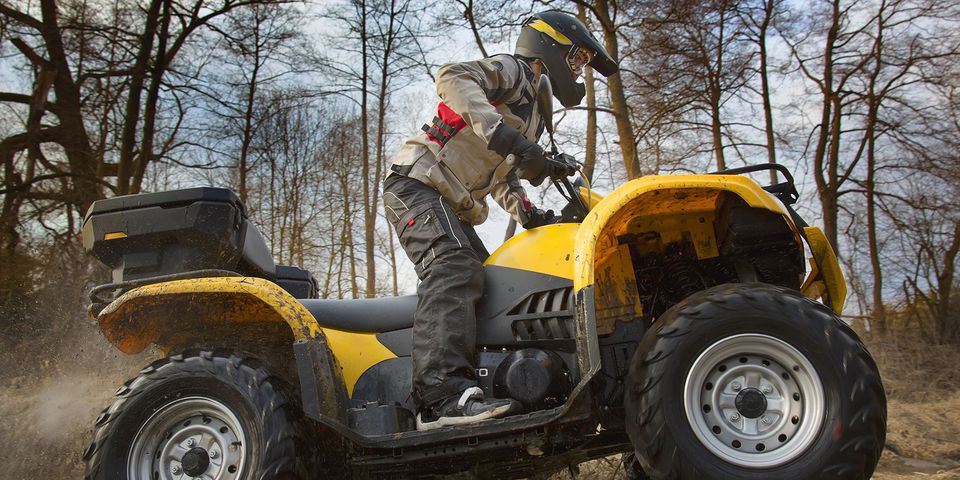 Riddle: You’re 16 years old and zipping your unlit ATV through stop signs at night, initially leading police on an aborted chase, then finally being tagged by another cop and you ram at the cop and drag them for 100 metres — do you think this might have an impact on your insurance when you are driving a car?

For a Kitchener, Ontario-area youth, he’s about to find out. On Saturday night, Wellington County OPP noted an ATV being driven “aggressively” near Mount Forest.

Calling off a chase due to public safety concerns, the rider was soon seen later doing much of the same; an officer on foot saw him, and tried to arrest him. He ran from the first officer, he ran at the second one. Word to the wise: don’t bother trying to shake a cop who is able to hold on for 100 metres before you cut him loose. The OPP officer was uninjured.

“A 16-year-old youth is facing several charges, including flight from and assault of a peace officer, stunt driving, and operating a motor vehicle without insurance or a licence,” according to CTV News. You are forbidden from operating off-road ATVs on most Ontario roadways, by the way.

Lad, this stunt will follow you for years to come. Whether you’re on a snowmobile or off-road machine and you’re on the road, if it is motorized, you’re going to get treated the same as if you’re driving a car by the Highway Traffic Act.