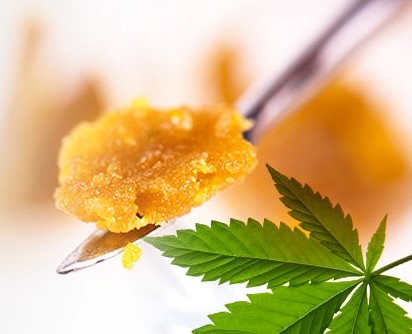 The Purple Zacatecas strain delivers a powerful yet pleasant high. It’s a 100 percent sativa with a sweet, smooth flavor and a moderate THC level.

Landrace strains are becoming increasingly difficult to come by. Breeders these days combine existing strains to produce new ones, resulting in a significant increase in the number of hybrids on the market. However, the Purple Zacatecas strain is a relic from the ‘golden era’ of marijuana.

What Is the Purple Zacatecas Strain?

The high you’re likely to feel is cerebral in nature at first. Users report feeling light and euphoric soon after utilizing Purple Zacatecas. You might also experience an increase in energy levels. Consider using it in the morning as a wake-and-bake strain. If you’re fatigued and need a boost of energy, use it in the afternoon instead.

It’s also conceivable that you’ll feel more creative and perhaps contemplative. According to most users, the comedown from a high does not cause any strain.

The buds have a piney, sweet fragrance that lingers. When you smash the buds, the sugary scent may be more apparent. This marijuana strain has mostly a hash odor when it’s burned.

Purple Zacatecas’ sweetness seeps into the flavor in a big way. Users enjoy the sugary taste of the first puff, and it might take some time before you discover anything else. However, there are also undertones of cinnamon and licorice lurking in this strain’s flavor profile. On exhale, you may get a fiery sensation.

This marijuana strain has spade-shaped buds with a minty green color. This strain’s brilliant red hairs and crystal trichomes make it stand out. The purple undertones, on the other hand, enhance the appearance to new heights.

Purple Zacatecas is a rare variety that is difficult to come by. Instead, you might wish to acquire clippings from clones if you want to grow this plant again. There isn’t much information regarding how to cultivate it successfully. We understand that it does well either inside or outside.

Purple Zacatecas grows well when you use LEDs as your lighting source. However, such illumination may be costly and perhaps not worth the investment if you only want a few plants. In that case, HIDs would likely be enough.

This purple strain is also a light feeder, as you may expect. If at all feasible, follow an organic feeding schedule to get the most out of it. Purple Zacatecas has a high resistance to pests and diseases such as botrytis and powdery mildew, which makes it ideal for use in greenhouses. It will be ready to harvest in the first half of October when grown outside. Its flowering period is 10-11 weeks long indoors.

Purple Zacatecas is a landrace variety known for its purple hue. Like most landrace strains, it does not have a high THC concentration in modern parlance. In general, you can expect it to have 14-16% THC and less than 0.1 percent CBD. It’s possible that this strain has little or no CBD at all (less than 0.1 percent).

Purple Zacatecas may seem mild in comparison to modern-day varieties if you’re accustomed to consuming them. Purple Zacatecas, on the other hand, is quite popular among MMJ patients who can purchase it. If you have difficulties with your attention span or concentration, consider giving it a try. People with ADD/ADHD, in particular, may benefit greatly from its usage.

Purple Zacatecas isn’t strong, but it could be useful if you have a mild amount of discomfort. If you’re tired throughout the day, this strain might help you get through it. It may provide you with the boost of energy you need to get through a long day. Finally, if you’re feeling anxious or down, this could be the strain for you.

Possible Side Effects of the Purple Zacatecas Strain

Purple Zacatecas, with a THC content in the middle range of other strains, has less severe negative effects than stronger options. Dry mouth is one of the most frequent adverse effects. Users might also suffer from dry eyes for a time.

Purple Zacatecas is a great choice if you’re looking for an old-school marijuana strain. It has a relatively mild high, making it a good option for beginners or folks with low THC sensitivity. If you want to feel better about yourself or need a boost of energy, this is the strain for you. It might also increase your level of attention. This strain offers a gentle high that’s perfect for novices or individuals with low THC tolerance.

Even finding clippings from mature Purple Zacatecas plants is difficult. It is, however, a relatively simple plant to grow.