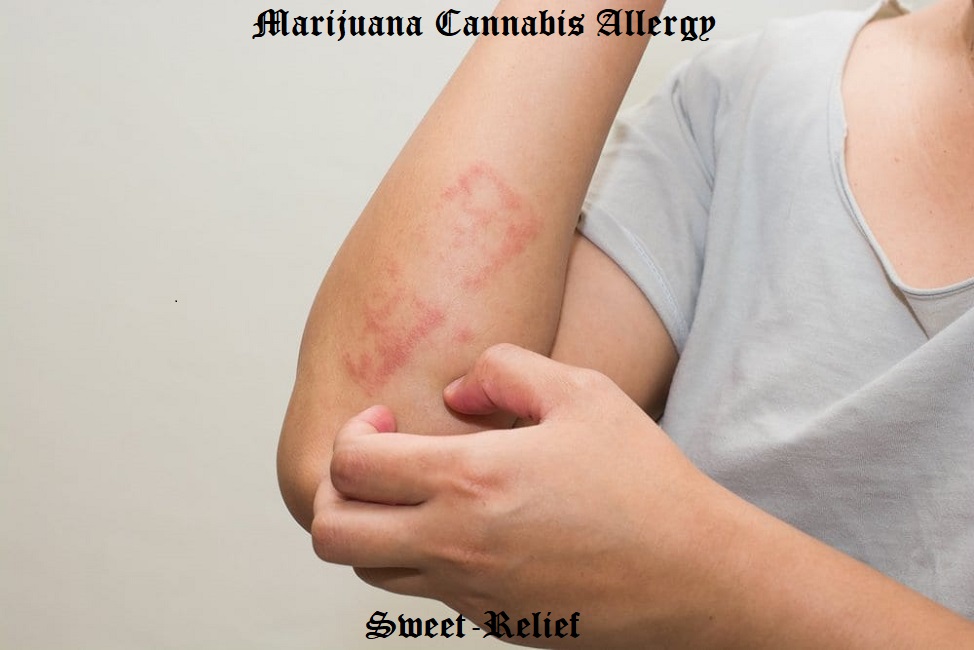 Cannabis sativa (hemp) is a plant that thrives in diverse environmental conditions. It is used as industrial hemp (low THC cultivars) in manufacturing of yarn, fiber, installation and rope. Hempseed is also touted as a super food rich in protein and promoted for general good health.

Higher THC cultivars are grown for medicinal use generally in the treatment of nausea, anxiety and pain. It is consumed as a recreational drug commonly known as marijuana. It is generally smoked, vaporized or eaten. This industry is growing at a rapid pace particularly with the legalization and relaxation of the laws governing marijuana use.

Cannabis exposure is common. In the southwest United States pollination of female plants by the males of the species results in airborne dissemination with inhalation and resulting sensitization. Marijuana sensitization can also occur in workers involved in the flourishing marijuana industry.

Hempseed exposures can be inadvertent as it is found hidden in foods and drinks.

Allergic sensitization including the development of specific IgE can result from inhaling, smoking, touching, and eating marijuana or cannabis allergens.

How do I know if I have a marijuana allergy?

The symptoms of marijuana allergy include many clinical manifestations depending on how a person was exposed. Contact or touching the plant can result in breaking out in rashes, hives, or swellings called angioedema. Breathing or inhaling marijuana allergens can result in nasal or ocular or eye allergy symptoms. This includes runny nose, sneezing, itching, and swelling and watering eyes. Asthma with the development of wheezing and shortness of breath also can occur. Anaphylaxis has also been reported. This most commonly occurs with hempseed ingestion.

There is no standard way to test for marijuana allergy, at present, and a careful history is typically used. Skin testing could be considered for patients who have histories of cannabis allergic reactions. The allergist can prepare an extract or slurry using the buds, leaves and flowers of the marijuana plant. A standard prick skin test, similar to that which is done in any standard allergy testing can then be done. While these tests are not standardized they can be used generally to predict allergic sensitization.

With the increased use of cannabis or marijuana by industry, medicine, and the general population as well as legalization there will be more reports of allergy. The symptoms although usually benign include nasal, ocular and pulmonary complaints. However life-threatening reactions have occurred but are generally limited to hempseed in marijuana allergic individuals. The definition and importance of the associated food allergies still need to be defined by research. Vigilance and awareness are paramount. Treatment is generally avoidance to insure there are no severe consequences. Hopefully it will also include immunotherapy in the future with the development of new research.

Common symptoms of a marijuana allergy, many of which are similar to seasonal allergy symptoms, include:

Handling the drug may also cause contact dermatitis, a skin reaction that can have the following symptoms:

Symptoms of marijuana allergies can come on immediately after exposure to the plant, although, in other cases, they may not begin for an hour or more.

To stop symptoms from getting worse, a person who notices these effects should immediately stop touching or smoking the drug.

Less commonly, marijuana can cause a severe allergic reaction called anaphylaxis. This condition can be life-threatening and occurs within seconds or minutes of exposure to an allergen.

Signs and symptoms of anaphylaxis include:

Anaphylaxis can result in a coma or death, so it is essential to get emergency medical attention if this reaction is suspected.

Along with anaphylaxis, the main risks linked to a marijuana allergy are that it may be linked to cross-reactivity with other allergens.

Cross-reactivity happens when the proteins, such as pollen, in the marijuana plant resemble the proteins in another plant. An allergic reaction may then occur when a person comes into contact with similar proteins elsewhere.

Foods with proteins that resemble marijuana proteins, and which may, therefore, cause an allergic reaction in people with marijuana allergies, include:

Doctors diagnose marijuana allergies in the same way as other types of allergies, by using skin tests or blood tests.

A doctor will first take a person’s medical history and perform a physical examination. They may then use a skin prick test. This test is not very invasive, and the results come back quickly.

In a skin prick test, the doctor will apply a diluted allergen, such as marijuana, to the skin’s surface with a needle. If a red bump or wheal, itching, and redness develop in that area within 15 minutes, a person may be allergic to that substance.

A doctor may also use an intradermal test. This test involves using a thin needle to inject a diluted allergen just below the skin’s surface.

Blood tests are another way of checking for marijuana allergies. A sample of blood is drawn and tested for the presence of antibodies to marijuana. If a person has more antibodies in the blood than expected, they are more likely to be allergic to marijuana.

Blood tests may be better than skin prick tests in some cases because they involve a single needle prick. They are also less likely to be affected by any other medications. However, the results take longer to come back, and the tests are more expensive than skin tests.