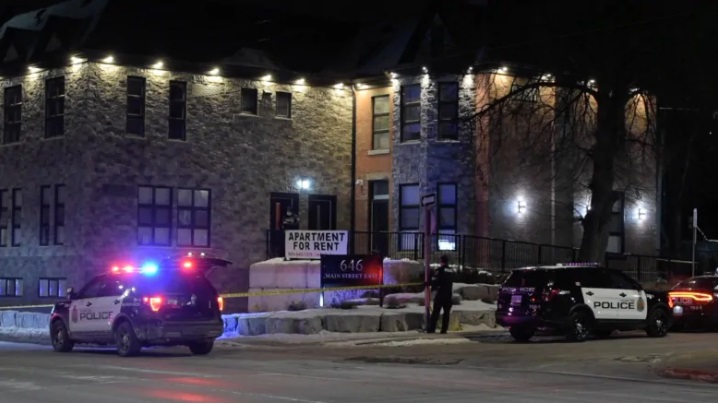 Hamilton police say they continue to search for a 27-year-old man and are trying to identify a third suspect in relation to a stabbing on Main Street East nearly two weeks ago.

“The 30-year-old victim is still on life support and his prognosis is not favourable. Decisions are to be made on whether medical intervention will be withdrawn,” police said in a media release.

“Investigators are continuing to review hundreds of hours of CCTV footage from around the crime scene and are awaiting forensic results as they work toward identifying the third suspect.”

They say a 30-year-old man was invited into the residence, which was his friend’s home.

Then, police say, he was “viciously attacked” by multiple people.

“Two of the individuals involved in the attack stole the victim’s keys and left the area in the victim’s white Acura sedan,” police said in a previous media release.

“Another individual attended the residence as the beating was taking place and attempted to intervene but he was unable to assist.”

Police say they later caught up with that man, a witness, but released him. They also said one suspect tried to escape out of a window in the home, but was caught.

That suspect, a 33-year-old woman, was charged with attempted murder and robbery.

Police say they have since found the victim’s vehicle, an Acura TLX, near King Street East and Connaught Avenue.

The second suspect, a 27-year-old man, is also facing attempted murder and robbery charges, but hasn’t been arrested yet.

If the victim dies, the charges for both suspects would be upgraded.

Jason Anthony Long is described as a white man standing at 5’6″, weighing 150 pounds with tattoo sleeves on his arms, a tear drop tattoo under his right eye and tattoos on both sides of his neck.

He is considered dangerous, police say, if seen, members of the public are encouraged to call 9-1-1 and to not approach him.