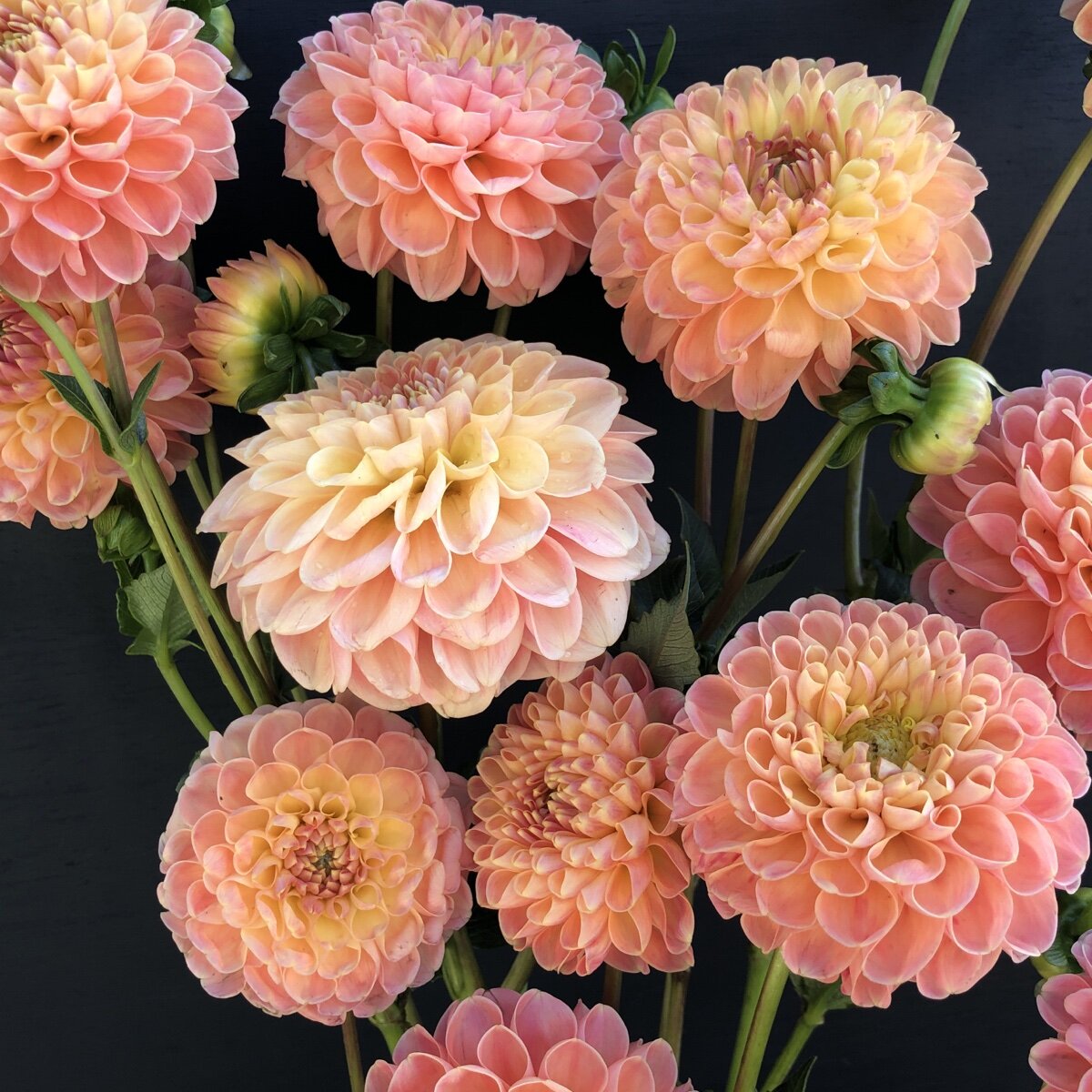 Flower vendors are worried B.C.’s COVID-19 rules for farmers’ markets could lead to greenhouses full of blooms going to waste.

Farmers’ markets are considered an essential service and have been allowed to continue operating throughout the pandemic. However, non-food vendors like potters, jewelry and soap makers and flower sellers are excluded from in-person sales.

This rule was lifted for a time last summer before being reinstated in December.

“We planted the current flowers that will be blooming over the next month back in September and October, assuming things would be alright to sell them again,” Ryall said.

“I can’t stop them from flowering. They’re coming.”

Rose Dykstra, owner of The Front Yard Flower Co. in Richmond, says it was never clear why non-food vendors were excluded from selling in farmers’ markets. She has started a petition urging non-food vendors be allowed back.

She has sold her flowers at the Vancouver Farmers Market for years and says the market has maintained strict rules throughout the pandemic to keep visitors and vendors safe.

Spring flowers like tulips, narcissus, ranunculus and anemones will be ready soon and she’s worried about lost sales and wasted blooms — she says she’s not equipped for large-scale delivery across the Lower Mainland.

“I feel like maybe we’ve been forgotten, because we’re not vegetable farmers, we’re kind of a smaller segment of vendors,” Dykstra said.

Laura Smit, executive director of Vancouver Farmers Market, says although she is grateful the province has permitted markets to continue operating, it’s never been made clear why non-food vendors aren’t allowed.

The farmers’ market has been working since December to bring back non-food vendors, and she says if the rule is not overturned, it will have a big impact on the bottom line for flower vendors in particular.

“It’s not something that is shelf-stable and can sit around to be sold later on in August. Literally the spring time is when these flower farmers are planning for, preparing for, and they don’t understand why they can’t come to market and we don’t either.”

In an email to CBC News, the B.C. Ministry of Health said the rule is in an effort to keep the risk of COVID-19 transmission down, and added that non-food vendors can do online sales and pick-up orders.

“The reason that food vendors are allowed is that farmers’ markets are essential food and agriculture service providers,” a spokesperson said.

“The B.C. government will continue to listen to feedback from the community and stakeholders and adjust our response to support businesses as needed.”

Soap also not allowed — during a pandemic
It’s not just flower farmers who are concerned. Shea Hogan hopes he will be able to sell his natural bar soap at farmers’ markets again this spring.

The owner of PoCo Soap Co. says farmers’ markets used to be a big part of his business and a way to build relationships with customers.

Here’s what we know about outdoor transmission of COVID-19 during winter
He says it’s ironic that, as a non-food vendor, he can’t sell soap in a pandemic. He believes buying items from an outdoor farmers’ market is among the safest ways to shop.

“It was frustrating because other than being arbitrary and general, we’re being told to wash our hands with soap and water,” Hogan said.

“And as a maker and seller of soap, to not be allowed to sell soap somewhere seems … extra weird.”