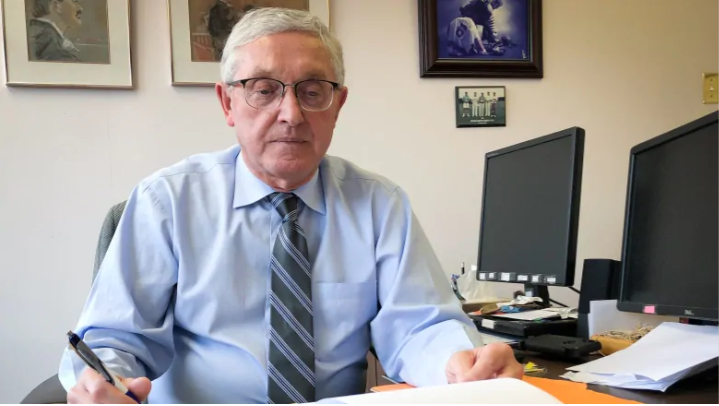 Nova Scotia’s information and privacy commissioner says Cape Breton Regional Municipality’s estimated fee of nearly $43,000 to answer a freedom of information request in 2016 is likely the highest ever issued in the province and is “inflated and inaccurate.”

In a report issued this week, Tricia Ralph said CBRM’s method for calculating the fee estimate was unfair and recommended the fee be waived entirely.

Guy LaFosse, a Sydney lawyer whose anonymous client made the FOIPOP request, said the public has a right to know public information and shouldn’t have to pay high fees to get it.

“I wasn’t overly surprised by the decision, but I was surprised with how strongly worded the decision was and how critical the commissioner was of CBRM,” he said.

“This is a very scathing report when one reads this, particularly when you realize that this is information that should have been disclosed way back in 2016.”

“The fact that you have to wait a little better than four years to get a report from the commissioner is not acceptable in my opinion and the kind of costs that in this instance the municipality was charging … raises various concerns about how business is conducted, particularly in CBRM.”

His client, who LaFosse said remains unwilling to be identified, requested details four years ago on contracts and expenses related to former mayor Cecil Clarke and employees in his office and at the port.

After LaFosse asked the information commissioner for a review, the provincial office worked with both sides to narrow the scope of the request.

The commissioner’s office also worked with CBRM to determine how it came to estimate the fee at $43,000.

In her report, the commissioner said CBRM staff did not use a representative sample of all the document types to determine the estimate and it estimated the time required using higher rates than those that have been previously established.

She said the provincial guide suggests it should take between 30 seconds and two minutes to review a single page, but CBRM estimated three minutes per page.

According to the report, after negotiations CBRM provided a second estimate that came in at just under $3,900, but the commissioner said that’s still too high.

Ralph said CBRM has not met its legal duty to assist the applicant in getting access to public information and it should waive the fee entirely.

This is the second report from the commissioner critical of CBRM’s handling of FOIPOP requests.

In November, the commissioner said CBRM broke the law by withholding or failing to locate 900 pages of information on CBRM’s port marketing contracts requested by Sydney journalist Mary Campbell of the Cape Breton Spectator.

That request was made five years ago and after the commissioner’s critical report late last year, CBRM released most of the documents to Campbell.

LaFosse said that may bode well for his client.

“The new council and mayor have made indications that they are going to be very transparent and will be hopefully assessing as to how they will deal with FOIPOP applications in the future,” he said.

LaFosse, who was involved in the provincial Progressive Conservative Party’s court case seeking details on the Yarmouth ferry management fee, said the FOIPOP system needs to be overhauled.

“All of these cases really raise the issue about the way the legislation is worded and how government, whether it’s the provincial government or municipal governments, can simply delay things and hope that people will forget that they’ve made an application, or make them so expensive and time-consuming that they will just fade away and that’s not the way that government should be run.”

In the meantime, CBRM council may be hiring a full-time FOIPOP administrator.

During pre-budget discussions last week, clerk Deborah Campbell Ryan said the municipality has received 100 freedom-of-information requests in the last seven years and dealing with those is only one of her duties.

“The applications are certainly growing in number and complexity,” she said.

“They’re not just routine requests. There are a number of steps that have to be followed.”

“She really doesn’t have the ability to do FOIPOP as well as her current communications activities,” he said.

“We’re struggling as it is to get information out to the public with one person.”

Mayor Amanda McDougall said she sees the need for a full-time FOIPOP administrator.

“I think it’s important to highlight how much work we might take from the corner of one desk and put to another in hopes that it is a fix that oftentimes it’s just kind of prolonging the inevitable, that we do need to hire more people.”