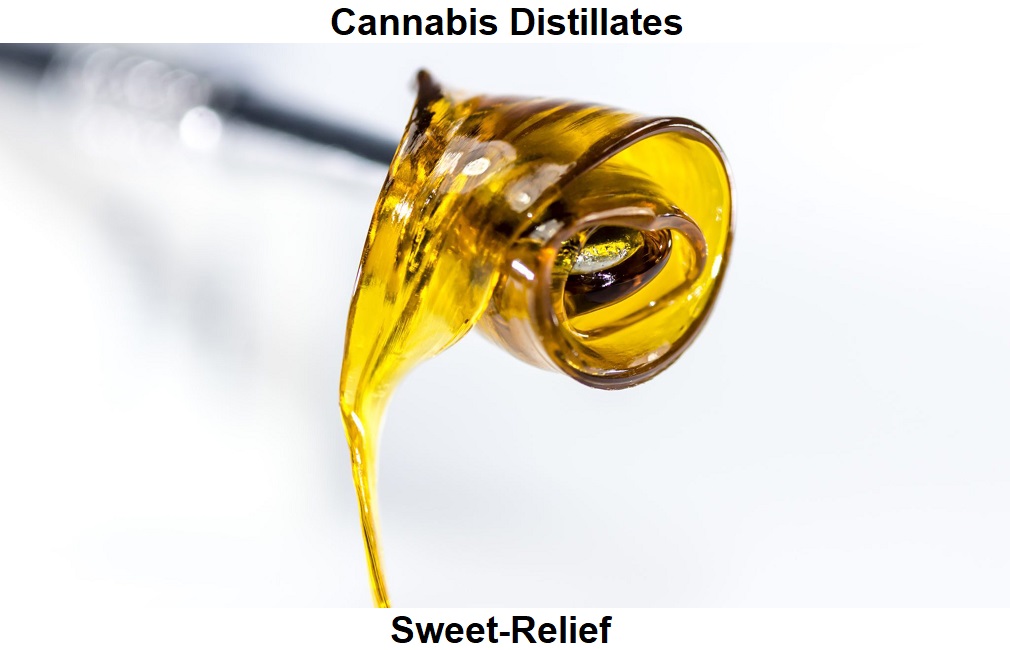 Distillation is a science that has been used for thousands of years, but it’s now known as the final gateway to creating some of the purest forms of hemp and cannabis products. Extracting, isolating, separating, and distilling pure cannabinoids are among the top trends in the world of cannabis production.

Equipment and techniques for creating these pure products have developed almost exponentially within recent years. From potent THC distillate vapor pens to CBD tinctures(Herb Angels CBD Tincture for ex.), the distillation process is a key step in creating some of the most desired products in the industry.

The steps before distillation

Before we walk through the distillation process, we need to look at the steps that get us to CBD oils that can be distilled. In order to get those desired cannabinoids, they first need to be extracted from the plant.

The extraction of hemp or cannabis typically involves the following steps:

Once these steps have been accomplished, then the winterized CBD oil is ready for distillation.

What is CBD distillate?

Very simply, distillation is the separation of molecules through selective boiling and condensation. An example of this is practiced in the world of alcohol distilleries. In order to create a higher alcohol content in spirits like vodka or whiskey, a distillery needs to use distillation to separate other materials from alcohol. But how is it done?

Alcohol has a lower boiling point than water and is therefore more volatile, causing it to evaporate at a lower boiling point. Because of this, a distillery can use a set temperature (roughly 173 degrees Fahrenheit) to boil off the alcohol in a solution causing it to evaporate. After evaporation, the alcohol will collect in a chilled condensation column where it will be more potent and free of water and other unwanted residuals.

When we talk about distilling cannabis products, we have to consider what components we are separating from the plant itself. These can be broken down into a few categories:

Cannabinoids: These are the naturally occurring compounds in the cannabis plant that give it its unique profile and react with the body’s natural cannabinoid receptors. These include tetrahydrocannabinol (THC), cannabidiol (CBD), cannabigerol (CBG) and others.

Terpenes: Naturally occurring compounds derived from repeat units of isoprene. These compounds are found in cannabis, hemp, hops and other plants as well. Well known terpenes include limonene (lemons), pinene (pine trees), linalool (lavender), among many others. Terpenes are thought to contribute to the health effects of the cannabis plant although much research has yet to be completed.

Flavonoids: These lesser mentioned compounds are phytonutrients found in virtually all plants and are partially responsible for color, aroma, and flavor. While these aren’t quite as prevalent in the cannabis plant, they may play a role in the potential health benefits found in cannabis.

Fats and waxes: Class of hydrophobic high molecular weight resins that are produced by plants and may be extracted.

How to extract CBD

Now that we’ve looked at the scientific basics and the compounds we can acquire, let’s dive into the cannabis distillation process.

So, the leftover product should be nothing but pure CBD, right? Well, not quite. The product may still contain chlorophyll and terpenes. How do you remove these to make a nice, clear distillate? You use wiped film distillation equipment.

A common class that covers a range of distillation equipment is referred to as “short path” but really isn’t due to the fact that the condenser is external to the evaporator. More accurately termed “fractional distillation,” this kind of equipment is typically constructed of glass and is used for solvent removal and distillation on a laboratory scale due to its relative simplicity, small footprint, and lower price tag.

When it comes to cannabis products, it’s very important to incorporate thin film distillation. This will create a thin film of oil across an evaporative surface. This, coupled with vacuum pressure to lower boiling temperatures, ensures that the evaporated components (cannabinoids in this case) aren’t in prolonged contact with the heat source reducing the risk of damaging them. There are several variations of equipment capable of doing this.

Likely the most commonly used equipment for solvent removal, rotary evaporators, or roto-vaps, utilize a rotating round bottomed flask to create a thin film. The heat source is reliant on a warm bath that the round bottom flask rests in. This is particularly good solvent removal at a small scale, but is discontinuous. This means it’s generally not a scalable technology if you have a lot of solvent to remove. They aren’t typically compliant with special fire hazard occupancy rules.

Similar to rotary evaporators, falling film distillation equipment is great for solvent removal and uses lower viscosity oils. This occurs by allowing the oil to drain down the inside of a heated column. This continuously creates a thin film on an evaporative surface before being collected on a chilled condenser.

As a product becomes more refined, its viscosity increases. This means that typical methods of distillation like rotary evaporation or falling film evaporation aren’t as effective. Wiped film distillation machines use mechanical wipers that spread a thin layer of oil across a heated evaporative surface allowing the cannabinoids to evaporate and recollect on a chilled condenser that is only a short distance away. This is known as short path distillation. At this point, the final product could contain numbers of cannabinoids as high as 90 percent or more and should also be a nice golden color.

How to Make Distillate?

Regarding the short path distillation process, users must operate a specialized set-up that allows them to properly distribute the extracted cannabis material. A heated flask facilitates the intake of cannabis extract material . As the extract material is fed through the flask, an increased amount of heat is applied. A vacuum is also used so it can help draw vapors up into what’s called, “fractionating tubing”.

From here, the extract material flows through the fractionating tubing, which is then directed to a condensing tube. If individuals want to improve their product’s refinement, the extracted cannabis material can be run through the distillation process several times.

Another extraction method is the short path wiped film process, which focuses on the melting points of cannabinoids. So, what happens during this specific distillation process? First, users must utilize a compact, specialized system that consists of a feed vessel, which serves an important purpose. This feed vessel is meant to send the bulk of the extracted cannabis material through what’s called a “heated evaporation vessel”.

The wiper system works to move the extract material through the heated vessel and it evaporates into the internal condenser, which is converted into a liquid. This specific liquid accumulates, is collected and is then deemed a distillate. To catch excess terpenes and other plant material, another evaporator is used to distribute these compounds into their own designated flasks. What’s interesting about both of the short path distillation processes is that no solvents are required. These processes do their part to divide cannabis into high concentrations of CBD and THC in a solvent-free manner.