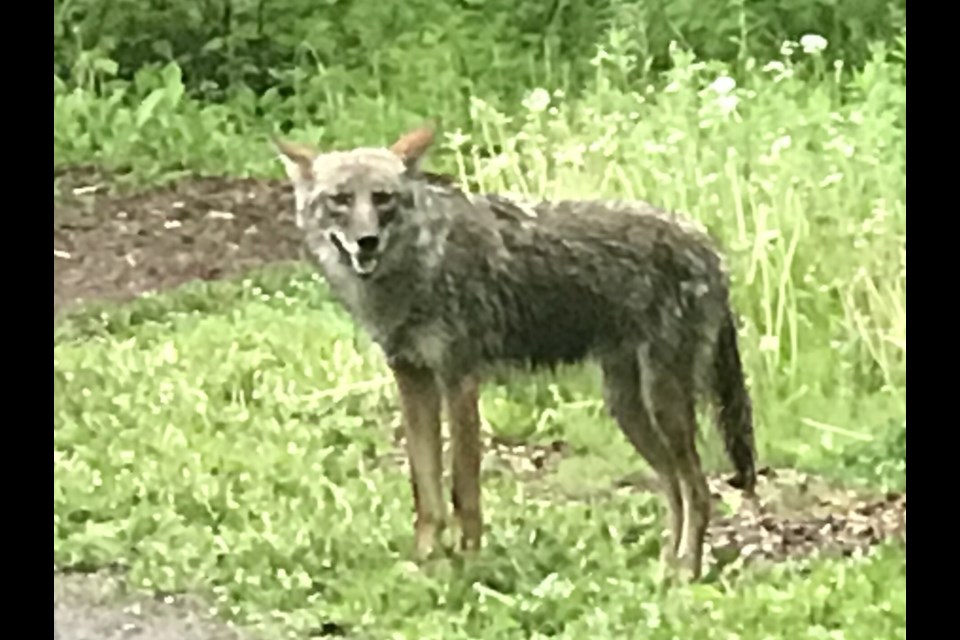 Burnaby residents are being warned about an “aggressive” coyote that has been bothering walkers in a local park.

Several NOW readers have written in about at least one coyote being “aggressive” in Burnaby’s Central Park, including baring teeth and trying to nip at people’s ankles.

“I think we need to alert the parents walking with the kids in the park,” said one reader.

This news comes as people are also being asked to stay away from the Brockton Oval area of Stanley Park following “multiple reports of aggressive coyotes” near the trail.

In a Facebook post the BC Conservation Officer Service (COS) said it has received numerous reports recently of a coyote being aggressive. “No one has been seriously injured,” the agency added.

“Coyote sightings in Stanley Park are not unusual, however this escalating behaviour is concerning,” the post continues. Conservation officers “suspect at least one coyote has been fed by people.”

In the event a coyote does approach you, “the COS encourages people to make yourself as large as possible, face it, wave your arms, yell, and throw sticks, stones or other objects at the coyote,” the agency advised.

British Columbians are encouraged to report any wildlife sightings or encounters to the BC COS’ #RAPP line at 1-877-952-7277.