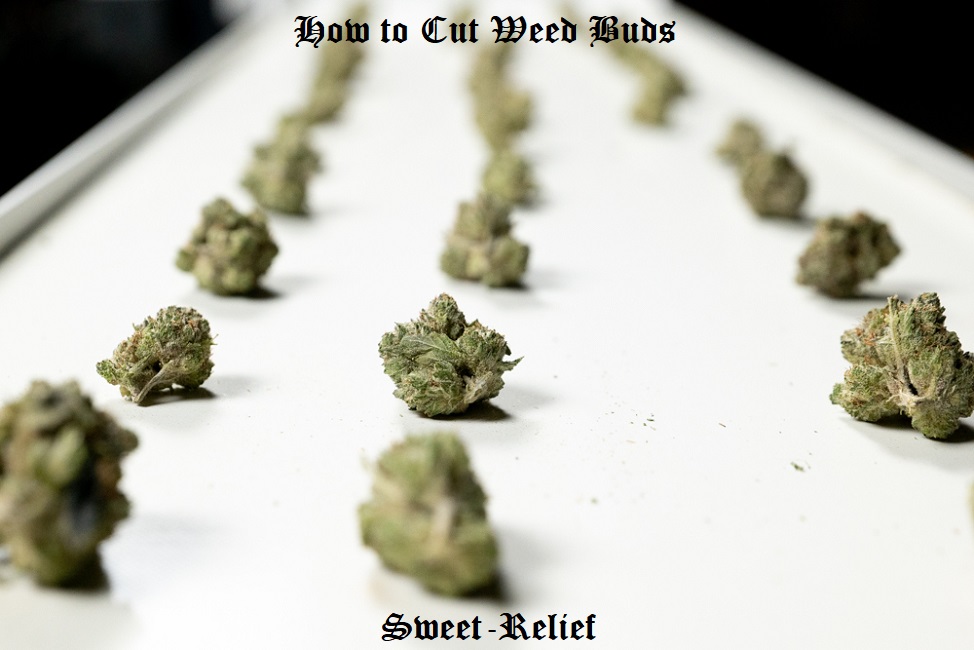 It’s time to cut the plants. This is actually not really difficult, but there are some things you have to take into account. You have to prepare a bit, because you can’t just run to the store to get some more supplies during cutting. This is because your clothes, hair and entire body will smell like weed. And you have to shower properly to get rid of the smell.

Trimming weed may seem like a daunting activity. But take it from the professionals at Honest Marijuana — it’s not as hard as all that. In fact, it’s pretty simple, and we’re going to teach you how.

In this article, we’ll show you the best way to trim your weed for maximum potency. We’ll even tell you how you can use all the stuff you trim off your bud to make edibles, creams, and other fun stuff.

Why Trimming Weed Is Essential

Trimming weed is essential during the harvesting process because it reduces the harshness of the finished product.

Leaves contain more chlorophyll than the flowers (buds), so they will always feel more acidic in your throat when burned. Getting rid of those leaves will make the buds smoother and easier to smoke.

If you leave the leaves on the bud, gram-for-gram there will be fewer trichomes and, as a result, less THC in the finished product. That can affect potency, flavor, and the overall experience of burning down.

How To Trim Your Marijuana Plant

Before we begin, we’re going to suggest that you leave the pot plant standing for the time being. Cut off one branch at a time so you can get the hang of trimming weed before you go all-in and harvest the whole plant.

1a) Set Up Your Weed-Trimming Area

Give yourself plenty of room when setting up your area for trimming weed. A kitchen table works well in this regard (minus the cat, of course).

Having done this many, many times, we recommend having some type of entertainment on hand. Trimming weed in a quiet environment can get extremely boring and tedious really quickly.

If you have a large coffee table in front of your TV, clear it off and set up your trimming area there. Or maybe you have a folding table you use for cards or puzzles. Spread your trays and tools there and go to work.

If all else fails, just sit on the floor. That said, you will need to be comfortable because you’re going to be here for a while.

This is a great time to binge watch one of your favorite shows or movie series. Preferably, something you’ve already seen since your attention is going to be on trimming weed.

Trimming weed is a smelly job (good smelly, not bad), so it’s a smart idea to run an exhaust fan (crack a window, yo) or a carbon scrubber to reduce the dank odor. This is an optional step, but let’s just say that you’ve been warned.

This step is also optional — but highly recommended. Trimming weed is a sticky job, and resin will get everywhere. If you don’t want to constantly wash your hands throughout the process, keep a box of disposable latex gloves nearby.

If you opt for the ungloved route, be sure to have plenty of rubbing alcohol on hand to cut the sticky icky off your digits. Trust us, soap and water don’t cut it.

If you trade in your used gloves for a fresh pair, set the old pair in a bowl or at the corner of your tray. Then when you’re done trimming weed, see if you can extract any of the material off the surface of the gloves.

Why would you want to go to all that trouble? Because that stuff is basically hash and will make a nice addition to your next smoke sesh.

3) Cut A Branch Off Your Plant

Now that you’re all ready to go, cut a branch off your plant and lay it on one of the cookie trays.

Some of the branches on your cannabis plant will be pretty thick. Scissors won’t do. We recommend buying a sturdy pair of pruning shears (like the ones pictured below) that you use exclusively for trimming weed.

These shears are made for cutting thicker branches and stems, unlike snips that you’ll use later for the finer work of cutting off the leaves and such.

In the absence of pruning shears, you can use a knife to cut a branch off the main stem, but shears will make it quick and easy. If you skip the shears and go with the knife, at least use a serrated blade to chew through the stem.

When you’re choosing where to cut, only remove branches that you can handle easily. We suggest keeping the length of the branches you cut to between 18 and 24 inches if possible.

“How can you tell the difference between a fan leaf and all the other leaves on the marijuana plant?” you ask. The fan leaves look like every picture you’ve ever seen of a pot leaf.

They’ll be growing out of the buds at the ends of the branches. When trimming weed, you can usually remove these leaves by hand. The stems will snap off with a little pressure from your fingers.

This is where it’s good to have on latex gloves because your fingers are going to come in contact with a lot of resin.

Don’t discard these leaves. They’re good for other things (we’ll talk about that at the end). Just pile them on one of the empty cookie trays for now.

5) Snip Off The Sugar Leaves

After you remove the fan leaves, you’ll be able to see smaller leaves sticking out of the bud. Typically, just the tips of those leaves will emerge from the bud and you won’t be able to see (or get ahold of) the stems.