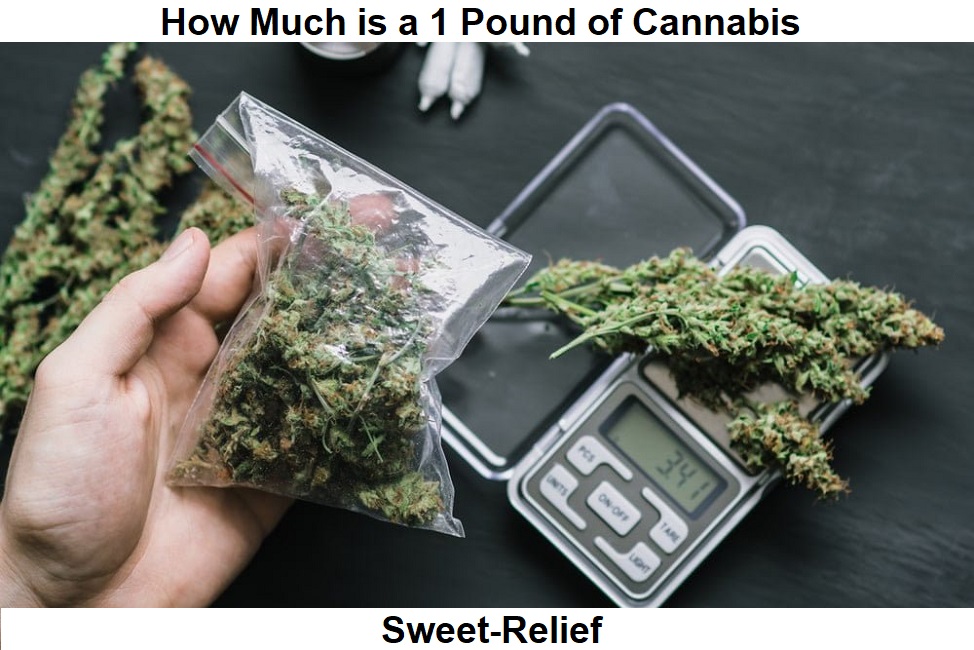 The short answer is 453 grams. The long answer has to do with the fact that most cannabis consumers purchase weed in smaller amounts ranging anywhere from a gram to an ounce. And while an ounce or two is often the most you can legally obtain at one time, an ounce isn’t the highest unit of measurement for weed — from a retail standpoint anyway. Growers, buyers, and dispensary owners all deal with larger volumes of weed and therefore measure in higher quantities.

And that’s where pounds come in.

Measuring in pounds is more efficient for high volumes of weed. Measuring and packaging weed in larger volumes, like pounds, also makes it easier to process and ship.

If you’re curious to know how a pound of weed is measured and broken down, how many grams are in a pound of weed, and how you can be sure you’re getting a full pound, this is the guide for you.

What is a pound?

You already know a pound (lb for short) is a unit of weight that’s equivalent to 16 ounces. If you live in the United States, you probably have a rough idea of how many pounds you weigh and an ambivalent feeling about the metric system the rest of the world uses.

In the context of weed measurements, a pound of weed is an extravagant amount for the average cannabis enthusiast and an everyday measurement for growers, buyers, and dispensary owners. That’s because cannabis flower doesn’t weigh that much for the amount of volume it takes up. To understand the true scale of a pound of weed, it’s important to know how many grams are in a pound of it.

What is a gram?

Technically, the definition of a gram is a “metric unit of mass equal to one-thousandth of a kilogram.” In the context of weed, a gram is enough to roll a sizeable joint, pack a few small bowls, or get several sessions out of a dry herb THC vaporizer.

People who don’t consume weed on a daily basis or weed enthusiasts who want to sample a new strain without committing to a higher volume benefit from weed being sold in grams and eighths. Grams offer consumers the opportunity to get the weed they need in smaller quantities.

But the holy grail of weed weights is the eighth — aka an eighth of an ounce of weed, aka 3.5 grams. For the vast majority of cannabis consumers, buying weed in quantities larger than a few grams at a time doesn’t make much sense practically or financially.

How many grams are in one pound of weed?

Technically, there are 453.59237 grams in a pound, but for our purposes, let’s round down to 453 grams. With 453 grams, you could roll 453 large joints, twice as many half-gram joints, or pack upwards of 1,000 bowls. Since most premium weed maintains its quality for about six months, even daily consumers are unlikely to use a full pound of weed before it dries to a crisp or gets exposed to moisture and spoils.

Break it down to fractions of a pound and you get amounts that sound reasonable for consumption. For example, a half-pound of weed contains 224 grams. A quarter-pound contains 112 grams. And an eighth of a pound? 56 grams.

For reference, let’s take a look at the gram breakdown of each of the main weed measurements:

What are the different ways a pound of weed can be broken down?

By now you’ve probably surmised that a consumer can’t walk into a dispensary and purchase a pound of weed. Consumers use smaller units for measuring cannabis.

An ounce is typically the largest amount you can buy in a dispensary and it can also be broken down into fractions — halves, quarters, and eighths — for consumers who want a smaller quantity of cannabis.

Here are some of the different ways a pound of weed can be broken down into smaller units:

What does it take to grow a pound of weed?

For the average home cultivator with a few plants, the idea of growing an entire pound of marijuana may seem daunting. For the pros, it’s a little easier but still requires a lot of work, calculations, experience, money, and energy.

First, the money. While it can vary wildly by producer, in the US in 2020 it cost an average of $100 to produce a pound of dried flower when growing outdoors, $233 in a greenhouse, and $396 indoors, according to an online survey conducted by Statista. The average strain in the hands of a grow pro who maintains ideal conditions will produce about a pound a square meter or 45 grams a square foot.

It comes as no surprise that outdoor-grown is the least expensive weed to produce when you know that lights, and the electricity to power them, are some of the most expensive components of canna cultivation. On top of that, you’ve got rental costs for the land and/or buildings, HVAC systems to maintain the perfect grow environment, water, soil, nutrients, labor, seeds or clones, lab testing, harvesting, packaging and transportation, and a whole bunch of taxes.

For home growers, one popular site estimates a cost of $2,000 to produce a pound of indoor-grown marijuana in a 4-by-4 tent with a 600-watt lamp. If you want to grow your own for fun or to experiment with strains, go for it. But be aware you’re not likely to produce high-quality, less expensive weed than large grow operations run to maximize efficiency and yields.

How can you make sure a pound of weed is actually a pound?

There’s really only one way to accurately measure a pound of weed and that’s by using a scale. But what type of scale, you ask? Let’s say you’re, theoretically, looking to buy a single pound of weed. In that case, it’s important to use a scale that’s specifically designed to measure smaller weights, ideally by the gram. If you use a scale that’s meant for measuring larger weights, it might not be as accurate and you might not get an accurate measurement of how much weed you’re dealing with. Breaking it up into smaller amounts and adding up the total is the most precise way to go.

That said, consumers of legal age in any legal market can easily watch their budtender measure out their requested amount of flower. So long as you’re making your purchase in a licensed dispensary, you can also rest assured any prepackaged jar of weed will be accurately labeled.

Whether you’re a casual cannabis consumer or you work directly in the cannabis industry, it’s important to empower yourself with as much knowledge as possible. Now that you know how many grams are in a pound of weed, you can embark on your cannabis journey equipped with the understanding that a little can go a long way.