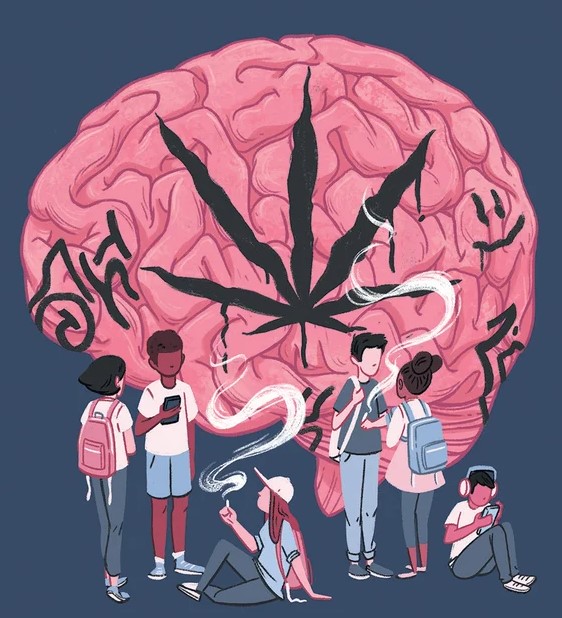 The drug known as marijuana, weed, pot, dope, grass, and a variety of other names is made from the cannabis plant. You can inhale it, smoke it, vape it, or ingest it. Marijuana is used for pleasure and enjoyment by the majority of people. But certain doctors prescribe it for a variety of ailments and symptoms.

What’s the definition of cannabis?

Cannabis is a genus of three plants with psychoactive properties known as Cannabis sativa, Cannabis indica, and Cannabis ruderalis. When the flowers from these plants are harvested and dried, you have one of the world’s most common illegal drugs. Some people refer to it as marijuana, while others call it cannabis or herb.

As weed becomes increasingly legal, its names are changing. Today, more and more people use the term cannabis to refer to marijuana. Some say it’s a more accurate name because it implies nothing about a person or their habits. Others feel that calling it “cannabis” is somehow less inflammatory than terms like “weed” or “pot,” which have been linked with illegal activity in some people’s minds. In addition, the phrase “marijuana” has fallen out of favor owing to its racist history.

Cannabis is typically used for its soothing and relaxing effects. It’s also used to treat a variety of health problems, including chronic pain, glaucoma, and lack of appetite, in some parts of the United States. While cannabis comes from a plant and is thus natural, it can still have strong impacts that are both beneficial and harmful.

What Does Marijuana Do?

THC attaches to receptors in the membranes of certain brain nerve cells, triggering a series of cellular events that culminate in marijuana’s euphoric high. People take cannabis because it makes them feel happier and less tense. Euphony, visions, and paranoia are all possible effects depending on the amount of THC present.2

The most popular way to consume marijuana is to smoke it. It’s frequently rolled into a “joint,” fashioned into a “blunt” out of an empty cigar casing, or smoked in a pipe or water pipe bong.

Smoking or eating various types of THC-rich resins extracted from the cannabis plant is another popular technique of administration. It may be baked into cakes, cookies, or sweets (called edibles), as well as brewed in tea.

Marijuana contains chemicals that alter both the brain and the body. It may be addictive, and it has the potential to cause harm to some people’s health. Marijuana is bad for you in many ways:

You Can Get “High”

The majority of individuals try marijuana for this very reason. THC, the primary psychoactive component, activates the pleasure portion of your brain. That stimulates the release of a neurotransmitter called dopamine, which gives you a euphoric and calm sensation.

THC has a half-life of approximately 30 minutes. If you vape or smoke marijuana, the chemical may enter your circulation quickly enough to induce a high in seconds or minutes. The THC level typically reaches its peak around 30 minutes later, and the effects generally last for between 1 and 3 hours. Drinking or eating marijuana can take many hours for you to fully sober up. You may not always know how strong your recreational cannabis is, nor do most doctors understand it properly.

It May Affect Your Mental Health

Not everyone’s marijuana use is pleasurable. It frequently induces anxiety, fear, or panic in individuals. Using marijuana may raise the risk of clinical depression or make existing mental problems worse. Scientists aren’t sure why yet. In large doses, it can make you paranoid and cause you to lose touch with reality, hearing or seeing things that don’t exist.

Your Thinking May Get Distorted

Marijuana alters your perceptions and judgment. The impact varies based on factors like the potency of your marijuana, how you consumed it, and how much marijuana you’ve used previously. It might:

You May Get Hooked

1 in 10 users become addicted. That means you can’t quit using it even if it causes damage to your relationships, career, health, or finances. The chance of addiction is higher the younger you start marijuana usage and the more you use it. If you use marijuana in your teens, the chances of becoming dependent are 1 in 6. It might be as high as 1 in 2 among those who use it every day.

You might also become physically addicted to marijuana. Your body may go into withdrawal, making you irritable, restless, unable to sleep, and forgetful about food. Find out how to identify the warning signals of marijuana addiction.

It May Impair Your Brain

Marijuana has been shown to make it more difficult for you to concentrate, learn, and remember things. This appears to be a brief-term side effect that persists for at least 24 hours after you cease smoking.

Using marijuana heavily, especially in your youth years, can have more long-term consequences. Marijuana may physically alter the brains of certain teenagers, according to tests with some – but not all – young people. They had fewer connections in parts of the brain involved with attention, learning, and memory, as well as lower IQ scores in some persons.

Your Lungs May Hurt

Cannabis smoke can irritate and inflame your lungs. If you use it on a regular basis, you might develop the same breathing issues as a smoker. That might indicate recurring hacking cough with yellow mucus. Your respiratory tract may be more vulnerable to infections because THC seems to reduce users’ immune systems.

It May Ease Your Pain and Other Symptoms

Medicinal cannabis is now permitted in at least some form in almost every state. Recreational marijuana is now legal in 10 states and Washington, DC. However, the federal government’s prohibition of marijuana has made it difficult to research its consequences on people. Medicinal marijuana appears to help:

You May Feel Hungrier

Many users of cannabis notice an increase in their hunger. This is known as “the munchies.” Some study indicates that it may aid those suffering from AIDS, cancer, or other illness by helping them gain weight. Researchers are researching this and whether it’s safe.

It May Harm Your Heart

Marijuana makes your heart work more. The typical heart rate is around 50 to 70 beats per minute. However, for 3 hours after the effects of marijuana take hold, the heart can beat 70 to 120 times each minute, which is considerably higher than usual. The extra strain and tar and other chemicals in marijuana may raise your risk of a heart attack or stroke. If you’re older or have pre-existing heart issues, the danger is even greater.

There are more than 14 million people who drink on a regular basis in the United States. More than 10 percent of drinkers have used marijuana in the previous year. When cannabis is mixed with alcohol, the risk of drunk driving, legal, professional, or personal difficulties roughly doubles when compared to drinking alone.

Mothers who smoke marijuana while pregnant are more likely to have underweight or premature babies. However, researchers are not sure if these infants are more prone to have difficulties in school, misuse drugs, or other issues in their lives as they get older.

Connection to Cancer Is Unclear

Researchers have yet to find a link between marijuana smoking and lung, head, or neck cancer. It’s possible that frequent cannabis use might contribute to one kind of testicular cancer. We don’t know enough about whether cannabis causes additional malignancies, including:

Cannabidiol, or CBD, is a chemical derived from both cannabis and hemp plants. It won’t make you high. CBD oil and other forms of CBD can be manufactured from it. Some people use CBD to relieve pain, epileptic seizures, and other health issues. However, scientists aren’t sure how effectively it works or whether it’s safe long term. Because of limited government regulation, you may not always know exactly what you’re purchasing

Ways to Use Marijuana

You can use pot in a variety of ways. Smoking usually offers the quickest way to feel its effects:

Cannabis has been used as a spice for millennia. In addition to being used as a food flavoring, it is also mixed into candy, cookies, cakes, and alcoholic drinks. Because marijuana must pass through your digestive system before reaching your bloodstream, eating and drinking the drug delays the high. So you may feel anything from 30 minutes to 2 hours after eating or drinking cannabis edibles. Edibles deliver a heightened feeling that lasts longer than smoking or vaporizing marijuana – up to 8 hours in some cases – which makes them more enjoyable.