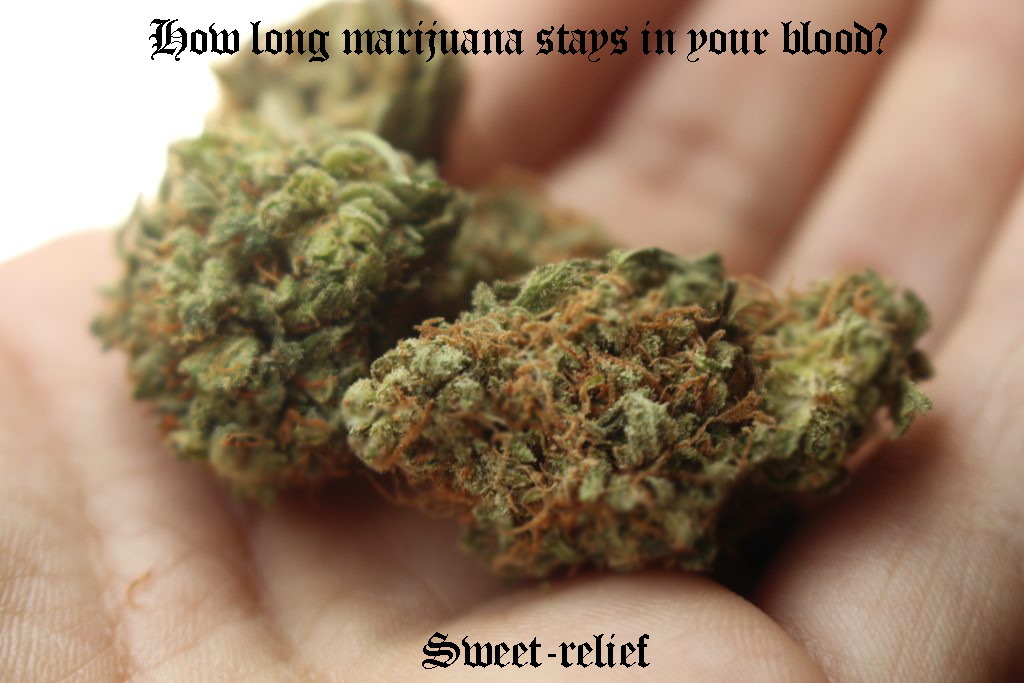 It varies according to dose

Weed, also known as marijuana or cannabis, is usually detectable in bodily fluids for 1 to 30 daysTrusted Source after last use. As with other drugs, it may be detectable in hair for several months.

Weed detection windows depend on how much you smoke or ingest, as well as how often. In general, higher doses and more frequent use are associated with longer detection times.

For daily users, cannabis may be detectable for several months after last use. The longest-reported detection times are more than 90 days.

Read on to find out the detection windows for cannabis in urine, blood, saliva, hair, and more.

How long is it detectable via drug testing?

Drug tests measure weed and its by-products, or metabolites. These metabolites remain in your system long after weed’s effects have worn off.

According to Mayo Clinic Proceedings, weed is detectable in urine for the following amounts of time after last use:

Occasional users (up to three times a week): 3 days

Cannabis metabolites are fat-soluble, which means they bind to fat molecules in your body. As a result, it can take some time for them to leave your system.

Urine testing is the most common testing methodTrusted Source.

According to an article in Therapeutic Drug Monitoring, weed is typically detectable in the blood for 1 to 2 days. However, in some cases, it’s been detected after 25 days. Chronic heavy use increases the length of time that it can be detected.

Blood testing may be used in laboratory settings or to indicate recent use of weed.

How much do you have to smoke to fail a drug test?

Drug tests can detect relatively small quantities of THC, and the amount of THC in a given marijuana cigarette varies. However, little research has examined exactly how much a person must smoke to fail a drug test.

A 2017 studyTrusted Source reports on testing where hair samples from 136 marijuana users reporting heavy, light, or no use of marijuana. For the study, researchers cut hair into 1-centimeter sections to test for exposure of up to a month prior.

Some 77 percent of heavy users and 39 percent of light users produced positive tests. No non-users had positive test results, suggesting that false positives in hair tests are relatively rare.

Numerous factors influence whether a test detects marijuana, including the following:

Marijuana drug tests look for THC, not marijuana. So the amount of THC that a person consumes is the significant factor.

The effects of THC are cumulative. This means that a person who smokes several times over several days has consumed a higher THC dose than someone who smokes once, and so they are more likely to test positive.

The strength of each dose of THC also matters. Without sensitive laboratory equipment, a person cannot reliably determine the strength of their marijuana.

How “high” a person feels is also not a reliable measure, because numerous factors other than THC dose can intensify or weaken this feeling.

Body mass index (BMI) is one way to judge body fat. However, since weight, and therefore BMI, increase with muscle mass, BMI is not a perfect measure of body fat.

Dehydration increases concentrations of THC in the body. While drinking lots of water is unlikely to affect a drug test significantly, severe dehydration might.

Exercise will not significantly change the rate at which the body metabolizes THC. Exercising before a drug test, however, might.

A small study of 14 regular marijuana usersTrusted Source assesses the effects of 35 minutes of exercise on a stationary bike. The results conclude that THC concentrations increased by a statistically significant amount, suggesting that exercise right before a drug test may increase the likelihood of a positive test result.

The researchers believe that exercise may cause fat cells to release THC. In their results, people with higher BMI had more significant increases in THC levels.

For a drug test to be negative, the body must eliminate THC from the system, as well as metabolic chemicals that have links to THC. People with faster metabolisms typically eliminate THC more quickly than those with slower metabolisms.

How to get marijuana out of the body faster

Dehydration can increase the chance of a positive result.

Ultimately, there are only two strategies that work for this, and they are decreasing the concentration of THC in the marijuana and speeding up the metabolism.

Proper hydration can prevent a drug test from showing unusually high THC concentrations. For people whose test results are on the border of positive and negative, this means that being dehydrated may increase the chances of a positive result.

There is no reliable way to speed up the metabolism. Exercise might help the body metabolize more THC, but exercising too near to a test may also cause a positive result.

The single most important factor is the time from the last exposure to the time of testing.