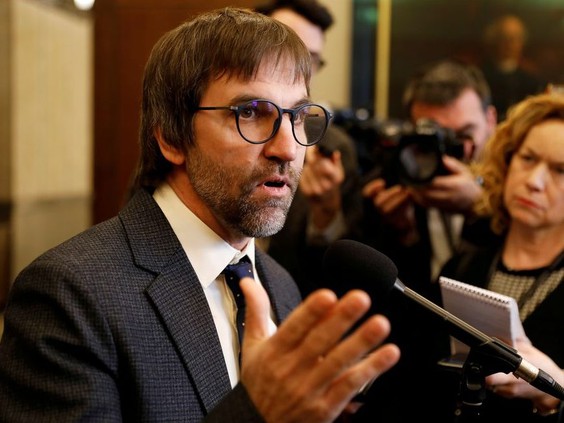 Since it was launched in 2003 so founder Mark Zuckerberg could judge who were the “hotter-looking” students at Harvard, Facebook has morphed in 16 short years into your grandparents’ social media.

It only lacks a whiff of lavender or the scent of Old Spice.

But it is worth untapped billions.

Guilbeault has been long working on a federal bill — not expected until the spring — that would put the kibosh on the ability of global tech giants like Facebook, Google, Twitter and Netflix to rake in tens of billions of dollars each year without paying tax in the countries they operate in, and putting a strain on Canadian media and creator finances.

When Facebook fought back in Australia last week by blocking all news content on its service over proposed legislation to make it and Google pay fees for new links, Guilbeault publicly ridiculed the action and said he will not back away if Facebook pulls the same stunt in Canada when he introduces a similar game plan.

Canada is now collecting allies and pledging not to back down if the social media platform shuts off the country’s news feeds as it did in Oz.

“It was the first ministerial meeting where we jointly started talking about what we want to do together regarding web giants, including fair compensation for media. We believe that there’s real strength in unity on that,” said Guilbeault.

“I’m a bit curious to see what Facebook’s response will be. Is Facebook going to cut ties with Germany, with France, with Canada, with Australia and other countries that will join?

“At a certain point, Facebook’s position will be completely untenable.”

The two megafirms — Facebook and Google — initially strongly opposed the legislation as unworkable, and Google threatened to shut down its powerful search engine.

In recent days however, Google has retreated and has announced individual compensation deals with major Australian publishers.

Despite this, William Easton, a top executive for Facebook Australia, is sticking to his position that the Aussie government has perpetually misunderstood the relationship between itself and the platform.

“As we have made clear to the Australian government for many months, the value exchange between Facebook and publishers runs in favour of the publishers — which is the reverse of what the legislation would require the arbitrator to assume,” said Easton. “Last year, Facebook generated approximately 5.1 billion free referrals to Australian publishers worth an estimated $407 million.”

Easton added that news makes up less than 4% of the content people see in their Facebook news feed.

“For Facebook, the business gain from news is minimal,” he said.

Prove it, says Guilbeault, adding the regulation is still needed even if platforms do reach arrangements with Canadian publishers.

“We want something that is fair, that is transparent, that is predictable. What’s to say that Google tomorrow, six months, a year from now, doesn’t change its mind and decide that that’s not what they want to do anymore?” asked Guilbeault.

“What would happen then to news publishers in Canada?”

As if he doesn’t already know.