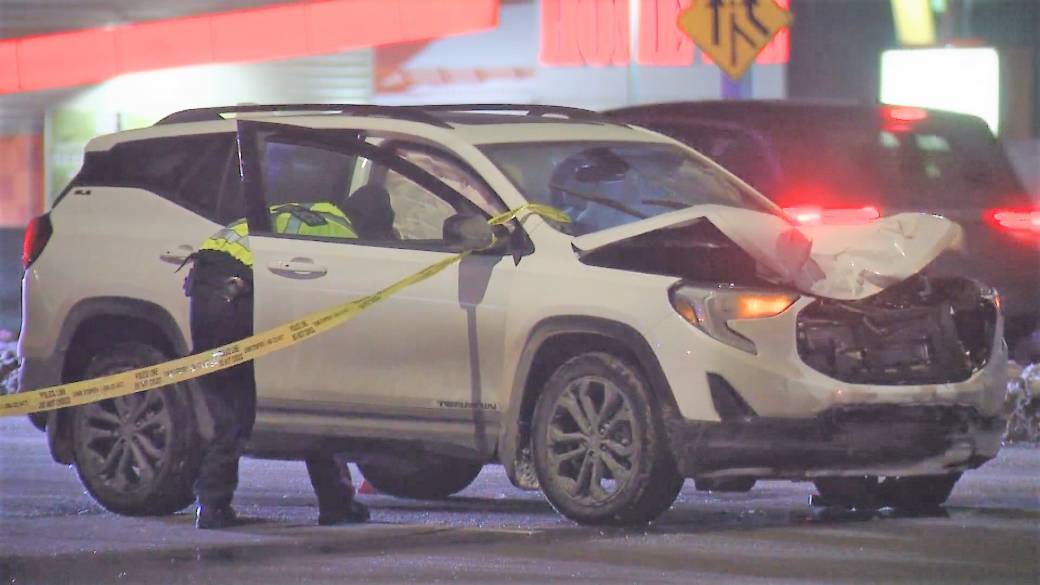 Calgary police say charges are pending against the driver of a vehicle that hit and killed one pedestrian and injured two others — including a child — near Chinook Centre on Thursday evening.

The crash happened near the intersection of Macleod Trail and Glenmore Trail at around 8:15 p.m.

Witnesses told Global News a group of people were crossing the street when they were hit by an SUV, including one person who was pushing a baby stroller.

EMS confirmed a child was rushed to the Alberta Children’s Hospital in serious, life-threatening condition.

EMS said an adult who was hit was also taken to hospital in serious condition, but their condition has since been upgraded to stable.

A second adult pedestrian was pronounced dead at the scene.

EMS said a fourth person, believed to be the driver of the vehicle involved, was taken to hospital as a precaution.

“I can’t imagine what that’s like to go through,” witness Nick Morrissey told Global News. “I don’t personally have any children but I have a niece that I’m close to and I can’t imagine anything happening to her.”

“It would be brutal to deal with that, especially when all you were doing was being out for a walk, or shopping — everyday stuff.

“You start off your day thinking it’s just another day … and then it ends up like this.”

The crash closed southbound lanes of Macleod Trail at 61 Avenue as police investigated.